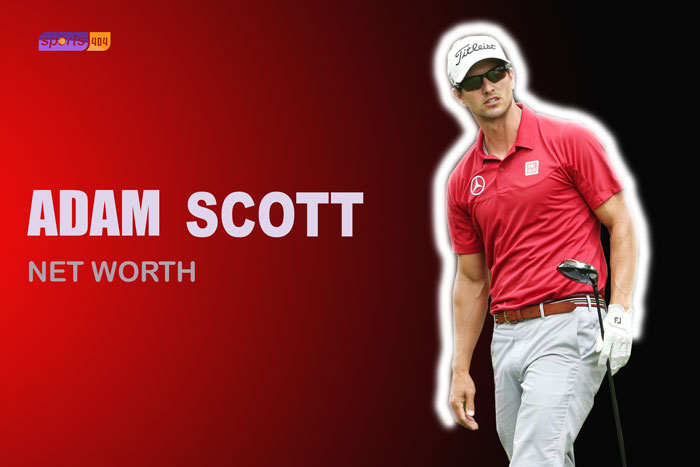 Adam Scott is one of the oldest active professional golfers competing on the PGA Tour. This 40-year old Australian golfer is competing in the 2021 Tournament of Championships which has a purse of $6.7 million.

This 6 feet tall Australian golfer mainly competes on the PGA Tour. You might not know, Adam Scott has won 31 professional tournaments.

His biggest win to this date was the Master’s Tournament, which he won in 2013. His other major golf wins include the 2011 WGC-Bridgestone Invitations, the 2016 WGC-Cadillac Championship.

With 31 professional wins to his name, Adam Scott must have garnered a big fortune. Got any ideas on how much could be Adam Scott’s net worth in 2021? Here are some exclusive details on Scott’s net worth, annual earnings, and endorsements.

Adam Scott turned professional in 2000. In his professional golf career, Adam Scott has enjoyed a great deal of success. His illustrious career has brought in a lot of money for this golfer too.

According to Celebrity Net Worth, Adam Scott’s net worth is $50 million in 2021. Well, his million-dollar fortune is highly evident why Adam is regarded as one of the best golfers of this generation.

This 6 feet tall standing Australian golfer has earned more than $50 million in prize money. By March of 2016, Adam has recorded $42.8 million in PGA Tour earnings alone.

Also, he has his European Tour earnings and other championship earnings to boost his career earnings. As of January 2021, Scott has over $55 million alone in PGA Tour earnings. In 2021, he has $228 thousand earnings from the PGA Tour.

Adam Scott’s net worth is the courtesy of his championship winnings and endorsement. Along with prize money, Adam Scott generates a big chunk of money through endorsements. Find out how much this Australian makes each year.

There was a time when Adam Scott used to be one of the highest earnings golfers in the world. Well, those glorious days of this Australian golfer are far beyond him now. Still, he continues to earn millions of dollars each year at this age.

He is 40 years old and is still going strong. In 2020, he earned over $2 million alone on the PGA Tour. So, collectively from his endorsement earnings, he could take home an average of $4 million these years.

In 2019, he managed over $4 million on the PGA Tour. His career-best PGA Tour earning came in the year 2016. That year, he took home a colossal $6 million from the PGA Tour.

He earned a whopping $9 million from his sponsors in 2014. Clearly, his endorsement game is on a good note. If this pro golfer is to do some wonders, still, he could be making a lot of money from his sponsors. This Australian golfer has Mercedes and Uniqlo as his sponsors.

Adam Scott was born to Australian parents, father Phil Scott and mother Pam Scott. He was raised in Adelaide, South Australia. He attended Lady George Kindergarten. Adam is a graduate of the University of Nevada, Las Vegas.

This 14 times PGA Tour champion is a married man since 2014. He got married to his partner Marie Kojzar in April of 2014. The couple exchanged their wedding vows in a small family-knit ceremony held in the Bahamas.

Scott and Marie Kojzar dated each other in the mid-2000s, before breaking up for some unknown reasons. They reunited again in 2013. They have two children, daughter Bo Vera Scott born in 2015, and a son named Byron Scott born in August 2017.

Adam has also dated tennis pro-Ana Ivanovic in 2010. Apart from his love for family and golf, Adam Scott is also fond of surfing. He is a supporter of AFL’s Adelaide Crows. 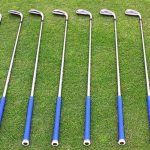 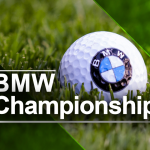