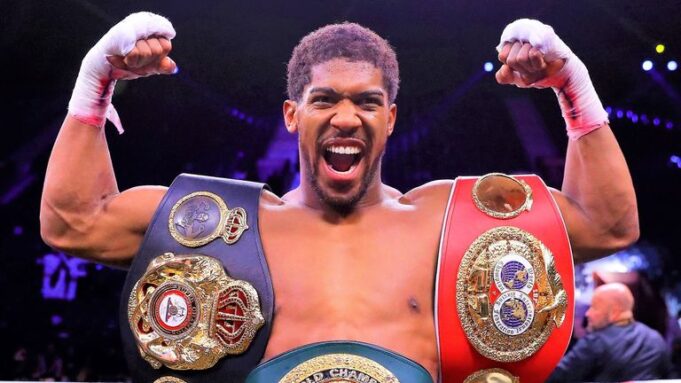 A fight that was originally scheduled for a date in 2017 is finally going to see its way to the ring in the Post Covid-19 world in 2020. The boxing bout between Anthony Joshua and Kubrat Pulev is one that has seen several postponements over the last few years, is finally set to be held in London, United Kingdom.

The Main Fight: Joshua vs Pulev

Since the world got affected by the Covid-19 pandemic, the boxing bouts have not been the same. With the absence of the fans along the ringside and the lack of boxing fixtures in general due to the virus spreading at such an unprecedented rate, a lot has changed.

This will be the first time since December last year that Joshua will be facing off an opponent in the ring. The last time the Brit athlete competed, he completed a successful comeback against Andy Ruiz Jr.

Meanwhile, Pulev has the opportunity to prove himself against the likes of a boxer who is currently ranked among the top 10 in the world. He has previously impressed with his performances against Hughie Fury, Kevin Johnson, and Derek Chisora.

With no firm favorites yet, the fight between Joshua and Pulev is one that has got boxing fans excited around the world.

The bout will be played for the WBA (Super), IBO, IBF, and WBO heavyweight titles currently held by Anthony Joshua.

Apart from the main event, there are also several fights that are taking place that day. These include:

Joshua will be entering a boxing ring after almost a year. The match is set to take place on the 12th December 2020. The event in London starts at 1800 hrs GMT, however, the main event is set to take place at 2230 hrs GMT. The exact timings of the prime event may fluctuate a little depending upon the prior events.

Bearing in mind the recent pandemic, the event will be observing the Covid-19 standard guidelines as announced by the UK government. Moreover, the event will have a facility that will be able to host around 1,000 guests.

How to watch Joshua v Pulev?

You can watch the highly anticipated fixture between Anthony Joshua and Kubrat Pulev through various online streaming services.

For the United States, DAZN will live stream the bout. The US-based streaming service, which launched on December 1 will be broadcasting it live on its portal. This service is not only available in the host country but also in more than 200 countries around the world.

The boxer from Watford held an impressive record prior to his encounter with Andy Ruiz Jr. Joshua was an undefeated heavyweight boxer with an impressive total of 21 KOs out of 22 fights.

His impressive stats however were put on the test against the Mexican-American boxer. Anthony lost his titles Anthony Joshua vs Kubrat Pulev, and the bout, to Andy Ruiz Jr. during their first fight. This was a major upset as the Brit was tipped to win the game easily.

It wasn’t until the rematch that he got back that Anthony was finally able to get back to his winning ways, defeating his opponent and winning back his titles.

During an interview, he said:

“I had my little slip-up last year [against Andy Ruiz Jr.]. We’ve brushed it off and we’ve got the belts back and now I’m going to go out there and get back on the gravy train and fight the likes of Fury 100 percent”.

Joshua is looking forward to his fight against Pulev, one that he feels confident about winning. He’s anxious to face fellow Brit boxer, Tyson Fury, in 2021. A lot of fans are eager to see the encounter between the two highly-rated boxers, making it one of the most sought-after fights expected next year.

Pulev has an impressive boxing record, and like Joshua, has only lost one during his professional career. The Bulgarian heavyweight has won 23 out of his 24 fights, winning 14 of them by KO.

His sole loss came against Wladimir Klitschko from Ukraine. However, the athlete has gotten back to winning ways since then, being victorious in 8 fights in a row.

It will be an interesting encounter between two heavyweight boxers with such impressive stats. With very limited fans seating available at the venue, it will be very difficult to secure Joshua vs Pulev tickets at the SSE Arena. However, one can certainly make sure that they don’t miss out thanks to living streaming the match.

In order to get a high-quality live stream for Anthony Joshua vs Kubrat Pulev, make sure you get your subscription today and enjoy online live streaming of the boxing bout between the duo. There are also free live streaming services available that feature prime-time sports events. To know more about them check out our website.