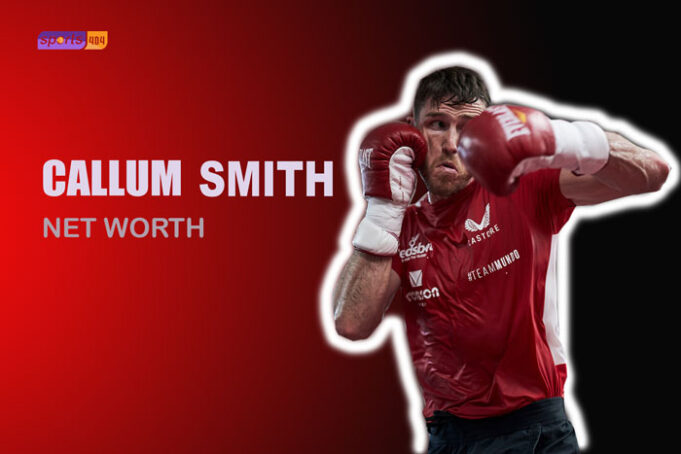 Hailing from a family of boxers, Callum has proven his reputation as a world-class boxer as his next encounter is set to decide his future. What is Callum Smith’s net worth? Read more to find out.

Callum John Smith is a British professional boxer who is the current WBA (Super) and The Ring magazine’s super-middleweight champion since 2018. He also has three older brothers; Paul, Stephen, and Liam, all of whom are professional boxers.

As an amateur boxer, Smith won silver at the 2010 Commonwealth Games, and gold at the 2010 Great Britain Amateur Boxing Championship.

Born in Liverpool, Merseyside, England, the Orthodox boxer has a perfect record of no losses. In addition, he has registered 19 wins by KO.

What is Callum Smith’s net worth?

It is estimated that Callum Smith’s net worth is $1.5 million with most of his revenue being derived from his pro boxing match purses.

It was reported that the WBA (Super) and The Ring super-middleweight title final between Callum Smith and George Groves has prize money of  £ 6.1 million, with the winner set to take the larger share.

Smith won that fight, and since then has successfully defended his title against Hassan N’Dam N’ Jikam (June 2019) and John Ryder (November 2019).

Callum is expected to fight Saul Canelo Alvarez on 19 December 2020 in San Antonio, Texas to defend his WBA (Super) and The Ring super-middleweight titles. Click here to know about the net worth of Canelo Alvarez.

Callum has one daughter with his current partner.

All three of his elder brothers being professional boxers. The ringster also has two younger sisters.

Callum has 148k followers on Instagram and 151k followers on his Twitter account which he uses to engage with his fans. Moreover, he also posts about endorsements and promotions on his social media.