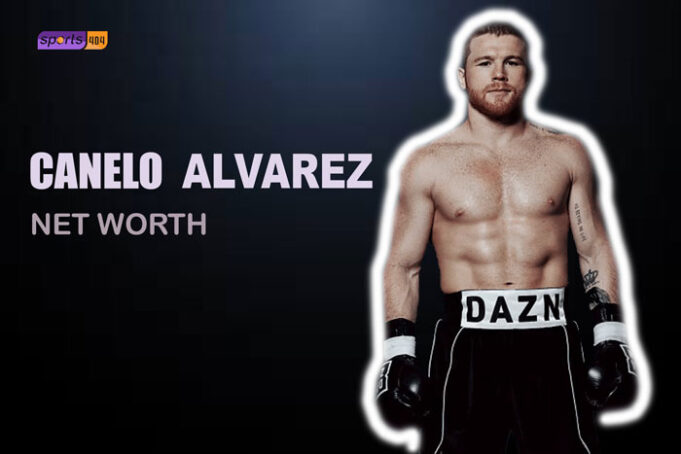 Here’s all you need to know about Canelo Alvarez’s net worth, and how much he earned in 2021 alone!

Santos Saul Alvarez Barragan is a Mexican professional boxer, born in Guadalajara, Mexico on 18th July 1990. He’s commonly known by his nickname, Canelo, which means Cinnamon in Spanish, particularly due to his red hair and freckles which are rare for people of Mexican heritage.

The 30-year-old is an orthodox boxer who is highly regarded for his mastery to deliver counter punches, as well as his reputation of being a formidable body puncher.

Apart from his physical ability, his intelligence as a boxer is also praised by experts. Especially his ability to set up traps for his opponents using a variety of combinations of punches and movement.

Saul Alvarez is arguably the best middleweight boxer in the world right now. Canelo’s only career loss is against the undefeated Floyd ‘Money’ Mayweather, with his current record of 53 wins, 1 loss, and 2 draws.

In 2019, the Mexican ringster fought and won both of his fights against Daniel Jacobs (USA) & Sergey Kovalev (Russia). Both of these fights taking place in Nevada, USA. Out of his 56 fights to date, 22 have taken place in the US, while the rest have been hosted in Mexican arenas.

Due to the Covid-19 pandemic, Alvarez didn’t have the opportunity to engage in another engagement in the ring, however, there are reports of an upcoming fight in December this year.

How much Canelo Alvarez earns?

According to Celebrity Net Worth, Canelo Alvarez’s net worth is a whopping $190 million. He earned $90 million between June 2018 and June 2019. Net earnings of Alvarez in 2021 are $37 million, out of which $2 million comes from his endorsements, as reported by Forbes.

In 2019, the Mexican ringster fought and won both of his fights against Daniel Jacobs (USA) & Sergey Kovalev (Russia), with both of these fights taking place in Nevada, USA. Out of his 56 fights to date, 22 have taken place in the US, while the rest have been hosted in Mexican arenas.

Some of Canelo’s major previous earnings per purse are as follows:

Apart from revenue from his fights, Canelo Alvarez’s net worth is also increased by a sizable amount of money from endorsements. Among these deals include brands such as Under Armour, Coppel Tecate, Hennessy, and Everlast.

He started his endorsement for Under Armour in 2012 when he wore gear from the company during his training and fights. Moreover, his gloves have been Everlast since 2014.

The Mexican’s deal with his home country’s Tecate was signed in 2016, thanks to his then promotions company, Oscar de la Hoya’s Golden Boy Promotions. He later signed another deal with Hennessy, a cognac producer, and later used their mantra, “Never Stop. Never Settle”, in his fights.

Mr. Alvarez is pretty big when it comes to social media. His active presence has resulted in more than 7 million followers on Instagram, 1.5 million on Twitter, and 3.1 million on Facebook.

He has four children, three girls, and a boy. Canelo is not currently married, however, he is reportedly dating Fernanda Gomez, with whom he has a daughter, Maria. Not much is known about Ms. Gomez apart from her Instagram account, where the Mexican four-division world champion features frequently.

Canelo primarily posts about his boxing activities and promotions. However, some of his posts feature his family, as well as flaunting his range of flashy cars. This includes Mercedes SLS AMG Black Series, Lamborghini Aventador, and Bugatti Chiron among others.

Alvarez has recently parted ways with DAZN. The American streaming service was contracted as his US-based promoter till 2020. Making him walking away from a $278 million deal with DAZN, granting Canelo the undoubted title of the highest-paid boxer in the world.

Despite parting ways with his former promoter, the Mexican champion is looking forward to a new challenge, with reports suggesting that he could be facing Britain’s Callum Smith as early as in December 2020, provided the deal goes through.