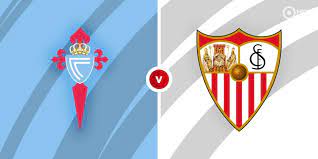 In the ninth match week of the 21/22 La Liga season, Celta Vigo welcome Sevilla CF. The recent history in this matchup in the last five meetings has been even between the two sides. Celta has won twice and drawn one from their five matches against Sevilla, losing the other two. Sevilla shares the same record as Celta, against them, winning and losing twice, drawing once.

Celta Vigo is in trouble, just after eight games of the season. for a club of their stature, they are perilously close to the relegation zone. With just seven points to their name from eight games, things do not look bright for them. They have already lost five games this season, and three of them came in their last five matches.

Although Sevilla has played one fewer game than those around them, they have done well so far. In their seven games, they have earned 14 points, and are one win away from going top of the table. They did lose their most recent fixture in the league but are well placed despite that. Sevilla sits fourth in the league at the time of writing.

You can watch the match at 14:15 GMT on 17th October on your chosen and preferred streaming platform and enjoy the match from anywhere on your streaming device.

How to Live Stream Celta vs Sevilla for free?