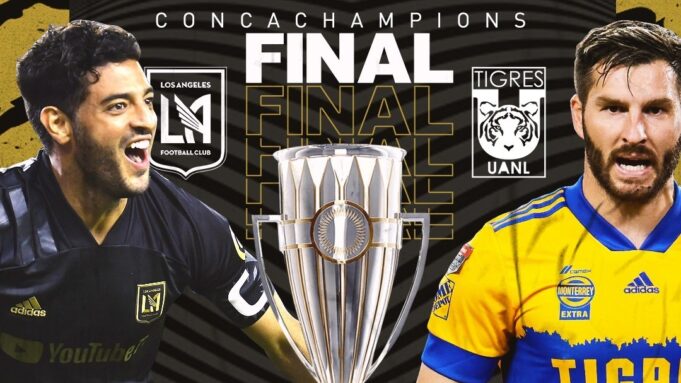 On the verge of making history, two clubs from different countries will be playing at the Exploria Stadium. Tigres UNAL vs LAFC; a fixture to win the right to be called the Champions of the 2020 CONCACAF Champions League.

The 2020 Scotiabank CONCACAF Champions League final will feature Tigres UANL against Los Angeles FC. The Exploria Stadium in Orlando, Florida match will be hosting the final. This winner will mark the team’s first continental title to their name since either of the club’s inception.

The winner of the 2020 CONCACAF Champions League will result in a debutant champion, marking the first continental title for LAFC or UNAL respectively.

In the world of soccer, the term ‘Champions League’ often refers to the European club competition, officially known as the UEFA Champions League. This is one of the most-watched club competitions in the world which features the likes of Real Madrid, FC Barcelona, Bayern Munich, Liverpool, and Juventus. These are some of the biggest names in the sport with some of the best athletes in the sports competing for the prized title.

However, the Champions League has an entirely different meaning in the North American continent. The CONCACAF Champions League is the official club based competition for clubs and leagues competing in the region. This includes clubs from the USA, Canada, Mexico, and the Central American states.

Mexico is by far the most successful country when it comes to the tournament. Since the start of the CONCACAF Champions League era, in 2008, clubs based in Mexico have won all the editions of the tournament.

Meanwhile, the American-based MLS clubs have struggled to make a mark in the continental tournament. Since the Champions League era, only 3 MLS teams have to reach the final of the tournament. These include Real Salt Lake (2011), Montreal Impact (2015), and Toronto FC (2018).

Club America is the most successful team in the CONCACAF Champions League, winning the title a total of 7 times. The last time America won the title, they defeated Tigres UANL on an aggregate of 4-1. This was also the first time UANL featured in the tournament’s final.

Major Soccer League teams have not enjoyed the same level of success in the tournament. Only LA Galaxy (2000) and DC United (1998) have managed to win the CONCACAF Champions League once each.

Los Angeles FC is featuring in the CONCACAF tournament for the first time. If LAFC wins the title this year this will establish a new record for a debutant club.

The CONCACAF Champions League Final will be broadcasted live on several platforms in various countries. These include the USA, Canada, Mexico, Central America, and other countries around the world.

In the United States, the CONCACAF Champions League tournament will be televised on NBC Sports USA, Fox Sports USA, and PBS Sports USA. For Spanish viewers in the USA, TUDN will be doing a live broadcast of the highly anticipated tournament.

In Mexico, the tournament will be televised live on Fox Sports, NBC Sports, and PBS Sports in Spanish.

In Canada, The Sports Network (TSN), and Reseau des Sportes (RDS) will be televising the fixture between the American and the Mexican club on the 22nd December 2020.

For Central America, fans can view the final of the tournament on PSN and ESPN for the Latin American audience.

Los Angeles FC was formed in Los Angeles, California in 2014. This made it one of the youngest clubs in the MLS franchise. LAFC plays their home games at the Banc of California Stadium. However, it wasn’t till the 2018 season that the football franchise started competing in the USA-Canada based Major League Soccer.

LAFC defeated three Mexican teams on their way to the final, including Club Leon, Cruz Azul, and Club America. They have a 100% success rate against Mexican teams in the tournament, and with the final being against another Mexican team i.e. Tigres UANL, there’s a decent probability that they might be able to make history.

Moreover, if the Los Angeles based club wins against UANL on Sunday, this will create a new record. For the first time in the tournament’s history, a team has knocked out four Mexican clubs in a row.

Carlos Vela has been a key player for the LAFC in this year’s campaign. Not only has the striker managed to perform in key moments, but his experience against the Mexican club also made a significant impact.

The 2020 CONCACAF Champions League Final will be the fourth time in five years that Tigres UANL has made it to the final of the based tournament.

UANL also reached the final of the 2015 Copa Libertadores despite participating as a guest team. The team also won 2015, 2016, and 2017 Liga MX Apertura. The 2019 Liga MX Primera Division Clausura was the last title won by Tigres.

The meteoric rise of Tigres in the last decade goes on to show their dominance not only on the domestic level in the Liga MX but also on the continental level.

For more information regarding live streaming of soccer matches from Major League Soccer, Liga MX, and the CONCACAF Champions League follow our website for the latest updates and links.

You can also use different VPN services for accessing content for live streaming and broadcasts from around the world. They can also be used to watch premium sporting events.