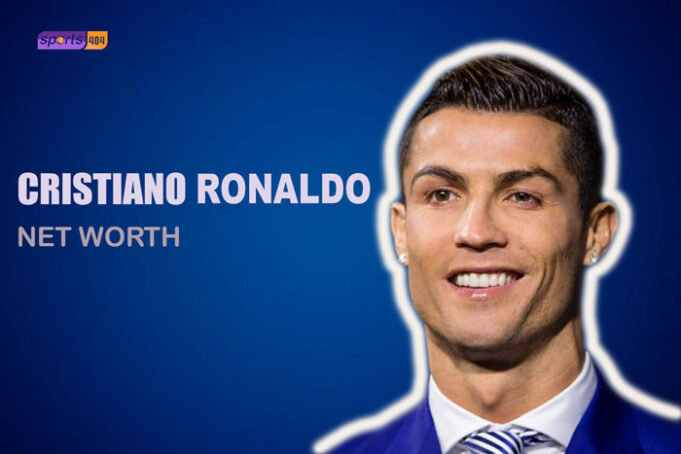 Cristiano Ronaldo is a well-known Portuguese soccer player. He is considered one of the most successful and marketable athletes in the world. Cristiano Ronaldo’s net worth made him appear in the 2016 Forbes’ highest-paid athletes list valued at $88 million. But now, in 2021, he has achieved new heights of success with a net worth of $500 million.

Ronaldo made his debut in 2003 at the age of 18 years, while playing for the well-known football club Manchester United. And soon after his debut, he helped MU to win three prominent football titles:

After his ultimate success in Manchester United, Ronaldo was transferred to Real Madrid which was worth £80 million at the time. During his time in Real Madrid, Ronaldo won almost 15 trophies and was named the club’s highest goal scorer of all time. Ronaldo, aka CR7, remained in Real Madrid till the year 2018, after which he joined the Serie A club Juventus, and currently plays for the same club.

What is Cristiano Ronaldo Net Worth in 2021?

Cristiano Ronaldo’s net worth in 2021 is almost $500 million making him one of the richest athletes on the planet. His main source of income is football, with an annual base salary of about $70 million.

Cristiano Ronaldo’s net worth also includes the many brand endorsements, they are supposedly responsible for making almost $40 million per year for him. Ronaldo’s most prominent endorsement deals are with Nike, Tag Heuer, and Clear.

In 2016, it was rumored that Ronaldo signed a lifetime deal worth $1 Billion with Nike. Along with this, Ronaldo has his own clothing-line and altogether this makes him the world’s first and only billionaire soccer player.

A major portion of his net worth is comprised of his lavish cars and high-end mansions. The most prominent cars in his collection are his $300,000 worth Lamborghini and $400,000 worth Rolls Royce. He also owns a $4.7 million Bugatti Chiron, a Bugatti Veyron, and an Aston Martin worth $200,000.  He currently lives in a 7-bedroom mansion, La Finca, worth $6.2 million, in Madrid. Moreover, he also owns a 2500 square feet apartment in Trump Tower, New York which almost worth $18.5 million. Apart from these, Ronaldo also owns a five-story mansion in the UK known as ‘The Alderley Edge Mansion’. However, he seldom uses it anymore. Ronaldo also owns an extensive stretch of private land on Madeira Island.

Cristiano Ronaldo’s mother, Maria Dolores was a cook and his father, Jose Aveiro was a gardener. He has one older brother and two sisters.

Currently, Ronaldo has four kids. His first son, Cristiano Jr. was born in 2010. Ronaldo then became the father of his twins in 2017, via surrogacy. He is currently in a relationship with the renowned model Georgina Rodriguez. They also have a child together who was born in the year 2017.