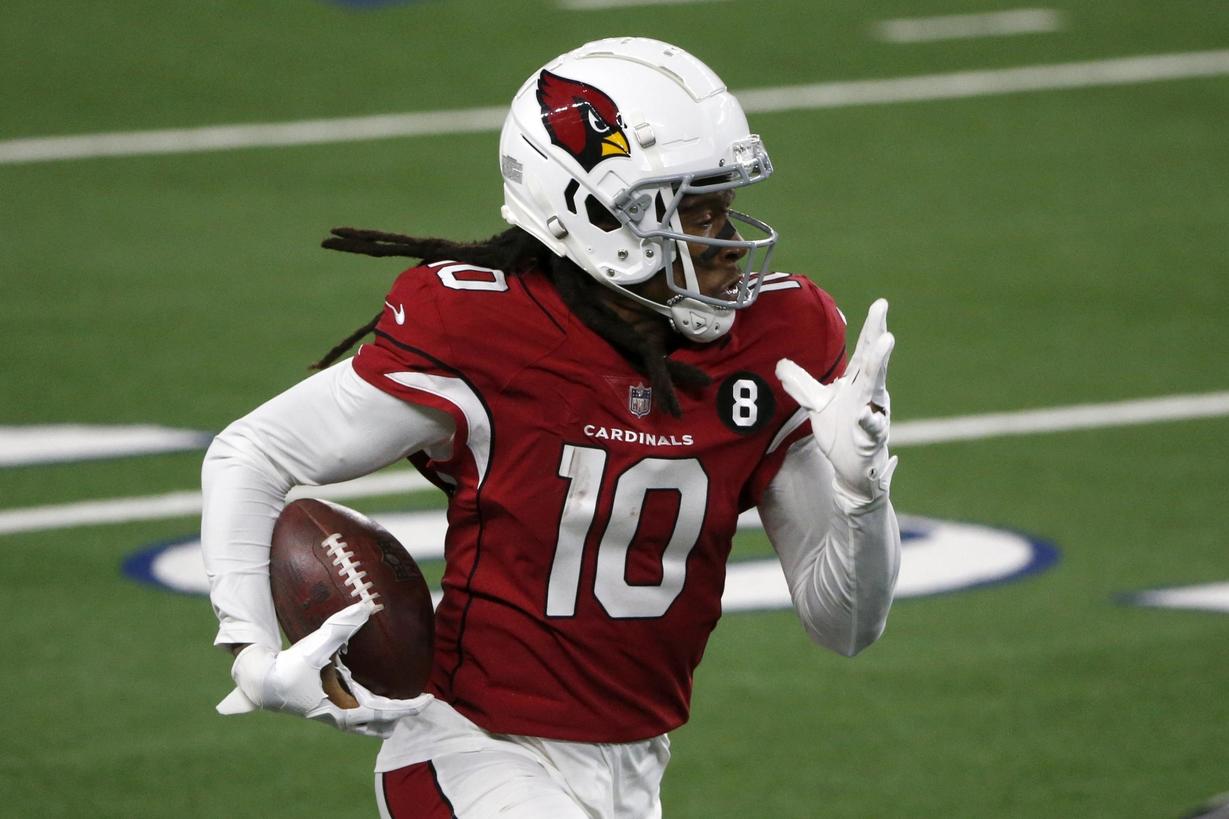 DeAndre Hopkins’ full name is DeAndre Rashaun Hopkins. He is a 29-year-old American football wide receiver. Moreover, he plays for the team of Arizona Cardinals in the NFL (National Football League). DeAndre Hopkins’ net worth in 2021 is $40 million. This talented athlete as a footballer started playing the game in his college years as well. He attended his college at Clemson University where he played for Clemson Tigers Football from 2010 to 2012.

Hopkins has made a lot of notable records in the National Football League. For instance, he has 5 Pro-Bowls (except 2016) in almost 6 NFL seasons from 2015-2020. He plays in the position of being a Wide Receiver(WR).

Hopkins attended D.W. Daniel High School in Central, South Carolina where he played football, basketball, and ran track and field. He was a full-fledged athlete from a very early age and records of which are stated for every analyst to comprehend.

Hopkins had 57 receptions for 1,266 yards and 18 TDs on offense and 28 INTs and 5 TDs on defense. With the basketball team, he played as a Shooting Guard(SG) and Point Guard(PG), scoring 1,453 career points. In his senior season of 2009–10, the Daniel Lions won their third South Carolina State Championship, and Hopkins was named the Independent Mail’s Player of the Year.

DeAndre was also rated as the 12th Best WR in the nation and the State of South Carolina. He received various rankings by reputable sports organizations, ESPN ranked him the 29th best athlete.

Hopkins’ run with the Clemson Tigers Football college record stands at 26-12. This notably includes a 10-4 record in the 2011 college campaign and was followed up by a 10-2 record campaign in 2012. He won the ACC Championship in 2011 in his sophomore season by defeating Virginia Tech in a 38-10 victory.

DeAndre Hopkins was selected by Houston Texans with their 27th pick in the first round of the 2013 NFL Draft. He played as the starting WR for Clemson Tigers Football from 2010 to 2012.

DeAndre Hopkins Net Worth in 2021

DeAndre Hopkins’ net worth in 2021 has been estimated to be around $40 million. The major sources of his wealth status are his NFL contracts, salary, and endorsements.

The deal would see DeAndre earn $27.25 million per year, which is the highest annual salary in league history for a non-quarterback. It is a new green pasture that has taken a fair amount of time to arrive in the case of players in positions except the QB, one which has greater value and lucrative deals attached closely. Such deals would only signal, greater appreciation for the work that players in the WR position carry out and get their due recognition.

DeAndre Hopkins is also an endorser and investor in different startups notably Oars & Alps, a natural skincare company for men.

The Arizona Cardinals WR has also invested in the Sports drink company BioSteel signing a multi-year deal with the company which sold sugar-free beverages to athletes.

Hopkins also occupied himself with commercial endorsements earning him a reported $1.2 million annually, primarily and largely from a multi-year deal with Adidas. But the future looks as bright as ever for this talented wide receiver and his stock will be on an exponential rise with him entering his Prime years with the Cardinals organization also entering a crucial 2021 NFL season.

The trade by the Arizona Cardinals in 2020 became more apparent as a masterstroke as Hopkins continued to produce like one of the elite wide receivers in football. He recorded 115 receptions for 1,407 yards and six touchdowns in 2020, earning Pro Bowl and second-team All-Pro recognition. Below are some of the achievements that Hopkins has achieved throughout his career: