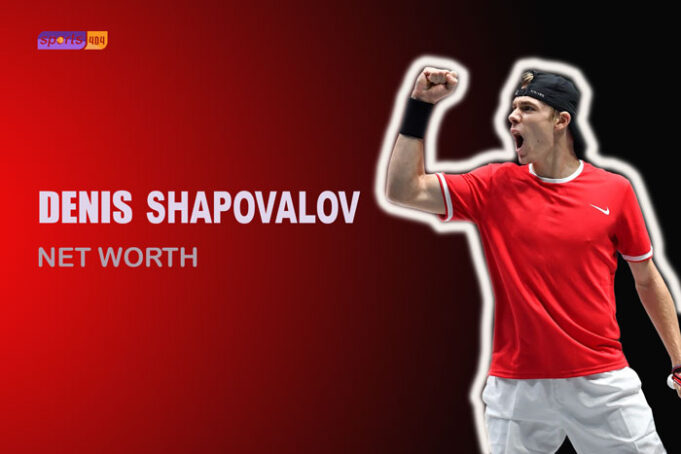 Denis Shapovalov is a Canadian professional tennis player who is currently ranked 12th by the Association of Tennis Professionals (ATP). He was the youngest pro tennis player to crack the top 30, reaching 10th as his best ranking so far.

The 21-year-old first rose to prominence in the 2017 Canadian Open where he defeated Grand Slam winners, Rafael Nadal and Juan Martin del Potro. He reached the semi-final for that tournament after these successes.

The athlete went to on feature in the semi-finals of the 2018 Madrid Open. Moreover, he reached the Round-of-16 in the 2019 Italian Open, and subsequently, the final of the 2019 Mercedes Cup in the double’s category.

Denis against the Big Five

The Israeli-born tennis player featured against Novak Djokovic in the 2019 Paris Masters. Although he lost the final against the Serb that year, his performance against the world #1 was certainly praised.

Denis has lost all 5 of his encounters against Novak. The same can be said of his record against Roger Federer, against whom he lost his only encounter.

However, the Israeli-Canadian has enjoyed more success against Rafael Nadal, whom he defeated in the 2017 Canadian Open. That was the only time he won against the Spaniard, as he lost his other two encounters against the former world #1. Meanwhile, he has lost twice against Wawrinka and lost only once.

The 21-year-old has yet to face, Andy Murray on the ATP tour.

What is Denis Shapovalov’s net worth?

He’s currently based out of Nassau in the Bahamas. The athlete’s mother coached him during his earlier years. Later on, Mikhail Youzhny coached Denis.