Sports404
Home F1 Esteban Ocon Has A Net Worth of $2 Million, His Annual Earnings 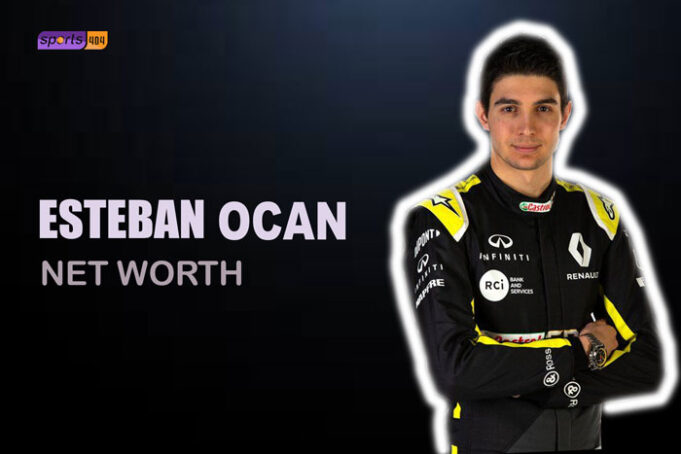 Esteban Ocon Has A Net Worth of $2 Million, His Annual Earnings. Esteban Ocon is a young F1 racer, how much does he earn a year? Details on Esteban Ocon career earnings and endorsement deals.

Esteban Ocon is a professional Formula One driver who began his F1 career in 2016. This French professional F1 driver from Evreux, France drives in F1 for the Renault F1 Team under the French flag. In his first F1 season, Esteban Ocon drove for Manor Racing at the 2016 Belgian Grand Prix. Ocon joined Formula 2 in 2012 and was in F2 for two years. In 2014, he went on to drive in the Formula Renault 3.5 Series.

F1 professional since 2016, how much has Esteban Ocon earned? Find out how much is Esteban Ocon’s net worth and his annual earning in 2021.

How Much Does Esteban Ocon Earn in 2021 from Renault?

How Much Does Esteban Ocon Earn from his Endorsement Deals?

In his first F1 season with the Manor Racing MRT Formula One Team, Esteban Ocon hadn’t had any endorsement deals. Next year, in 2017, Esteban Ocon earned $500 thousand from endorsement deals. He earned $500 thousand from his sponsors in 2018 as well. Esteban is still looking to have a strong foothold in the Formula One grid and gradually there will be more sponsors lined up for him.

Last time out in @autodromoimola back in 2014 🇮🇹 Awesome memories can’t wait to be driving there again😁! #EO31

In 2020, Esteban is sponsored by the title sponsor of Force India, BWT. BWT is Esteba Ocon’s primary sponsor. His 2021 earning from his endorsement deals is not public yet. In 2021, Esteban is riding for one of the top F1 teams, the Renault Formula One Team. If he manages to outperform the majority of F1 drivers in 2020, he will have some more endorsement deals in the coming year. For Ocon, it is just a matter of time.

Have a Look at Esteban Ocon’s On-Track Achievements

Esteban Ocon grabbed his first podium place in his first European Formula 3 season. He kept his performance on the right track for the second season as well with a Formula 3 win. Ocon began his Formula One career in 2017 and in his first year in F1, Esteban Ocon had a 27-race finishing streak. In his second F1 season in 2018, Esteban Ocon finished in 12th place in the annual F1 standings. In 2019, Mercedes snapped him up and Esteban Ocon was a reserve driver for Mercedes. He drives for Renault in 2020 and is under a two-year contract.