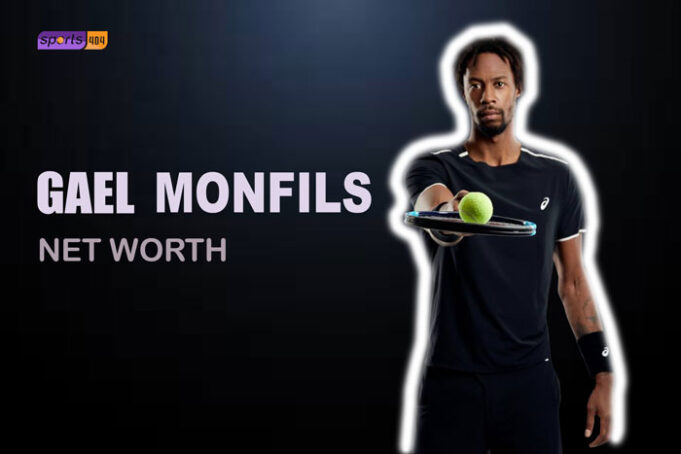 Gael Monfils is a French professional tennis player who is currently ranked 11th by the Association of Tennis Professionals (ATP). He reached a career-high of 6th in his pro tennis tenure.

He was also named as the 2005 ATP Newcomer of the Year. Over the course of his career, he has won several ATP  men’s singles. Monfils first ATP title came at the Sopot Open in Poland. He has shown that his strength lies in clay courts.

With a 72% win rate at the French Open, Gael has the best performance at the clay court-based Grand Slam. Followed by 69% at the Australian Open at 66% at the US Open, both being hard court. His least performing court has been green with only a 59% win rate at Wimbledon.

The right-handed baseliner uses placement and consistency to beat his opponents. His court coverage and athleticism are admirable. Due to that, the Frenchman is able to compete with hard-hitters on hard court and retrieve tricky balls while going on the offense quickly.

Despite his being 34-year-old, he believes that he can go on to play at the top level till he turns 40. This is something of a trend that has been seen in several sports, including Cristiano Ronaldo, who is committed to playing professional football till he turns 40.

What is Gael Monfils’ net worth?

Apart from his earnings, the Frenchman earns a decent amount of money through sponsorships. Initially, he was sponsored by Nike for his sports gear. However, that changed 3 years later as Asics sponsored him for clothes and shoes.

Gael has also been invested in raising money for charitable causes. Earlier this year, he and his girlfriend, Elina, pledged $100 for every ace they serve in the upcoming two tournaments.

The Frenchman is married to a Ukrainian pro tennis player, Elina Svitolina. She is currently ranked 5th by the WTA. The Frenchman revealed his relationship at the 2019 Australian Open.

He has also appeared in the music video ‘Hello‘ by Martin Solveig and Dragonette.

Monfils is currently residing in Switzerland with his Ukrainian girlfriend, Elina. He’s trained by Liam Smith since 2019.