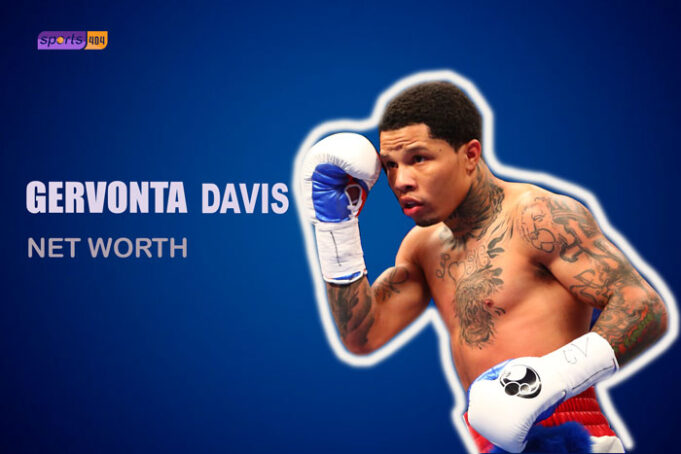 Born in Baltimore, Maryland in the USA, 5-year-old Gervonta started training to become a world-class boxer. Who knew that the youngster would go on to become the best professionals coming out of the region? Read more about Gervonta Davis’ net worth here.

The Rise of Incredible Gervonta Davis

Nicknamed ‘The Tank’, Gervonta Davis has a reputation for steamrolling his opponents to defeat.

The Transnational Boxer Rankings Board has ranked Gervonta as the best super featherweight fighter.

BoxerRec ranks him as the second-best lightweight boxer currently active in the world. Coached by Calvin Ford, he trains at the Uptown Boxing Center in Baltimore.

Leo Santa Cruz from Mexico was the latest victim of the Tank’s KO victory series.

Davis earned $1 million for his fight against Hugo Ruiz. The earning purse is set to increase in future fights for the lightweight boxer.

Gervonta Davis’s net worth is estimated to be around $4 million according to Celebrity Net Worth.

The American boxer has plenty of good years ahead of him. Apart from the income from fights, he also earns through endorsements, such as his contract with Under Armour.

The 26-year-old is predicted to earn more than his fellow compatriot Errol Spence if he keeps on going on the current projection.

Mr. Davis also likes to engage in charity work. He aims to connect to youngsters, helping them channel their aggression and use it constructively in the form of sports.

The American Southpaw boxer has appeared at Clothes4Soul and Macy’s coat distribution event in 2019. He claimed the charitable activities mean a great deal to him.

My mother proud of me..this who I gotta be! pic.twitter.com/KHx6rZ64Mx

Despite him being a superstar in the world of boxing, Davis has had a complicated relationship with the law enforcement authorities.

The ringster has been apprehended several times on charges of aggravated assault. He was also arrested for domestic violence as reported by his former girlfriend.