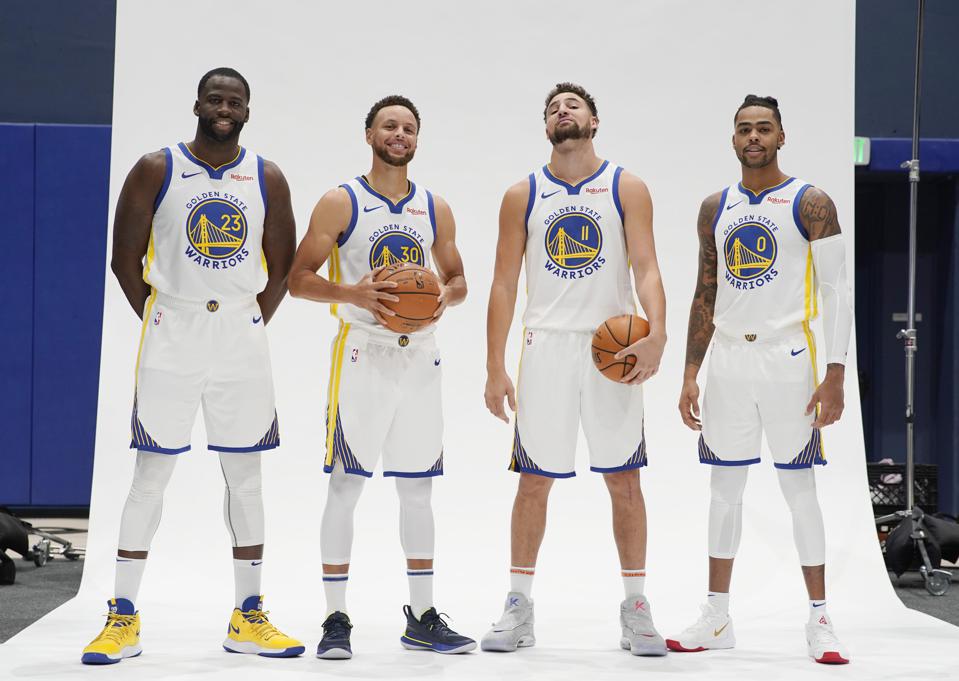 Golden State Warriors have not been able to lift themselves, ever since the loss in the NBA finals in the 2018-19 season in the hands of the Toronto Raptors. The Warriors failed to qualify for the playoffs in the 2019-20 season as well. And it seems like it would be again a tough job for the Steve Kerr’s man to get into the playoffs. So, if you follow the Golden State Warriors and want to know all the live streaming sites and applications, then you should go through this article.

The warriors had a dreadful start to the season, losing to Milwaukee and Brooklyn respectively. Ever since warriors aren’t able to muster up the win columns frequently. Their star man Stephen Curry is in fine form from the start of the season. It’s just that nobody was helping him out considerably from the other end. Golden State Warriors are currently scoring 113.0 points/game and allowing the same number of points in each game. So, the problem lies in the defense of the Warriors.

Stephen Curry and Draymond Green have been the standout performers for the Golden State Warriors. Kelly Oubre Jr. also seems to find his footing well lately. Steve Kerr, Golden State Warriors coach, would be hoping that Curry and co. would lead them at least to the playoffs. The Warriors are still in contention for the playoffs and they have to be at their very best if they are to reach the next round.

Golden State Warriors will meet the New Orleans Pelicans in the most crucial match of the season for both teams on May 3rd, 2021 at 7:30 PM ET time at Smoothie King Center Stadium, New Orleans city, USA. The Warriors are currently sitting at the tenth position in the Western conference while the New Orleans Pelicans are residing at the eleventh position in the conference. So, the last spot for the playoffs is up for the grabs. The warriors have been in good form lately with Stephen Curry consistently scoring Triples in every other game.

While the Pelicans have seemed to lost their way, with them unable to win consistently. So, it would be a hard job for the Pelicans to overcome the red-hot warriors. Being an NBA fan, you would don’t want to miss this series. So, here we will be mentioning some of the online applications where you can watch the live streaming of the Golden State Warriors vs New Orleans Pelicans.

Complete Schedule of Warriors for season 2020-21

Here is the complete schedule of Warriors for season 2020-21

Mid of the Season

NBA has gained immense popularity in the last decade or so. Whether you go to Europe or Asia, you will always find somebody who follows and talks about this sport. So, here we are going to mention all those broadcasters who cover the NBA in your region.

These channels are available on the Cable Tv and satellite Dish and you can get access to them by simply contacting your nearby service provider.

Golden State Warriors is one of the most prolific team in the NBA going around. The Warriors won the consecutive championships in 2017 and 2018. They also reached the championship final in 2019, only losing to LeBron James’s Cleveland Cavaliers in the last 7th game of the Final. And if you are a Warrior’s devotee and are in search of online streams to watch the games of Golden State, then you are surely at the right place. We will provide you with authentic sources that will protect you from malware but also lead you directly to the stream.

CBS Sports App and  MyTeams app are the most authentic sources that you can use if you live in the USA. but if you are unable to find these two, you can also go to NBC Sports Bay Area to watch the game live. NBA TV Pass is specifically launched to assist the NBA community living outside the USA.

Where can I watch Golden State Warriors for free- Live streaming

Many people don’t want to spend the penny on these hefty passes. But still, their love for the game compels them to find some free genuine sources that are malware-free and also have good coverage. We will provide you with some of the best original online streaming sites that are free and don’t possess any risk of malware. Some of the best cracked Reddit NBA streaming sites are listed below. 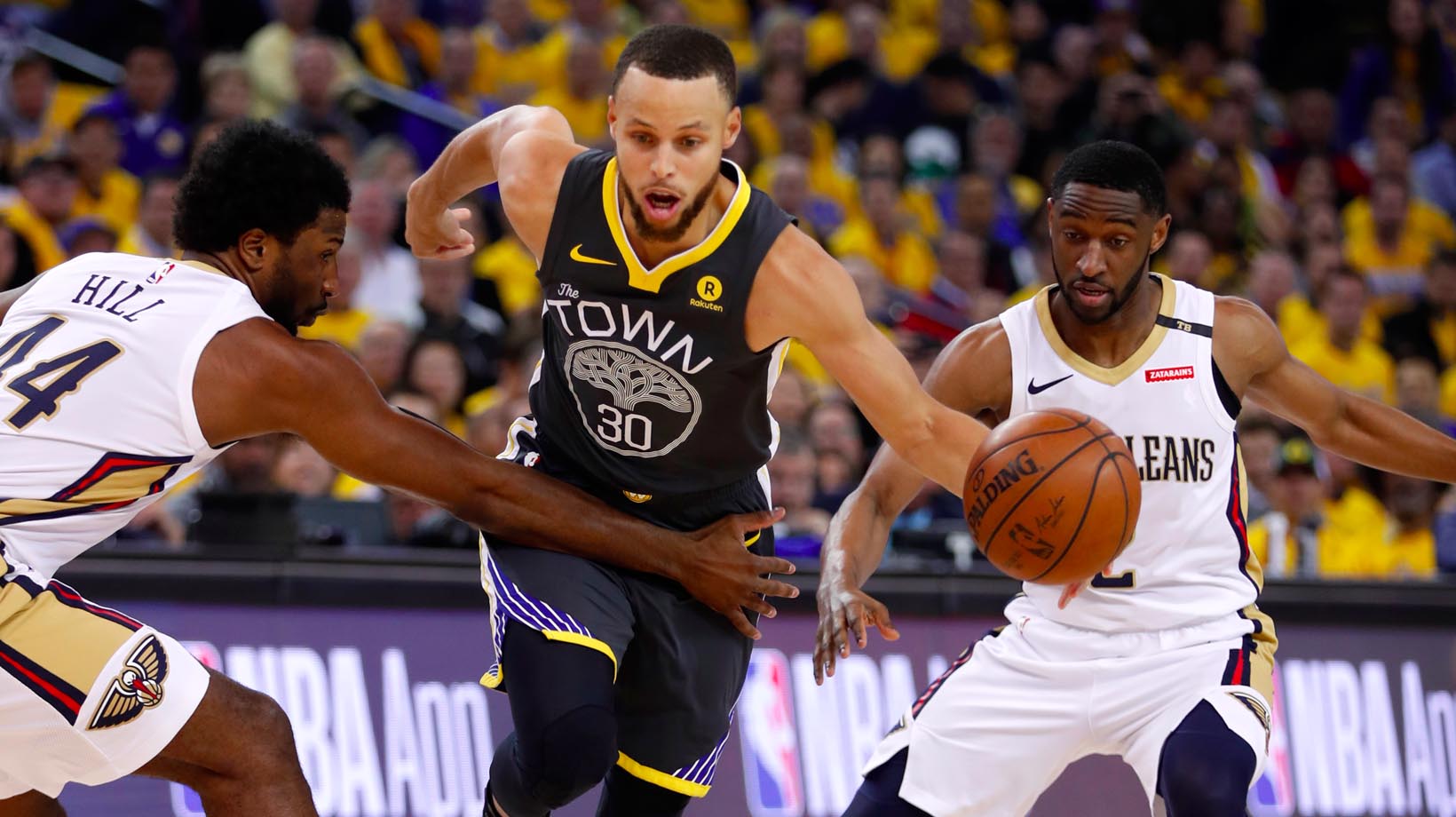 Golden State Warriors has seemed to lost his glamour in the last two seasons. The Warriors failed to qualify for the playoffs last season and it seems like it would be again a tough job to get into the main rounds. The Warriors are going head to head with the New Orleans Pelicans for the place in the Playoffs. Golden State is seated at the 10th position in the western conference and is closely followed by the Pelicans. So, it would be very interesting how the Warriors fare against the Pelicans.

The Warriors had a deep history with the L.A.Lakers. With L.A.Lakers also struggling to find their feet, the two teams would look to turn their fate around in the coming matches. L.A.Lakres are currently without their talisman LeBron James due to the injury. The Lakers would be hoping that James will be fully fit to help them in the playoffs. While the Warriors fans would be happy to see Stephen Curry at his best, helping out his team in crunch moments.

How to watch the Warriors in the USA-live streaming

The youth of the USA keenly follows the NBA. and whether their favorite team plays in the eastern conference or the western conference, they can watch them play by simply turning ON their TV sets. But not all the time, you can sit on your couch and watch the TV as you have to attend your high-schools as well go out with your friends. So, in these situations, you may look for some online applications that cover the game and shows high-resolution streams. Some of the best online applications for this purpose are as follows.

How to watch the Warriors in the UK-Live streaming

If you happen to live in the UK and keenly follow the NBA, then you don’t have to be upset as we will mention here some of the most notable sources that air the NBA in Britain. Sky Sports leads the charts in this regard and you can watch the Golden State Warriors on Sky Sports Main Event and Sky Sports Arena channels. SkyGO is an online application, launched by Sky Sports to help their viewers so that they don’t always have to sit in front of their TV sets. But if you don’t have the privilege of Sky Sports in your area, you can utilize NOW TV to watch the games online anytime in Britain. NBA TV Pass has also proven to be a good source especially for the natives of the UK. So, you can hook on to it to watch the live stream of the Warriors.

How to watch the Warriors in Canada- live streaming

TSN is a leading broadcaster of the NBA in Canada. So, if you live in Canada, you can go to the TSN to watch the game exclusively.  RDS and Sportsnet have also bagged the rights to air the NBA in Canada. You can use ESPN to watch the Golden State Warriors match. In light of the growing interest of the Canadian community in the NBA, NBA authorities have also launched their official broadcasting channel in the region to assist their viewers. It goes with the NBA TV Canada name.

How to watch the Warriors outside your country?

There is geo-blocking restriction in the developing countries of Africa and Asia. And if you happen to live in one of these countries you can use a VPN service to the best of your interest. so, here we are going to mention some of the best VPN services that are efficient in their streaming and are malware-free as well.

Where can I watch the Warriors highlights?

NBA uploads full match highlights on its official youtube channel. So, if you happen to miss the game, you can go to the NBA channel and watch every second of your favorite team match. But if you don’t have the time to watch the full game highlights, you can use the MLG highlights channel on youtube to watch the game. The thing that distinguishes them from the others is that they only cover the important aspect of the game. You can use Fox Sports to watch the highlights if you are based in the USA. But if you live in Britain or any other region you can use Sky Sports as well for this purpose.