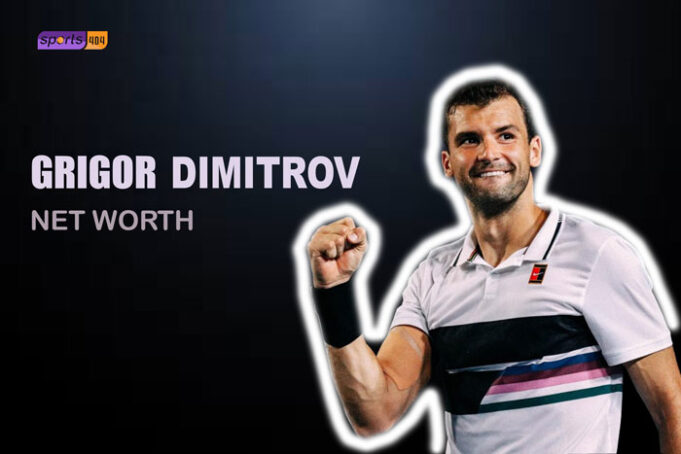 Grigor Dimitrov is a Bulgarian professional tennis player who is currently ranked as 19th by the Association of Tennis Professionals (ATP). He’s unarguably the most successful Bulgarian tennis player to date. He has been ranked 3rd which has served as his career-high ranking by the ATP.

Being the only Bulgarian to win an ATP title, Grigor has had a successful career since turning pro. He has won eight ATP titles during his career so far. The highlight being the 2017 ATP Final where he defeated David Goffin in the final.

Grigor has the highest win ratio on hard courts when it comes to the Grand Slams. His best performances have been at the 2014 Wimbledon, the 2017 Australian Open, and the 2019 US Open, where he reached the semi-finals.

He reached the US Open semi-final by defeating Roger Federer, being his only victorious encounter against the Swiss.

In terms of his playing style, Dmitrov has an all-rounder style of playing being very unorthodox among the current group of players. His ability to play on all ends of the court provides him flexibility making him a versatile player.

Athleticism, exceptional shot, and fluid style are some of the qualities Dimitrov exhibits. He has a powerful forehand, one that he applies to good use against his opponents. His solid fast serve, often known as a clutch, helps him getting ace points on important occasions.

He along with Roger Federer, Gael Monfils, and Nick Kyrgios, are known for their ability to produce trick shots that are difficult to pick up. He’s one of the few players to have defeated three of the ‘Big Four’ at least once.

The athlete has featured in the Davis Cup several times representing Bulgaria. Despite promoting his country to the Europe/Africa second division, he was unable to help Bulgaria to promote to the first division and win the Davis Cup.

Grigor has also participated in the Olympics, representing Bulgaria at the 2012 Olympics in London and 2016 Olympics in Rio respectively.

He was voted as the best young tennis player in Bulgaria in 2005, and the Bulgarian Sportsperson of the Year in 2014 and 2017.

What is Grigor Dimitrov’s net worth?

Apart from his prize money earnings, the 29-year-old has reportedly earned $5.5 million through endorsements. His list of endorsed brands includes but not limited to Nike, Wilson, and Rolex.

Initially, he was coached by his father, Dimitar during his early years.

The Bulgarian has dated some high-profile celebrities which includes the likes of Maria Sharapova and Nicole Scherzinger. However, he’s recently reported to be dating Lolita Osmanova who is the daughter of a Russian oligarch.

The 29-year-old is one of the wealthiest Bulgarian sportspeople out there. He has a sizeable following of nearly a million on Instagram. Moreover, he has 690k followers on Facebook and 462k on Twitter as well.