Sports404
Home Golf How Much is Golfer Matt Kuchar’s Net Worth in 2021? 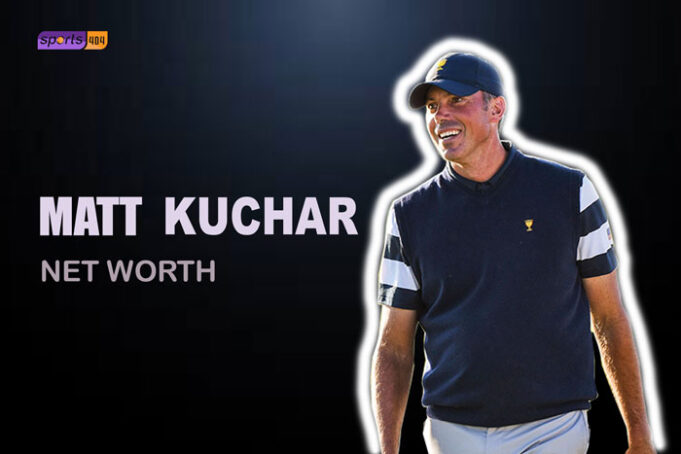 Matt Kuchar is one of the prominent names in the world of golf. This 42-year old American professional golfer began his golf career in 2000. It’s been 2 decades and Matt is still going strong. How much could be making at his age as a professional golfer?

As of 2021, Matt Kuchar has recorded nine PGA wins to his illustrious golf career. In PGA prize money, Kuchar is ranked 10th in the list of highest-earning golfers on the PGA Tour.

How Much is Golfer Matt Kuchar’s Net worth?

Golfer Matt Kuchar began his professional golf career in the year 2000. Throughout his decades-long career, this American pro golfer has accumulated huge net worth. According to Celebrity Net Worth, Matt Kuchar has a net worth of $25 million.

Kuchar was born on June 21, 1978, in Winter Park, Flordia. After turning professional, this 44-year old golfer earned his first PGA Tour win in the year 2002. His early 00s golf career earned him a great deal of success along with money.

He is now 44 years old and is still very active in the business. If he can sustain his golf career for a few more years, undoubtedly, his net worth will be plus $25 million. This American golfer makes millions of dollars a year even in his 40s.

Matt Kuchar enjoyed a great deal of success in his golf career during the early 00s. He has been one of the best-paid golfers at a time. Though he might not be seen anywhere near top earners like Tiger Woods or Phil Mickelson now, he still makes millions.

According to espn.com, Matt Kucher is ranked No. 10 in the list of highest-earning golfers on the PGA Tour. He has earned a whopping $$51,617,094 during his two decades of golf career through PGA Tour. He began playing on PGA Tour in 2001. In his first year, he earned 572,669.

How does Matt Kucher spend his millions?

Matt Kuchar has a net worth of $25 million in 2021. And his annual earning is counted in millions. With such a fortune, one could live a very luxurious life with an expensive house, wheels to drive, expensive vacations, and a lot more.

Matt owns a villa in St. Simons Island, Georgia. His Georgia-based villa is ocean-facing and is worth millions. He bought the villa back in 2010 for $2.3 million. According to sfgate.com, Matt Kucher listed his Georiga villa on the market with an asking price of $3.5 million.