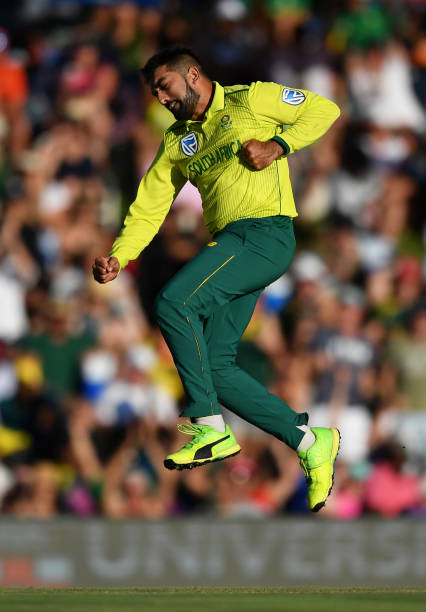 Every year many bowlers emerge, showcase their talents, and climb their way up a fan’s favorite list. Evidently, the T20 format is the fastest and most exciting format among the three. Fans can easily take out time from their lives and so can enjoy these fast-paced matches.

Therefore to recognize and applaud them for their aptitude in this short format, ICC has always had a top-ranking list that is updated every year, giving bowlers the chance to be appreciated for their hard work. Thus encouraging them to give their best and improve themselves. Even though this format can be extremely hard on bowlers, they still give their best and can shine. So today, we at Sports404 will update you on the latest ICC Rankings for T20I Bowlers.

Mujeeb-ur-Rehman is your perfect blend as he can bowl traditional off-spin and mix it up with leg-spin and ripping googlies, making him one of the most exciting players. His rating stands at a total of 687, with his best being 745 against Ireland (08/03/20). He truly is a young talent that can go on to perform wonders if polished correctly.

Adil Rashid is one of the most crucial players in the England team. He played a major role in the team during the World Cup 2019. His performance made all the difference to England winning the tournament. Rashid is a right-arm leg-spin bowler. He exudes great control over his bowling and consistency. His current rating stands at 694 with his best being 716 against West Indies (08/03/19).

Ashton Agar certainly pleased many eyes when he debuted for the Australian Test Cricket Team and performed excellently. His career has been only upped from there and he has proved himself time and time again. His bowling style is left-arm orthodox spin. Currently, he is not playing after sustaining an injury. Unfortunately, the injury still hasn’t healed completely. His current rating is 702 with his best being 717 against England (06/09/20).

One of the most exciting Afghani players, he has definitely proved himself to be a world-class bowler. Khan has made a name for himself in numerous leagues as well. Khan has given the Afghan Cricket Team a major boost in performance. He is a traditional right-arm leg-spin bowler. His total rating at the time is 719 with his best being 816 against Bangladesh (05/06/18). Rashid is most certainly a player to look forward to!

A left-arm bowler who has climbed to well-deserved fame by proving his worth in the shortest format of the game. It’s not just his variations that are impressive, but also the accuracy along with those variations. He becomes scarily threatening when batsmen go after him. His current rating stands at a whopping 732 with his best being 744 against Pakistan (12/04/21).

So this is the end of the list, guys! We hope that this article proved useful to you and you found your favorite player on here.