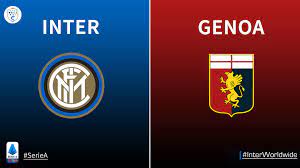 Inter Milan take on Genoa in their season opener for the upcoming Serie A season 21/22. Both clubs performed well last season, as Genoa finished in mid-table comfortably, while Inter went on to take the Serie A crown from their rivals Juventus.

The current and upcoming season will be a tough one for Inter, as they are in financial turmoil and have already lost two of their best players in Lukaku and Hakimi. Their head coach resigned at the start of preseason, and many players still might end up being sold to stave off administration.

Genoa meanwhile has added some players to their squad to maintain their position in the league, if not to improve on it. They are aware that they aren’t expected to do much in the league and survive relegation and build from there.

Inter will not be happy with how things have turned out for them, after all the promising signs that were displayed last season. With cheaper replacements and an obvious retrenchment in the quality of players, it will be a tough campaign for both clubs and fans. Genoa should be hopeful of pulling off an upset against the wounded and weakened Inter in their first match of the season.

You can watch the match at 16:30 GMT on 21st August on your chosen and preferred streaming platform and enjoy the match from anywhere on your streaming device.

How to live stream Inter vs Genoa?