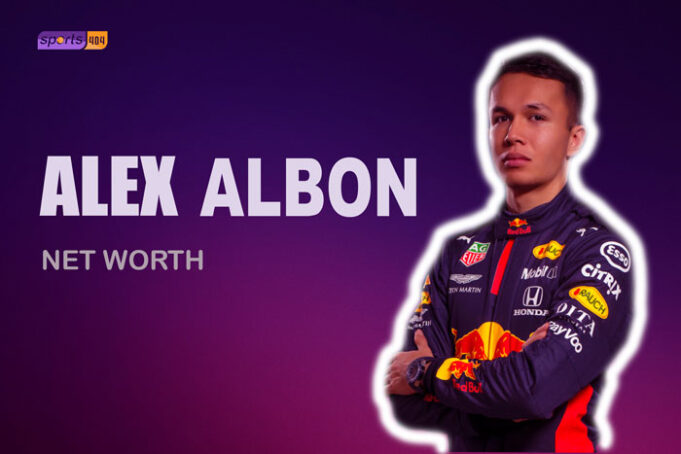 Alexander Albon Ansusinha predominantly known as Alex Albon is a fast-rising Formula One star. If you haven’t heard about this Thai-British F1 driver, you might want to check his stats. Don’t blame us if you want to get into his fan club, afterward. Born to a Thai mother and a British father in London, Alex races for the Red Bull F1 team in 2020.

He moved to the Red Bull F1 team from Toro Rosso Formula One team. And guess what, he is teamed up with one of the biggies of the game, Max Verstappen. Only a few young drivers get the chance to drive for a big team like Red Bull and Alex Albon is one. But, what about his earnings and net worth. How much does Alex Albon make a season with the Red Bull F1 team?

How Much Money Does Alex Albon Earn with the Red Bull F1 team?

Alexander Albon is one breakout star of the F1 grid. Thailand is not taken as a big nation in F1, but Albon could change this pretty soon. He could usher Thailand in the new era on F1. Seen as one of the finest upcoming Formula One drivers, Alex Albon has scored immensely both in terms of critical acclaim and fortune. He got his first F1 race in 2019 and already he is making thousands of dollars per season.

It is a dream for any young Formula 1 driver to drive for big F1 teams like Red Bull. Aged 24, Alexander Albon is already living his dream. In 2020, his base salary is $650 thousand. His annual income in 2020 could get past a million-dollar mark adding championship bonus and podium earnings. Also, he has some good endorsement money to add up to his annual income.

Alex Albon Earns $650K in Base Salary, His Annual Income

If you have been following the 2020 Formula One season, you would know Alex Albon is one of the breakouts of the season. As he continues to outshine other professional F1 racers on the field, he will do the same off-filed. It shouldn’t come as a surprise, this Thai-British F1 racer is looking to win some lucrative sponsorship deals.

Along with his base salary, his income from endorsements is also increasing over the year. In 2019, Alex Albon earned $170 thousand from sponsorship deals. In 2020, he makes $200 thousand from his endorsement deals. He is backed by companies like MDM Design and Moose Cider.