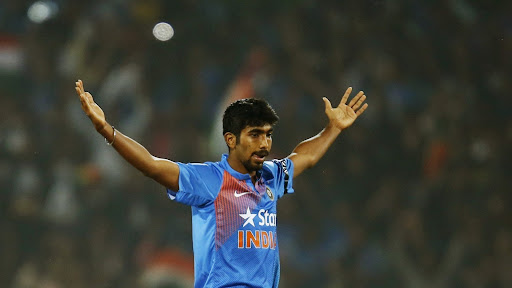 Jasprit Bumrah is one of the leading fast bowlers for the Indian cricket team. He is spearheading the Indian bowling unit. He is mostly a hit-the-deck bowler. But, his exploits so far in international cricket have earned him fame in no time. Bumrah is one of the most reliable options in the Indian bowling unit. Captain and team management always back him because of his talent. The right-arm fast bowler, Jasprit Bumrah is continuously impressing the cricket world with his performance. His net worth in 2021 is Rs 29 crores per year.

After the comeback from injury, there are signs that his form is in a decline. He is less effective now as compared to the way he was playing before the injury. In the recent World Test Championship bowler was not looking very comfortable while bowling. Also, he did not pick up any significant number of wickets or key dismissals in the series.

A specialty of his bowling is yorkers. He is a bowler who can bowl yorkers with pinpoint accuracy. His trait of bowling yorkers whenever he wishes made him one of the best bowlers in the world. The player represents Mumbai Indians in the IPL. He is their reliable bowler to start the bowling in the powerplay. Also, he is the one who is handed the responsibility of bowling in death often.

Jasprit Bumrah was born on 6 December 1993. He was born in a Punjabi Sikh family. He saw the struggle in his life at an early age. His father Jaspreet Singh passed away when he was at the tender age of 7. He was an industrialist. His mother Diljit is a school principal. She has raised him as a single parent.  Also, his mother appeared in a documentary made on Mumbai Indians. In the documentary, she was seen getting emotional about the cricketing success of his son.

Jasprit Bumrah after going through several difficulties in life has made a name for himself. His fame is also massive in the Indian cricket circle. Bumrah has made his mother very proud with his performances for the national team. Today, Bumrah is one of the best bowlers in the cricket world. Also, he is praised by many ex-players to be a very lethal bowler for all batsmen in the cricket world.

The grade contract system by BCCI ensures an annual salary for every player. In this grading system, three players are at the highest tier. Rohit Sharma, Virat Kohli, and Jasprit Bumrah are three-player who has A+ Grade contract from BCCI. Through this contract, Bumrah gets paid Rs 7 crores annually. He is the top player for the BCCI and Indian teams. He is included in the top tier for his brilliant performances. Rightly so he has picked wickets at crucial stages for the Indian team. Apart from this BCCI pays its cricketers Rs 15 lakhs per test match. Also, he gets Rs 6 lakhs per ODI and Rs 3 lakhs per T20. 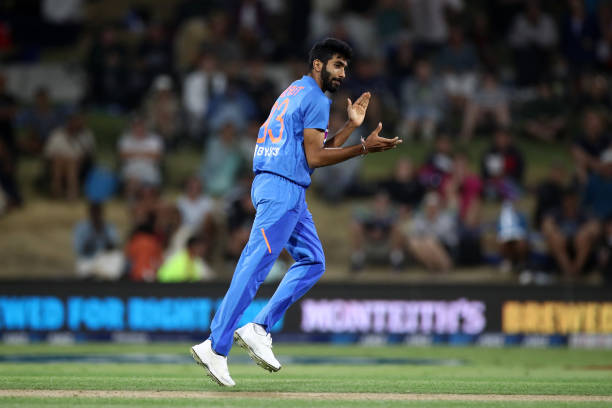 Board also gives financial rewards to those who perform brilliantly. For example, if a bowler gets a fifer in the match he gets a monetary reward for it from BCCI. Also, there are awards like Man Of The Match which gives players a cheque of some specific amount. Talking about IPL, he is one of their main players. Through his IPL contract, Bumrah gets Rs 12 crores for his franchisee. This is his salary for the season. There is a separate match fee also for the player.  Considering all this the player approximately gets Rs 3-3.5 crores just as his cricketing salary.

Being one of the best fast bowlers in the world at the moment Bumrah has bagged several endorsements over the years. He has endorsed Cultsport, Estrolo, Seagram’s Royal Stag. Also, he has endorsements for Boat, Dream 11, Asics, and Zaggle.

Dream 11 is one of the most rapidly growing companies in the world of sports. They have their own platform for fantasy sports. This feature has made them stand out from the rest. They can be credited with popularising the concept of fantasy cricket. There were several websites that started the concept before them. But, no one got the kind of response they received from the audience.

It is very difficult to summarise the career of a player like Bumrah in short. A player of his caliber has immense talent. He has shown how effective he can be in the cricketing world. He is not even near the end of his career and there are so many things to say about him. Many cricket fans think that Bumrah came into the limelight just because of IPL. But, domestic cricket is the big reason for his rise in international cricket. It was the first thing because of which Mumbai Indians selected him.

Bumrah plays first-class cricket for Gujarat and made his debut in October 2013. In the Ranji Trophy season, he played for Gujarat against Vidarbha. He managed to take 7 wickets in that match. Bumrah proved his worth in the very first season in the domestic circuit he played. He was the leading wicket-taker in the Ranji Trophy 2012-13. With his consistent performances in the domestic circuit, he was given a spot in the playing 11 by Mumbai in the IPL.

When he first arrived on the international stage, his unorthodox action created doubt in minds of cricket experts. According to them, his action was very risky and it would have caused injury to him. But, his action became the biggest strength for him. His unorthodox makes it difficult for batsmen to read him. Bowling precise yorkers is the biggest strength for him. He became successful in limited-overs with his ability to bowl yorkers at the death.  Bumrah is a hit the deck bowler and is serving successfully for the Indian cricket team.

He performed consistently in the international circuit. With this effectiveness in bowling, Bumrah became a leading bowler in Test cricket in a span of fewer than 5 years.

Jasprit Bumrah has played a total of 3 ICC events. He has played one T20 world cup, one ODI world cup and one ICC champions trophy edition. Bumrah first appeared in ICC T20 world cup 2016. Jasprit Bumrah played 5 matches and bagged 4 wickets in the tournament. India reached the semifinal of this world cup. West Indies chased the given target easily against India in semis. In that match, Bumrah had dismissed Simmons but the delivery turned out to be a no-ball. The batsman scored a century in that match.

The next ICC event for Bumrah was ICC Champions Trophy 2017. India was the finalist in the tournament. Jasprit again picked 4 wickets from 5 matches in this tournament. His economy was 5 throughout the tournament. The economy was good from the perspective of the ODI format. The only problem with him was that he was not taking wickets on a consistent basis.

He played ICC ODI world cup in 2019. India ended the tournament as a semifinalist. This was the best ICC tournament for Bumrah. He took 18 wickets from 9 matches. The number of wickets is double the number of matches played. That was pretty good. He bowled with an economy of less than 5. Also, he bowled 9 maiden overs in the tournament. So far, ICC world cup 2019 turned out to be the best tournament for him. Hopefully, he will give better in the upcoming tournaments and will play a key role in the Indian victory.

Jasprit Bumrah’s total assets are said to be about $4 Million. Bumrah has a luxurious designer house in Ahemdabad, Gujrat. He has bought this home in 2015. He also owns a property in Mumbai worth Rs 2 crores. The cricketer also has several properties in Pune. The current value of his house is Rs 3 crores. Also, he has several properties across the country. The cricketer charges up to Rs 10 lakhs for an advertisement. 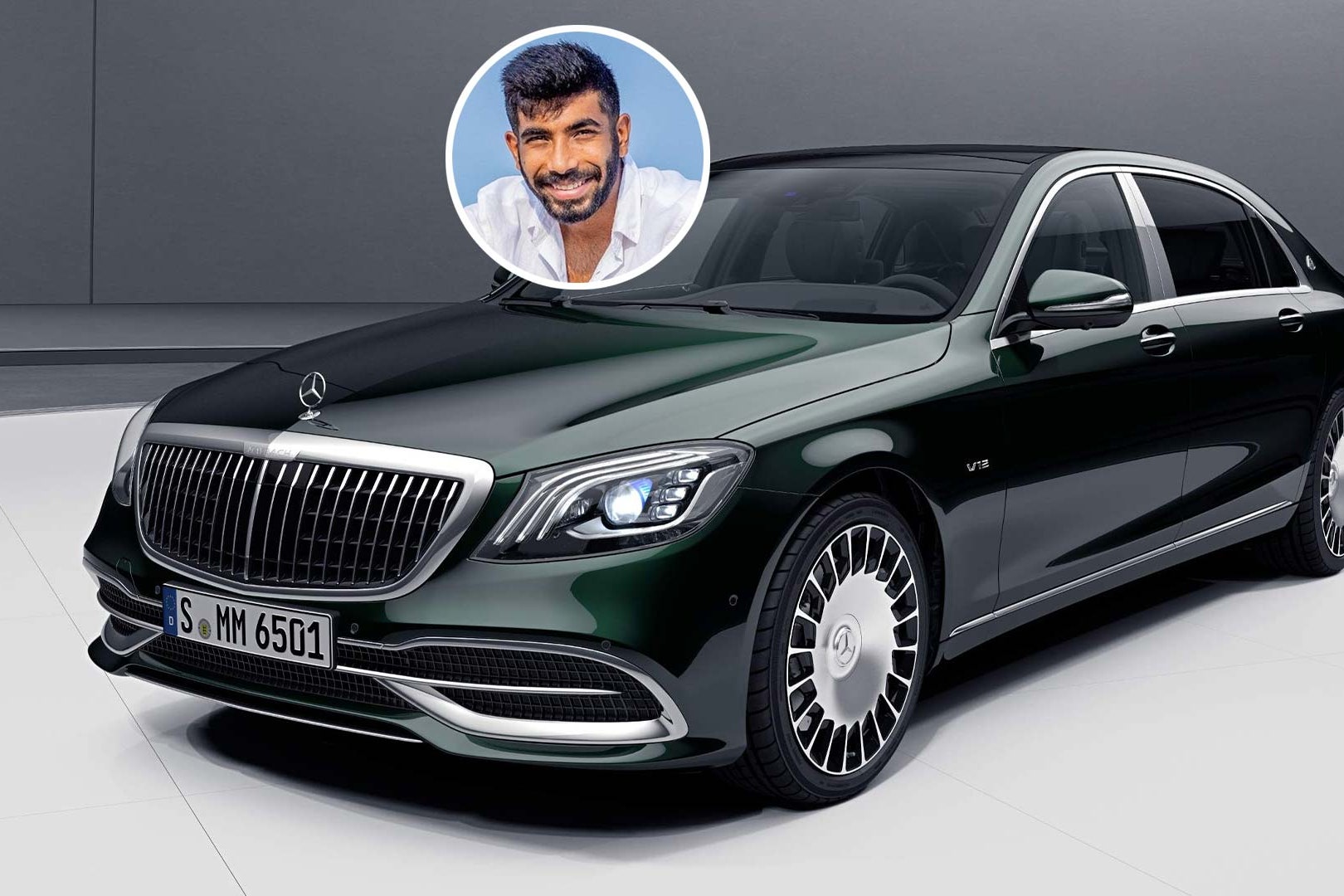 Talking about the car collection of the cricketer, it is quite small. He has a few of the best cars in the world. He owns Mercedez Benz, Nissan and Range Rover. Mercedez Benz and Range Rover are worth Rs 1 crore. Nissan is the more expensive car. It is valued at around Rs 2 crores.

The cricketer has not disclosed any charity yet. But he is known as one of the kindest cricketers in the cricket circle. It also might be possible that he does charity but does it without any fame or buzz around it. There are still many years in his cricket career. In the future, we will see charitable work from him for sure.

IPL has turned out to be a very good tournament for Bumrah over the years. He has been the team’s leading wicket-taker. He is a very important asset for the Mumbai Indians. Bumrah has been a reliable option for the franchisee. He gives a wicket at the start. Bowls precise yorkers in death overs. Picks a couple of wickets per match. Also even when he is in a bad form, he turns out to be economical for the team.

Bumrah made his debut in the 2013 edition of IPL. In his very first match, he dismissed Virat Kohli. Also, his unorthodox action made it difficult for bowlers to pick him. Since 2016 he has become an integral part of the team. The best season in the IPL for Bumrah was in 2020. In that season he picked 27 wickets from 15 matches. The average was very impressive reading 14.96 and the economy was 6.73.

The second-best season for the pacer was in 2017. He took 20 wickets in 16 matches in 2017. Also, his economy was 7.39. Bumrah has played a vital role in the team’s success over the years. He played the role of dismissing key wickets of the opposition team over the years. His overall stats in his IPL career read 115 wickets in 99 matches.

It will be very interesting to see will Mumbai Indians retain their key player in the mega auction. His statistics also tell us that he picks a wicket every 20 balls in the tournament. Mumbai Indians will most probably be retained.