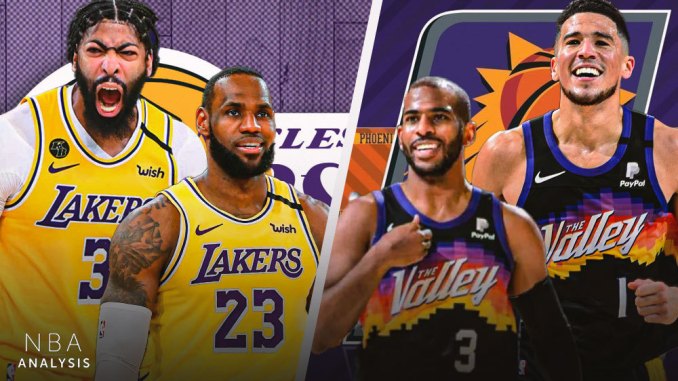 The 17 times champions bounced back hard in the second game, after dropping the first game against the young Phoenix Suns team. The Lakers looked fatigued and dismantled after the first game of the series but they came back strongly in the second game-tying the series 1-1. Here we will share all the details of the Lakers vs Suns Live stream, Kickoff time, and many more. So stick with us.

Los Angeles Lakers had to answer few questions after their dismal performance in the first game. And they exactly did that. Their two stars LeBron James and Anthony Davis did not perform well in the first game but they vowed to do better in the upcoming games. So both of them stepped up bigtime and contributed to the victory of the Defending champions. They have seemingly righted the Lakers ship, with Davis coming up with a dominant performance, scoring 34 points, which included 10 rebounds, seven assists, and three blocks. While LeBron also showed his class scoring 23 points on the night.

As far as the Phoenix Suns are concerned, their task has gotten bigger, with their talisman Chris Paul struggling with the apparent shoulder injury. The 36 years old veteran played only 23 minutes in the second game, before limping off in the fourth quarter. It is a huge loss for the Arizona team and now they will have to play out of their skin to topple their counterparts. The head coach Monty Williams is hopeful that Chris Paul will be ready for the third game of the series and also in the absence of the former, the rest of the roster will step up and contribute to the success of the Suns. 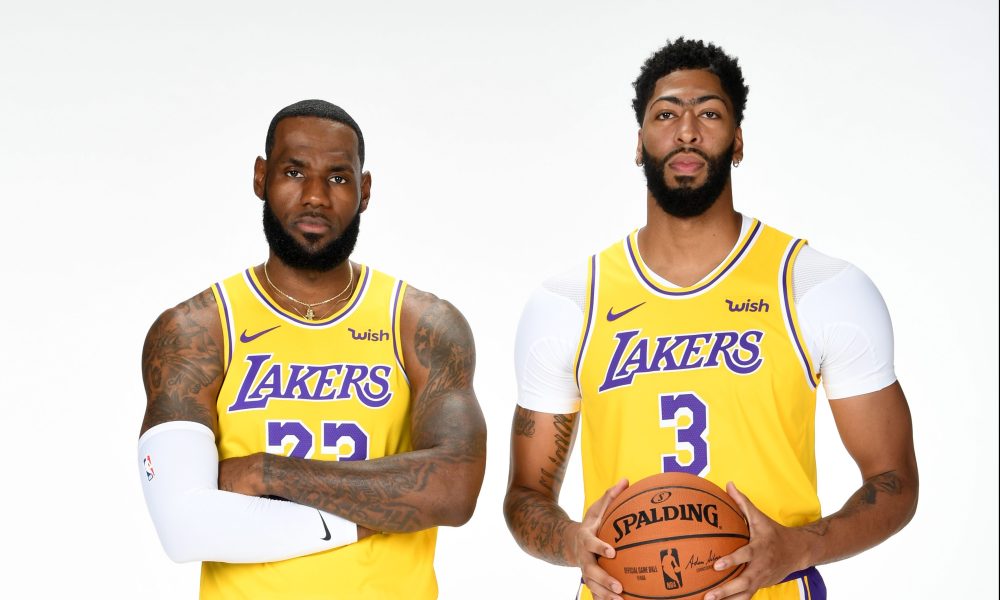 Los Angeles Lakers Roster for the series against the Suns

Following is the complete roster of the Los Angeles Lakers against the Phoenix Suns for the first-round series of the playoffs.

Phoenix Suns Roster for the series against the Lakers

The Phoenix Suns will now travel to Los Angeles for the next two games of the series. The two teams will now meet each other on May 27th, 2021 at 10:00 PM ET at Staples Center, Los Angeles, CA for the third game of the series. Game 3 will be pivotal for both of the teams and each of them will be looking to get the lead early on the series.

How to watch Lakers vs Suns online -live Stream

Both the Lakers and the Suns have everything to play for in this series. The Phoenix Suns won the series first game by 99-90 while the Lakers came back strongly in the second game, winning the game by a score of 109-102. Both the games were tight and were played in the best of spirit. And we can expect the same from these two giants in the coming games as well. You can catch all the live streams of the Lakers vs Suns on the following applications.

Most of the mentioned applications are paid ones and you can get access to these by buying passes of the respective apps.

How to watch Lakers vs Suns for free -live stream

Many of us would not be interested in buying these applications as they take a lot from our purse. And secondly, if you are not a binge-watcher of the NBA, your money can get wasted. So, to assist all these people and the others, we will mention some of the online free sources that will live stream all the matches of Lakers vs Suns.

Some of them are mentioned below.

The USA is being regarded as the fortress of Basketball. And the world’s best league is being played in the USA. therefore, many national and regional Tv channels broadcast the NBA in the USA. TNT sports will be live telecasting Lakers vs Suns all around the USA. while the notable local Tv channels include SPECSN, BSAZ. For the Old school people, there is live coverage of Lakers vs Suns on radio as well. KSPN/KWKW-LAL and KMVP/KSUN are the leading radio stations covering this series.

While for all the other continents in the world, the following table shows the list of the Channels telecasting the Lakers vs Suns in the respective regions.

These channels are available on traditional Cable and Satellite Tv. but the modern portable devices like Google Chromecast and Firestick Tv enable you to watch all the High-quality national as well international channels.

Where can I watch the Highlights of Lakers vs Suns?

If you happen to miss the game, still you can watch all the full match highlights of the Lakers vs Suns on the official Youtube channel of the NBA. NBA TV PASS also enables you to watch the game highlights.

Besides these, there are some of the prominent channels that cover the highlights of every game of the NBA.

What to expect from the Lakers?

The plus point for the Lakers has to be the display of their two stars, LeBron James and Anthony Davis in the previous game. James seemed to be fit after suffering a slight ankle sprain from the first game, scoring important clutch points when needed by the team. While the big-man Anthony Davis recovered from his miserable showing in the first game, scoring game-high 34 points in the second game. Davis took all the responsibility for the first game loss and vowed to show better performance in the upcoming games and he did exactly that.

The Lakers head coach praised the intent of Davis and said while talking to the media, “Davis did not settle much for the Jump shot in this game. He rolled hard and had the intent to attack the paint”.

It is a real good sign for the Lakers while moving forward in the playoffs but one thing that the Lakers lack is the bench production. L. A has only been able to muster 13 points from that section of the roster. And their fans will be hoping that the substitute Kyle Kuzma and others will step up in the coming games when needed.

And another good omen for the Lakers is the current form of their German International Dennis Schroder. Schroder scored 24 points on Tuesday night and was in charge of the bulk of scoring for the Lakers in the First half.

The focus now has been turned on the health of Chris Paul. The 12 times All-NBA star injured his shoulder in the first game while competing for the paint point with Anthony Davis. The 36 years old went off the court and returned in the fourth quarter on the night. But did not look very comfortable as was apparent in the second game as well. He played only 23 minutes in the second game and was able to score only six points with his five shots in the whole match.

With Chris Paul in doubt for the next game, there is an increased responsibility on the shoulders of Devin Booker and Deandre Ayton. Booker has scored a total of 65 points in the first two games of his playoffs career.

While big center Deandre Ayton has been impressive as well, scoring 22 points in his last outing. One big booster for the Suns has been the substitute Guard Cameron Payne. Payne came in the second half and scored 19 points which included a buzzer 3 pointer at the end of the 3rd quarter.

Phoenix had tied the game in the fourth quarter with 7 minutes remaining in the clock. But the Lakers had enough gas in the tank to overpower the Suns. one of the biggest disadvantages for the Suns has to be the size difference. Only Deandre Ayton matches the physicality of the Lakers’ James, Davis, and Marc Gasol, who all are 6ft 9 inches. While moving forward in the series, this size disadvantage for the Suns will prove crucial in determining their fate.