Sports404
Home F1 Lance Stroll Has A Net Worth of $50 Million, His Annual Earnings 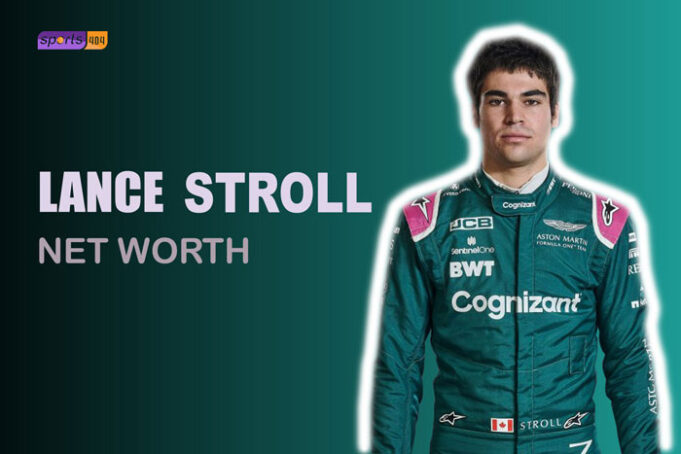 Lance Stroll Has A Net Worth of $50 Million, His Annual Earnings. Formula One driver Lance Stroll drives for the Racing Point F1 team. How much money does he earn in an F1 season? Find out details about Lance Stroll’s car collection and house.

He joined his current team, the Racing Point F1 team, in 2019. In his second year with the team, Lance Stroll will make $3 million. Find out details on Lance Stroll’s net worth here.

So Much in Just a Few Years: Lance Stroll Has A Net Worth of $50 Million

Lance Stroll has shown great potential even before joining Formula One in 2017. Also, his Formula One career, so far, is on a good note. Has he earned his staggering $50 million net worth in just three years of his time in Formula One? Aged 22, Lance Stroll is one of the richest active Formula One drivers in the world. You might be wondering how he is worth so high?

Well, his net worth is mostly due to his father, Lawrence S. Stroll. His father is a Canadian businessman and a part-owner of the Racing Point Formula One team. In 2020, his father Lawrence has a net worth of $2.6 billion. Lance Stroll makes millions of dollars as an F1 driver and is already four years old in the business, but his $50 million net worth is all thanks to his billionaire father.

Lance Stroll was always interested in uprising a career as a Formula One driver. But, looks like, his father Lawerence was more interested in seeing his son in F1. His billionaire father spent nothing short of $80 million to help his son Lance Stroll get a seat at the Williams F1 team. Lawrence did so for his 18-year old son back in 2017. If you have a billionaire father like Lawrence Stroll, you could reach out to the moon someday. Good luck with that Lance.

Lance is a Multi-Millionaire, His Annual Earnings

Lance is undoubtedly a multi-millionaire. And now you know the secret behind his $50 million net worth. Meanwhile, Lance Stroll has the potential to earn way more than $50 million throughout his F1 career. He made his F1 debut with Williams F1 in 2017 and has a great career ahead of him.

In 2020, Lance Stroll will earn $3 million from Racing Point Formula Team by the end of the season. He has a good basic salary for the 2020 season and he earns $500 thousand per race in 2020, and that’s quite a good fee for a new racer in the team. Along with his salary, Lance Stroll also makes a decent sum of money from his endorsement deals.

How Much Does Lance Stroll Make from Endorsements?

Lance Stroll is a new name for the fans of Formula One. Still, he has made his way to the F1 as a big-name through his amateur career. 2014 Italian F4 champion is an aspiring name in the game and as he continues to shine on track, he will have sponsors wanting his signature on their papers.

In his first F1 season, Lance Stroll finished ninth in Canadian Grand Prix. But, he made it to the podium in Baku in his first season. His 2018 F1 season was quite unimpressive. He finished the season in 18th place in F1 standing.