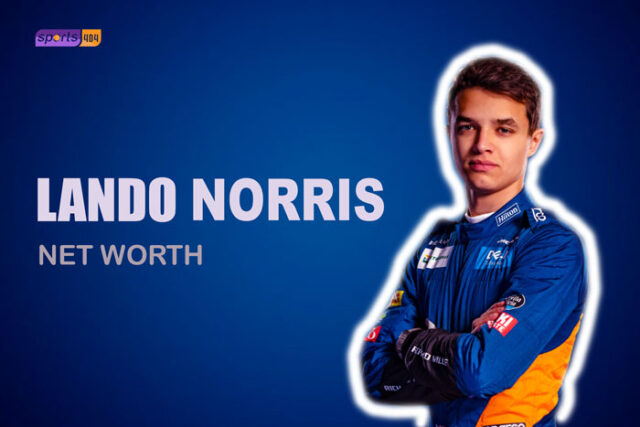 Lando Norris Earns $2 Million A Year, His Net Worth, Cars, House. Is Formula One driver Lando Norris a millionaire? Lando Norris’ net worth and career earnings?

Aged 20, Lando Norris is a professional Formula One driver from Bristol, the United Kingdom. This British lad turned professional in 2019. Lando rose to prominence with his top-notch performance at the 2018 FIA Formula 2 Championship, where he finished in second place. Though Lando Norris is relatively new to the F1 grind, he is already playing some good money moves, baking in millions already.

Curious to find out how much is Lando Norris’ net worth in 2021? His annual earnings and contract details? Here’s what you might be interested in.

Lando Norris is just two seasons old in the sport, still, he is a millionaire already. In 2021, his net worth is estimated at $1.5 million. Not bad for some newbie in the game, right? His million-plus net worth is the result of his current deal with McLaren. His net worth might look just like a small change compared to other biggies of the game like Lewis Hamilton who has a net worth of $285 million.

But, this British lad has the potential to go all the way up. If he stays firm and continues to perform well, he can make a lot of money with salary, prize winnings. Also, sportsmen like Lando have endorsement deals to grab millions off-field as well. Norris has showcased his potential to the world during the 2019 season and he looks sharper than ever heading to the 2021season.

Lando Norris continues to score big in the 2021 F1 season

This season, Lando already has two finishes in the top-five and two finishes in the top ten. Looks like this kid has got some spark in his eyes. For someone of his age, Lando Norris outperformed many senior F1 racers in the 2019 season and still continues to do the same this term as well. In 2019, Norris collected 49 points finishing in 11th place in the Formula One rankings.

How Much Does McLaren Prodigy Lando Norris Earn a Year?

You play big on the track, you earn big off track. As a rising star in the game, Lando Norris has impressed the Formula One audience worldwide. And McLaren hasn’t faded from addressing his achievements. At present, Lando Norris earns $2 million per season with McLaren. His $2 million annual income is the result of his new three-year deal with McLaren which he inked in 2019. McLaren took Landon under its wings as an amateur in 2017.

In 2019, Lando’s base salary was $262,500. While he made some extra through his championship points and F1 podium. In 2021, his base salary is $500 thousand. He makes an extra $1.5 million through F1 podiums and championship wins. He makes around $23 thousand per race with McLaren. In the coming years, Lando Norris will clearly make a lot, lot more money.

You now know Lando Norris is just two seasons old as a Formula One pro. Still, he already has some good sponsors to go with. This 20-year old is backed by McLaren, Bell Helmets, PAP, and ADD Management. He is one of the rising stars in the Formula One community across countries and as he continues to shine brighter, sponsors will be dying to have his signature. With a handful of sponsors to his name, Lando Norris must make handsome money from sponsorship deals.

Lando Norris, 20, is not just a good racer, he is also a good man by heart. It might be wrong to put it this way, but Norris is winning millions of hearts through his charity. He is quite a charitable lad. You could say Lando Norris is putting his racing ability to good use. To help fight the COVID-19 pandemic, Norris helped raise over $10 thousand in April. He teamed up with other Formula One drivers for charity against COVID-19. Norris along with five F1 professionals made donations worth $70 thousand.