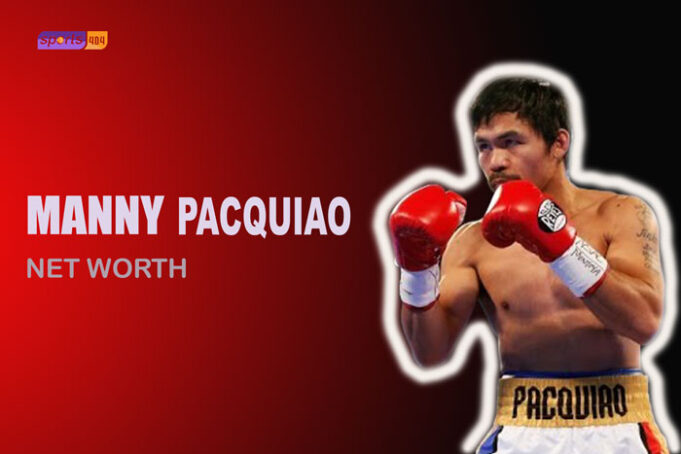 Emmanuel “Manny” Dapidran Pacquiao is a Filipino professional boxer who is regarded as one of the greatest pro boxers of all time.

The professional boxer turned politician was elected as a Senator of the Phillippines in 2016, serving a 6-year-term. He has previously served as a Member of the House of Representatives.

Being the only boxer who has won 12 different titles in 8 different weight categories, Manny is also the oldest welterweight champion in the world.

What is Manny Pacquiao’s net worth?

According to Celebrity Net Worth, Manny’s net worth is around $220 million in 2021.

Here’s a list of some of his match purse earnings throughout his professional career:

It is observed that Manny’s current match purse is around $10 million to $20 million per fight.

Apart from his fight prize money, the Filipino boxer has also reportedly earned more wealth than $43 million in TV rights, as well as earning $63 million courtesy of his professional fights over the course of his career.

Although Manny lost the fight against Floyd Mayweather Jr., he certainly earned a lot of money. He earned a hefty $150 million in match purse alone, along with that he also made $15 million in TV rights and endorsement earnings combined.

PacMan outside of boxing

Manny has featured in several movies in the Phillippines and has several feature films to his name. He has also been the subject of various documentaries, given his stellar pro boxing career.

Furthermore, the 41-year-old has enjoyed a successful career in politics.

Apart from the influence that Manny’s able to generate through his own social media, his family’s following on social media is significant as well.

Jinkee Pacquiao has a following of 2.2 million on Instagram, 2.1 million on Facebook, and has 880k subscribers on her YouTube channel. Jinkee served as the Vice Governor for Sarangani, the Philippines from 2013 to 2016.