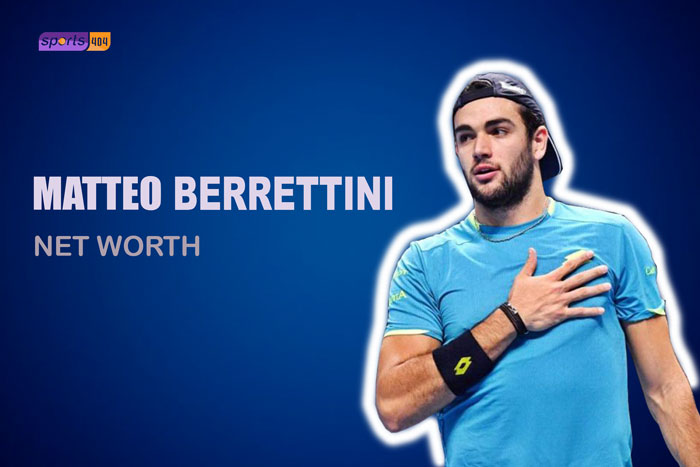 Matteo Berrettini is an Italian professional tennis player who is currently ranked 10th by the Association of Tennis Professionals (ATP). His career-best ranking has been 8th as rated by ATP so far.

He won his first ATP title at the Swiss Open Gstaad. Following that, Matteo defeated Alexander Zverev at the Italian Open, earning his first-ever win against a top 5 player.

A strong and aggressive player who is known for his great serve and forehand. Apart from his forehand, his speed, depth, and spin are some of his skills that he often displays. Matteo’s objective is to secure quick points while hitting strong shots to pressurize his opponent.

Berrettini’s defensive game is one of his primary weaknesses. When pressurized by a stronger opponent he finds it difficult to defend on the run as he exhibits a weak backhand wing.

However, he has a good drop shot on both wings, which he often applies by approaching close to the net. His aggressive playing style is often compared to Juan Martin del Potro and Fernando Gonzalez.

What is Matteo Berrettini’s net worth?

Matteo is sponsored by the French brand, Lotto, for clothing and shoes, while, Head sponsors the player’s racquets. He signed as the brand ambassador for Peugeot in 2019.

The Italian star also has an endorsement deal with his compatriot food company Colavita. He wears the brand logo on his sleeves while playing on the court. The athlete also has a deal with Capri Watch, a watchmaker brand that sponsors watches for the player.

The Italian pro tennis player has 215k followers on Instagram. with that being the only social media platform that he has a presence on.

Matteo is currently dating Ajla Tomljanovic for the past one year. He met the Croatian-born Australian tennis pro player during the tour. During the pandemic, they quarantined together at Matteo’s residence in Boca Raton, Florida.

Berrettini’s younger brother Jacopo is also a tennis player. He has Brazilian heritage from his maternal grandmother’s side.

Roger Federer’s coach, Ivan, believes that the young Italian has what it takes to win a Grand Slam in the future. In a recent interview, the Croatian said:

“Matteo is an exceptional guy, as well as a great player. For me, Berrettini has the potential of a Grand Slam victory, as well as a modern tennis player that can still be improved”

Since his first win in 2018, Matteo has grown at an exceptional rate. Considering his skill set and his talent as a great potential, it won’t be long that we see him winning the big titles to his name. 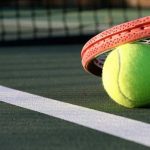