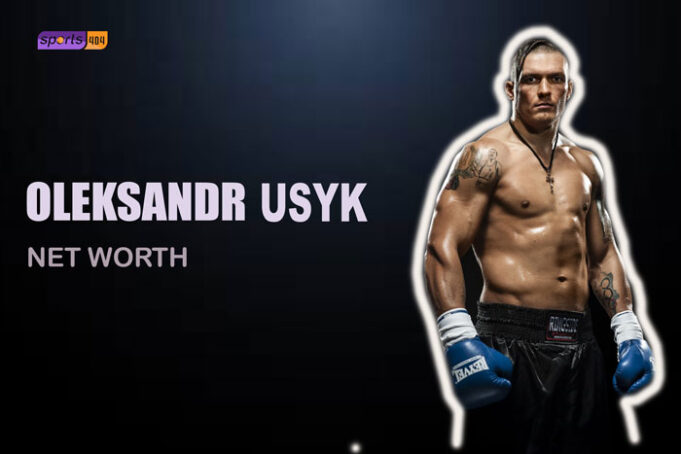 OLEKSANDR USYK’S NET WORTH IN 2021

The Ukrainian footballer turned boxer has held simultaneous WBC, WBO, IBF, WBA titles. Do you know how much is Oleksandr Usyk’s net worth and how has he been able to earn a fortune? Read more to find out!

Oleksandr ‘The Cat’ Usyk is a 33-year-old Ukrainian boxer who was born in Crimea during the Soviet Union era. He played association football (soccer) till the age of 15 for Sporting Club Tavirya after which he switched to boxing.

He boasts an undefeated record in his professional boxing career, registering 13 out of his 18 victories through knockouts.

Usyk won gold for Ukraine at the 2011 World Championships and 2012 Olympics in the heavyweight division.

Following that year, he turned professional and won the undisputed cruiserweight championship in 2018. He was named as the 2018 Fighter of the Year by ESPN, The Ring, Sports Illustrated, and the Boxing Writers Association of America.

He is currently ranked as the world’s fifth-best active boxer, pound-for-pound, by the Transnational Boxing Rankings Board and The Ring.

What is Oleksandr Usyk’s Net Worth?

The Ukrainian has seen a steady rise in his per match purse. From an income of $50,000 per fight in 2016 to a couple of million dollars for one fight alone is a big leap forwards for the professional boxer.

Oleksandr has a guaranteed purse of $1.5 million according to the latest reports. In his latest fight, the Ukrainian cruiserweight earned a reported whopping $2.5 million.

Apart from the purse money, the ringster also ends up with a significant share of the PPV. He usually earns around 40% to 50% of the profit through pay-per-view. However, the information regarding his bonuses is yet to be disclosed.

Thanks to the increase in the per fight revenues, Oleksandr Usyk’s net worth is around $4 million.

Most of Usyk’s posts on social media are about himself or about his boxing career.

He has been married since 2009 and has three children with his wife, Yekaterina. However, he keeps his family life private and away from the public eye.