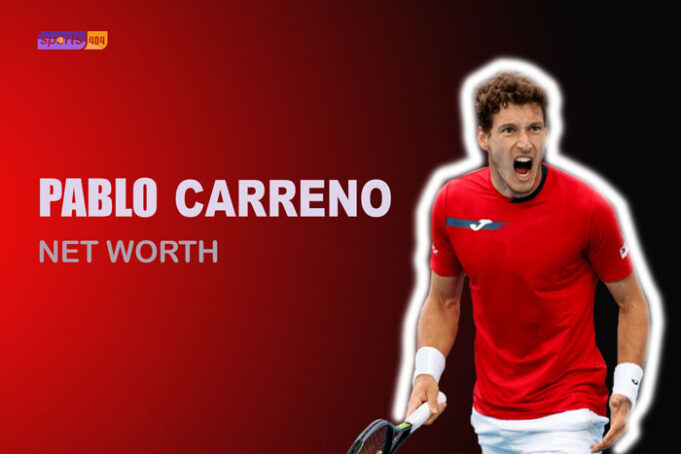 A versatile player who has managed to leave a mark on singles and doubles games in tennis, Pablo Carreno Busta’s fortunes are on the rise. What is the Spaniard’s net worth? Here’s all you need to know.

Pablo Carreno Busta is a Spanish professional tennis player who is currently ranked 16th by the Association of Tennis Professionals (ATP). His highest career ranking has been 10th, as rated by ATP. He’s also the current third-highest Spanish player after Nadal and Bautista Agut.

The 29-year-old has enjoyed successful spells in both singles and doubles formats. However, he has been more successful in the latter category.

His worst performance has been at Wimbledon where he is yet to win a single match.

However, he had more success in the doubles category. He reached the 2016 US doubles final, making it his only final appearance in Grand Slams.

The Spaniard has also appeared in two doubles finals for the ATP Masters 1000. He lost his first final at the 2018 Italian Open, however, he won the 2020 Cincinnati Masters with Alex de Minaur. He was also part of the Spanish team that won the 2019 Davis Cup.

Pablo against the ‘Big Five’

The Spaniard lacks an inspiring record against the Big Five. He never faced Andy Murray on the court, while he has faced the other three.

Pablo has been left humbled against the likes of Rafael Nadal as his compatriot has defeated him in all 7 of their encounters. Moreover, he has faced Roger Federer only once, losing that game as well.

He has faced relatively more success against Novak Djokovic, winning against the Serb at the 2020 US Open. Apart from that, Carreno Busta has lost all four of his encounters against world #1.

What is Pablo Carreno Busta’s net worth?

Pablo has several endorsement deals over the course of his career. These include sponsorships by Wilson, Joma Sports, Peugeot, and Bovet 1822.

Wilson provides the Spaniard’s racquets while Joma Sports sponsors his sports gear for his apparel and shoes. He is also the brand ambassador for the French automaker, Peugeot.

The Spaniard is a bit of a rising star on social media and has a following of 90k on Instagram. Moreover, he has 350k followers on Facebook and 31k on Twitter as well.

He was born in Gijon to Alfonso and Maria Antonia. He currently resides in Barcelona, Spain, where he also trains for his ATP tour.