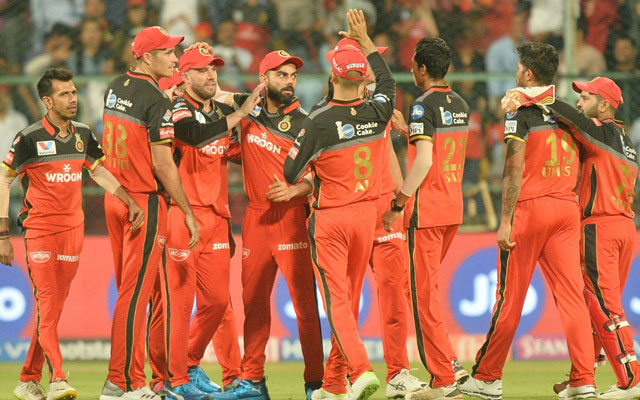 Royal Challengers Banglore is among the most followed IPL teams. Though the franchise has never won an IPL trophy, they have been to three finals. With a star-studded roster, Royal Challengers Banglore has earned a huge deal of fan following. Season after season, RCB players have performed to the highest standard. Among the top-rated team in the IPL, RCB player salary is also among the top-rated salaries in IPL.

Here is the list of Rajasthan Royal Challengers players’ earnings for the current IPL season, IPL 2020.

Royal Challengers Bangalore is among the most profit-generating team in IPL. The fact that this IPL team has a star-studded roster boasts their sales and ticket prices. Similarly, they have good earnings from sponsors. Though RCB had a fair share of loss in the first years of the tournament, now they make a huge profit.

In the fiscal year 2018-19, RCB made a huge profit of INR 143 crore. Though RCB had a very poor season last season, they made good earnings. Royal Challengers Bangalore finished in the bottom position in IPL 2019. Still, they generated a revenue of INR 313 crore in 2019. In 2018, RCB had revenue of INR 260 crore and their profit stood at INR 123 crore.

In 2017, RCB had a decent profit following a total revenue of INR 162 crore for the fiscal year 2016-17. RCB is now among the top IPL teams in generating profit after Mumbai Indians.

Royal Challengers Bangalore is one of the top franchises in the competition these days. Though the club has never won an IPL trophy, they have been to three finals. They have a heavily star-studded roster and are among the top-rated IPL team in terms of brand value. Along with their earnings and revenue in recent years, the brand value of Royal Challengers Bangalore has also gone high.

After BCCI announced the formation of a twenty20 format cricket tournament in India, eight different cities were picked and teams were named after them. Prior to the inaugural season of the Indian Premier League, BCCI put the teams on auction. Indian businessman Vijay Mallya bid the second-highest amount for RCB, $111.6 million. Reliance Industries bid $111.9 million for Mumbai Indians.

Vijay Mallya dropped his ownership of RCB in 2016 after he resigned as the Chairman and non-executive director of United Spirits. Now, United Spirits fully own Royal Challengers Bangalore.