Are you guys excited for the champions league quarterfinal match between Real Madrid and Liverpool? If yes then in this article I will give you guys all the information about the match and the TV stations where you can watch the match live.

The champions league is back with some amazing fixtures. The match between Real Madrid and Liverpool is the fixture that a lot of football fans are waiting for. The two clubs will battle it out in the quarterfinals of UCL to protect their prestigious histories.

Both the clubs met last time in the UCL final in 2018 when Real Madrid defeated Liverpool with Gareth Bale scoring a stunner. This time Liverpool will be looking to take revenge from the Los Blancos as they are trying to win the competition for the seventh time. Real Madrid has a great record in the champions league, winning the title 13 times. Los Blancos are the only club that has won the UCL title three times consecutively.

The Jurgen Klopp side is struggling this season in the Premier League due to injuries to the players like Virgil Van Dijk, Joel Matip, and Joe Gomez. They have struggled defensively but in front of goal as well. However, their domestic struggles haven’t affected them in UCL, as they easily defeated RB Leipzig with an aggregate of 4-0 in the Round of 16. 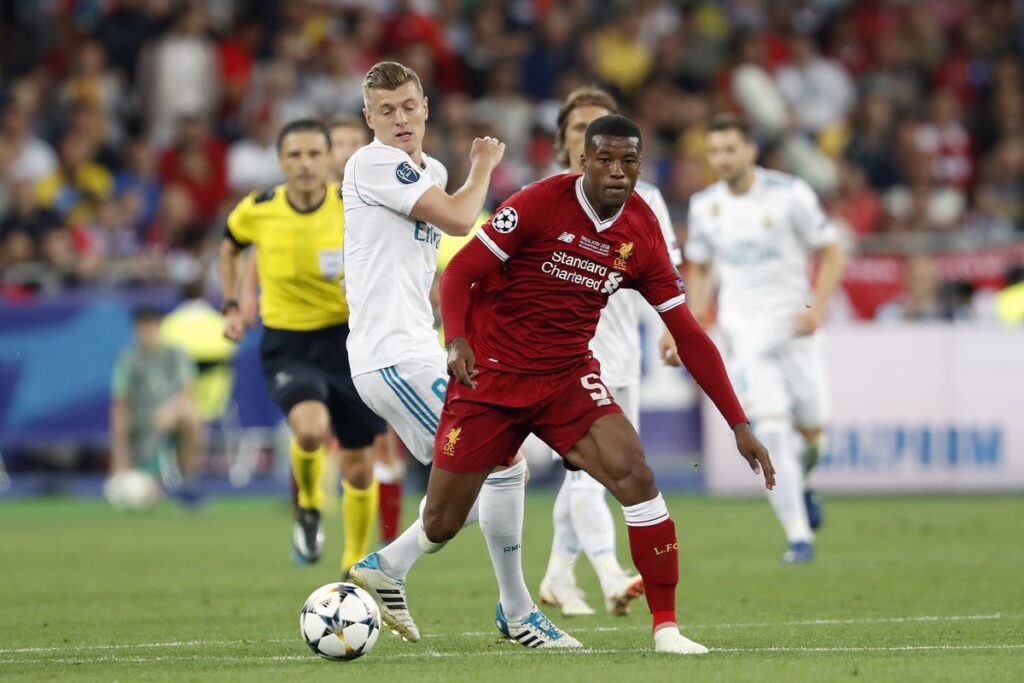 Real Madrid also struggled at the start of the season but their resurgence in the form has kept them in contention for the La Liga title. They defeated the Italian side Atlanta in the Round of 16 with an aggregate of 4-1. Zinedine Zidane’s side will be without their captain Sergio Ramos who will miss the quarterfinal clash due to injury. This time he will not be there to torment the Liverpool side as he did in the 2018 UCL final.

As you all know that in the UEFA Champions League, the knockout stage has two legs, and teams have to play one leg in their home stadium and the other in a way stadium. 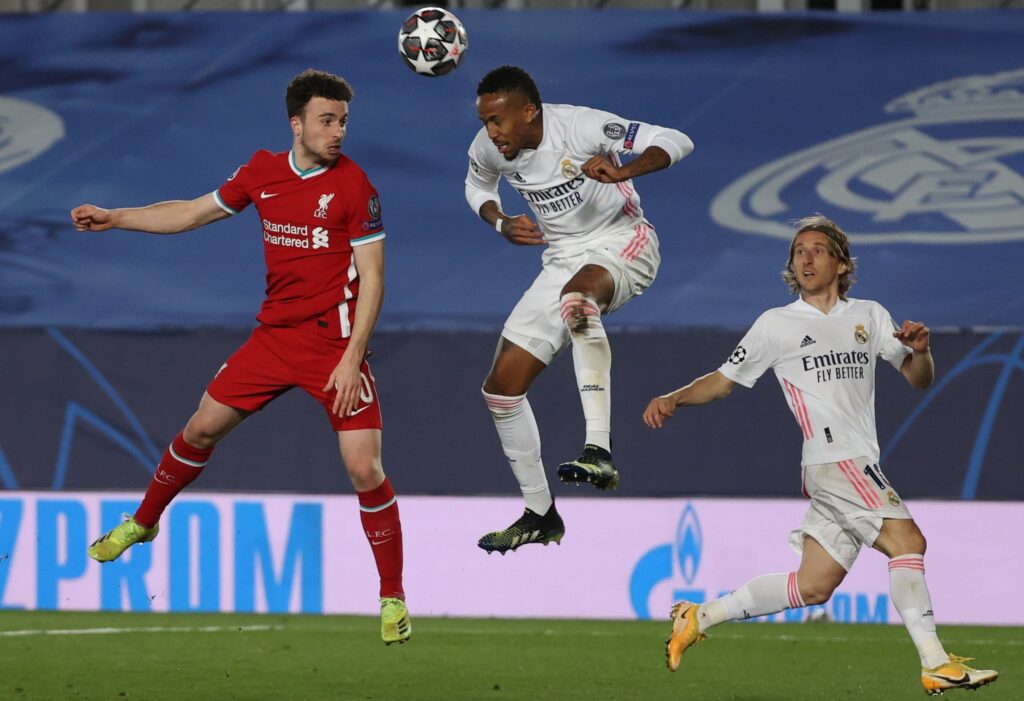 As I have told you earlier that Los Blancos will be without their star captain Sergio Ramos as he got injured while on Spain National team duty. Real Madrid will be also without Raphael Varane who tested positive for the coronavirus. Following is the complete squad of Real Madrid for UEFA Champions League 2021.

Liverpool squad will be the same that defeated Arsenal at the weekend easily. Yes, they will be without Jordan Henderson Virgil Van Dijk and Joe Gomez who have long-term injuries but the club has included them in the UCL squad. Below is the full squad of Liverpool for this year’s UCL. 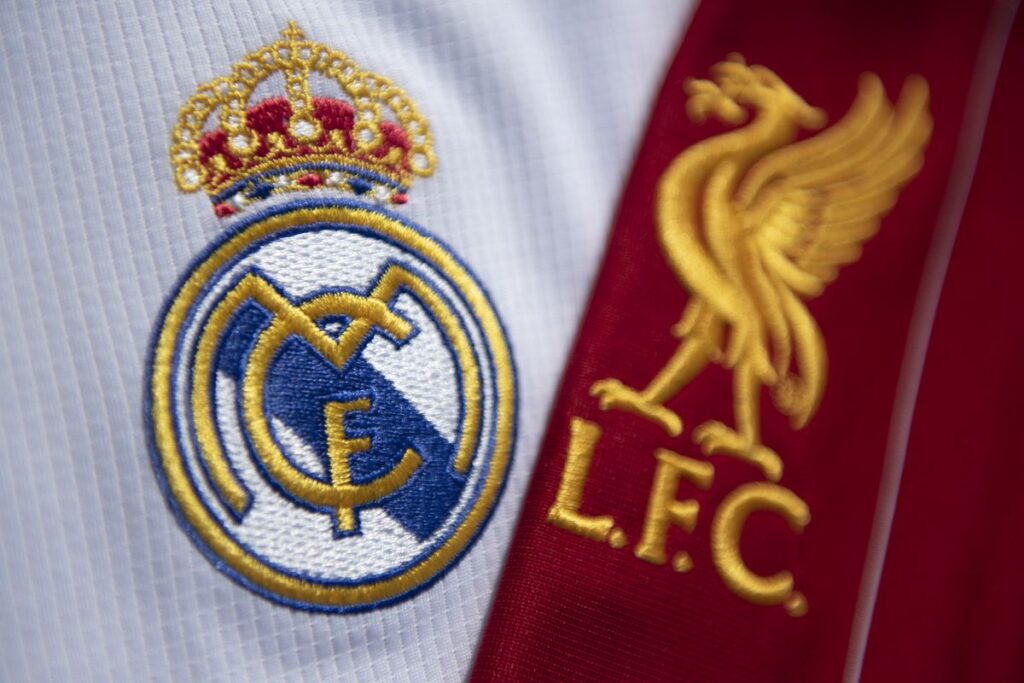 UEFA has broadcasting partners all over the world with a vast appeal of the tournament. I have listed all the TV channels below where you can catch the live coverage of the matches.

All these broadcasters show the UCL matches live on their cable/satellite TV channel. Real Madrid and Liverpool have their own club channels where you can watch the match live. However, both club channels require you to register first by paying some monthly subscription charges.

How to Live Stream Real Madrid vs Liverpool Quarterfinal Match

Most of the aforementioned channels have their own streaming service where you can watch all the UCL action live. For instance, if you’re living in the UK then BT Sport is the channel you need to turn on. BT Sport has a mobile app where you can live stream all the UCL matches and watch the highlights as well.

In Canada, you can use DAZN to watch champions league action. DAZN isn’t a free service, you need to pay before you can watch any match. UEFA has its own streaming service that allows users to match the champions league, Europa league matches and women champion league live. However, this service isn’t available in all countries due to broadcasting partners of UEFA. You can check from the list given above whether the streaming service is available in your country or not. 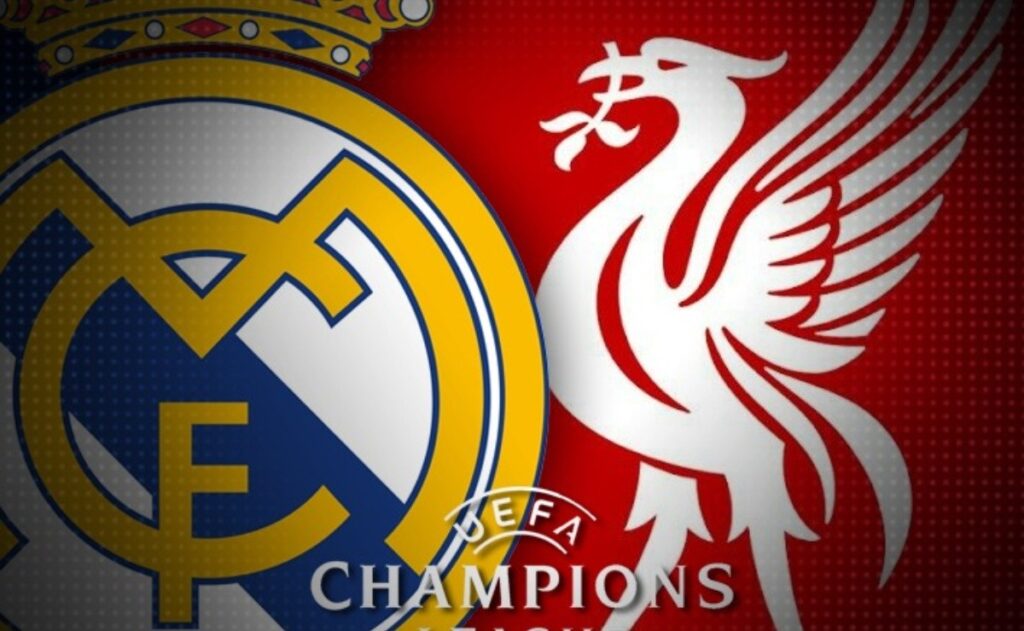 Can I Watch Real Madrid vs Liverpool on Soccerstreams

Yes, you can watch the quarterfinal encounter between both the teams on soccerstreams. For those of you who are not aware of soccerstreams, it is a free streaming platform where you can watch all the matches of Premier League, La Liga, Champions League, etc. Soccerstreams is a great service for anyone who doesn’t want to spend a single dime of football streaming. All the official streaming services charge the user on monthly basis. So, it’s good to have an alternative platform where you easily stream the matches live for free.

In order to watch the match of soccerstreams, you need to have a high-speed internet connection and a mobile device or PC. Once you have these things, you just need to go to their website and click on the match link to start watching the live stream. Just like any other free streaming site, you have to deal with pop-up ads. However, you get HD quality streams which are quite good if you’re using it for free. So, go to the soccerstreams website and start watching the UCL live.

There you have it guys! If you have any queries related to the topic then feel free to let us know in the comments section.