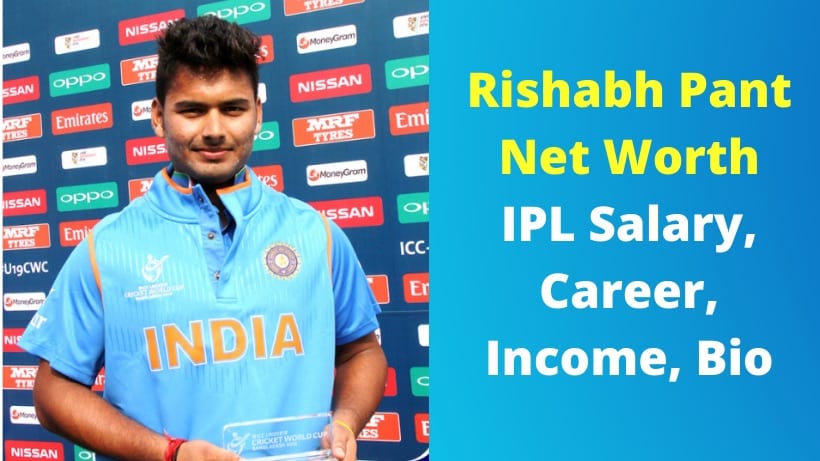 Rishabh Pant is a young wicketkeeper from Delhi. The estimated net worth of Rishabh Pant in 2021 is $5 Million(Rs 36 crores). He recently came in limelight due to his brilliance in Australia. Pant played well in the test series against Australia. He represents Delhi Capitals in IPL. Rishabh Pant has an aggressive style of batting. Much like Adam Gilchrist he comes down the order and likes to play some big shots. Pant also excels in athleticism. He has shown quickness in the field. In this article, we will take a look at the estimated net worth of Rishabh Pant in 2021 and also his assets.

At just the tender age of 19, he has been through so many ups and lows. Pant has first received appreciation for his performance in the U-19 world cup. In the 2016 U-19 world cup he scored the fastest half-century of the tournament. The team lost the title, but Pant was the biggest positive Indian team got. With this, he gained a permanent place in Delhi domestic circuit. Pant moved from city to city in his youth days to make a name himself.

Pant is not a finished product yet. He is still a young and athletic player. He has a huge scope to improve. The Delhi lad has the opportunity to become a mainstay in the Indian cricket team.

Rishabh Pant was in Roorkee, Uttarakhand. He was born to his parents Rajendra Pant and Saroj Pant. Pant would travel with his mother on weekends to Delhi for training. He was getting training at Sonnet Cricket Academy. He and his mother used to stay at a Gurudwara as they had no place to stay in the city. Pant has been through this kind of struggle.

Pant was directed by his coach to modify his entire batting technique.  His turning point came in U-19 domestic cricket. He scored a century in the second innings of that match. The coach recognized his talent because of this innings. He still considers it the most important knock of his lifetime.

BCCI has a system of annual player contracts. Through these contracts, he has bagged Grade A contract. He gets Rs 5 crores annually by playing for the Indian team. Also, he gets Rs 3 lakh per test match and Rs 2 lakh per ODI. He gets Rs 1.50 lakh for the T20 matches he features. There are also several cash bonuses for performing brilliantly. Players get added incentives for scoring a century, half-century, or taking a 5 wicket haul. 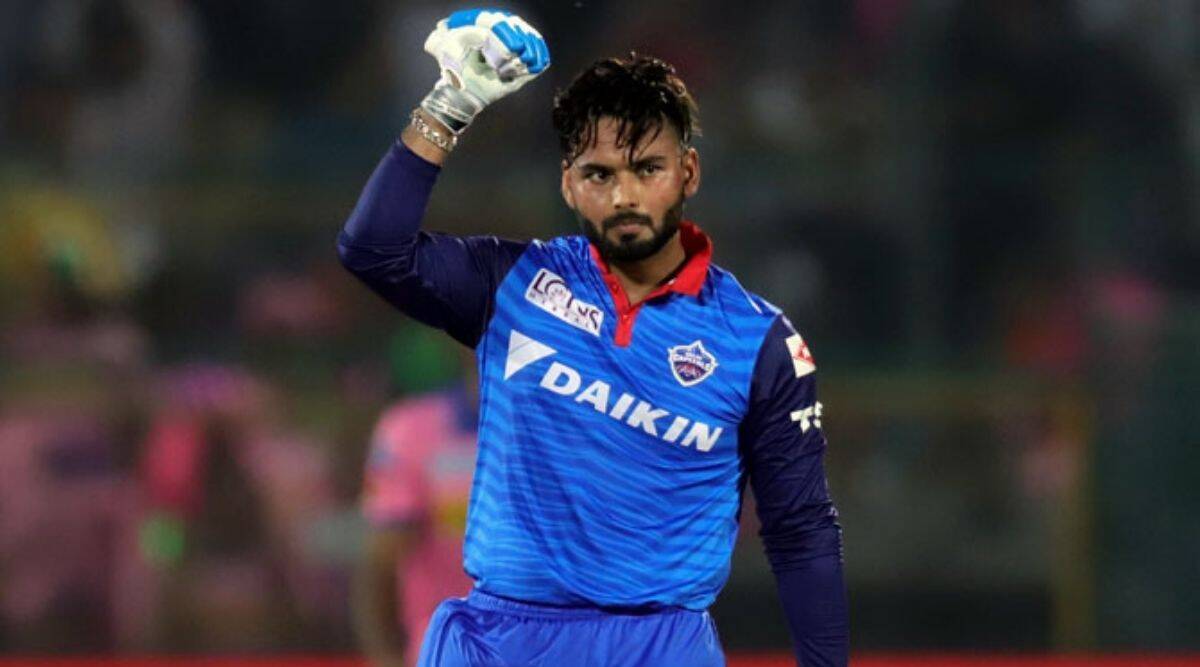 In IPL, Pant gets Rs 8 crores from Delhi Capitals. Delhi pays Rishabh Rs 8 crore as his fees for the whole season. Advertisements also play an important role in the estimated net worth of Rishabh Pant.

Rishabh earns the majority of his money from BCCI and IPL contracts. Along with this he also earns through endorsements. He has several endorsement deals as an Indian cricket player. He has an endorsement with SG and Adidas cricket for bat and kit sponsorship. Also, Boost appointed him as their Brand Ambassador. Several brands like him as their choice for the endorsement of the brand.

Rishabh Signed a 3 year deal with JSW Steel last year. The deal is massive and it will give him a huge chunk of earning. The Pant Project is another brand where he gets his money from. The player has several endorsements to his name. His hard work has helped him reach this level of popularity. Also, endorsement plays a vital role in the net worth of the Rishabh Pant.

In the initial days of his career, Pant was often criticized for throwing his wicket easily. His arrival on the international stage was in 2017 in a T20 match. His performance in U-19 and domestic cricket was brilliant. On basis of those performances, he arrived at the international stage. He was unable to produce the same level of consistency at the bigger scenario.

Selectors, cricket commentators, and ex-players often looked at him as a player with loads of potential. Rishabh is slowly maturing as a player. In the starting days, he often used to drive his innings hitting slogs. Midwicket was his favorite zone. In the attempt to hit the ball outside off towards midwicket he used to be dismissed by spinners. He was more of a legside player.

His maturity is growing with the experience. The latest example of this was the Gabba Test against Australia. In the test, he played some brilliant drives through the offside to pacers. Also, to spinners, he was avoiding playing unnecessary slogs. His fearlessness worked in India’s favor. He was attacking the spinners in spite of ball pitching in the rough.

Pant has a lot to improve as a batsman. He must still identify the opportunities to play aggressively. In spite of having a swing every few balls, this approach will work more. His glovework has also improved. By spending training time with the other wicketkeeper Wridhiman Saha, he is learning. It seems that slowly his wicketkeeping skills will also do wonders for team India.

Rishabh Pant has only played a single ICC tournament in limited-overs. There are many to go yet but his first one was average. He appeared in ICC 2019 world cup. This opportunity came to him with an injury to Shikhar Dhawan. He was the official replacement for Shikhar in the tournament. The youngster got an opportunity to play a world cup match at age of 21. 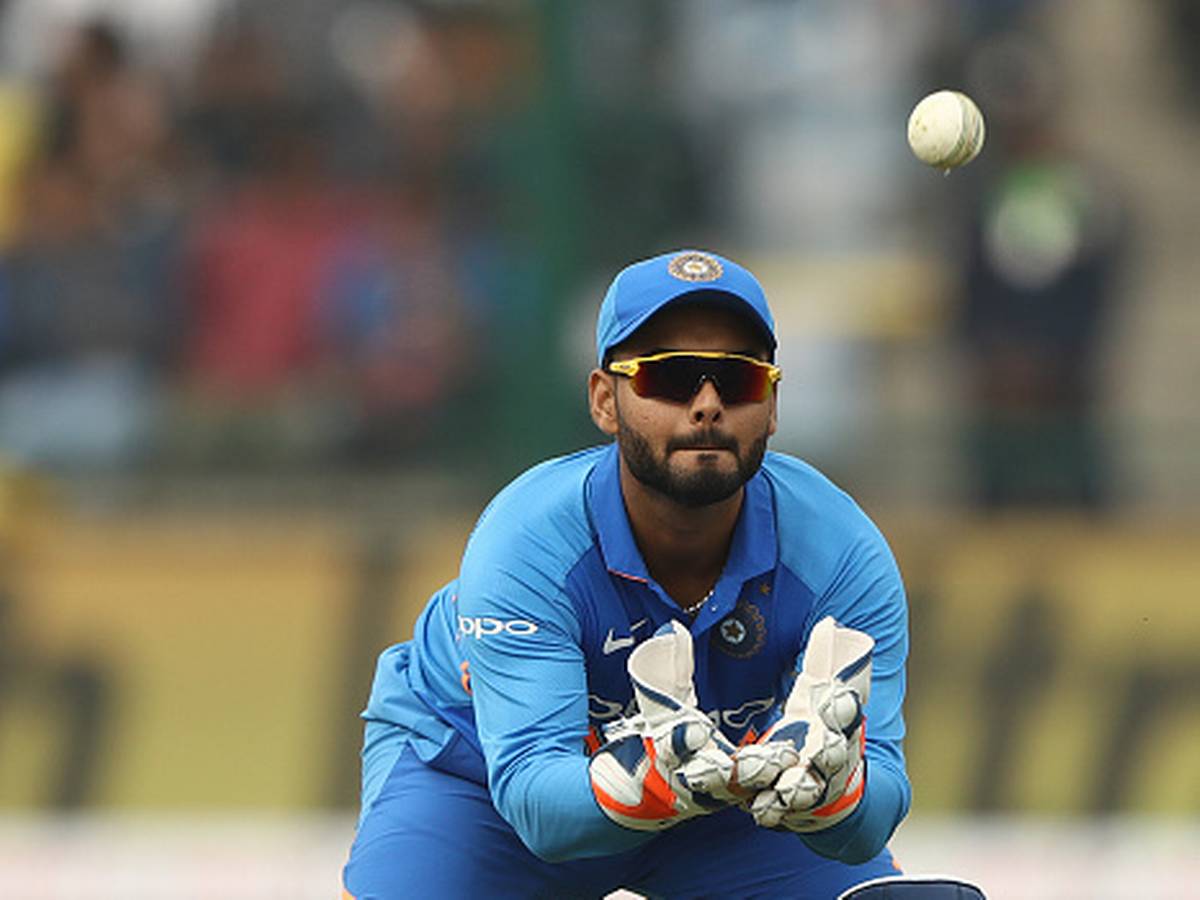 He played 4 matches and scored 116 runs in the tournament. Pant played as a specialist batsman in the playing 11. His technique in the semifinal against New Zealand was good in the semi-final. The player was inconsistent at that time. Pant has to prove his worth in ODI cricket like the Test matches. There are many ICC tournaments which the youngster is going to play. He is the future of the team. So, he will be an important player in the team for sure.

Rishabh Pant lives in a luxurious house in  Haridwar, Uttarakhand. There is not much information available about the house or its cost. Also, he owns several real estate properties across the nation.

Talking about automobiles, he has several luxurious cars in his collection. The Delhi cricketer owns several cars like Mercedez, Audi A8, and Ford. These cars are worth crores. The valuation of the Audi A8 is more than Rs 2 crores. He owns two cars of Mercedez. Mercedez Benz C class has a price of more than Rs 80 lakh. Mercedez GLE is a very lavish car. It costs more than Rs 1 crores. Ford Mustang is another car owned by Pant which has a value of more than Rs. 95 lakhs.

Rishabh does not have any charity organization. But, he helps people in times of crisis. During the second wave of the COVID pandemic, he helped to fight against the virus. Pant donated money to Hemkunt foundation. The help was provided to procure oxygen cylinders, beds and provide relief kits for patients fighting against the crisis.

Rishabh Pant has played for only one franchisee throughout all seasons. Delhi Capitals invested in this young lad. They continuously back him. It has also started to produce results. As he plays an explosive knock in the middle order. It looks like the franchise will retain him for the mega auction next season.

Pant first appeared in the tournament, he made his debut in 2016. His first season was quite average. He scored 198 runs in 10 matches of the season. 2018 was the dream season for Pant. He scored 684 runs in that season with an average of 52.61. He scores 1 century and 5 half-centuries in that season. Overall, Pant has 2292 runs in 76 matches.

Pant is often looked upon as the skipper after Iyyer. It will be interesting to see how he will lead Delhi Capitals. This will be possible if Shreyas Iyyer part ways with the team.