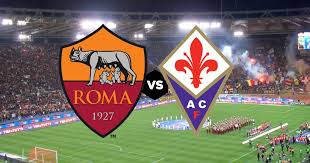 Roma vs Fiorentina is the first match of the season for both the clubs in the upcoming 21/22 season. It will be an exciting fixture, as both the teams have new head coaches in place, and both of them would be looking to impose their ideas and come out on top.

AS Roma have brought in Jose Mourinho to replace their outgoing head coach, Paulo Fonseca. Jose Mourinho has pedigree, and years of experience working at the top. Although he is not the same man he was when he joined Inter over a decade ago, he still has plenty to offer and could help AS Roma win their first trophy in a number of years.

The two sides have made a few decent signings, with Roma bringing in Tammy Abraham from Chelsea and Rui Patricio. whereas Fiorentina has brought in Nico Gonzales to prepare for the possible departure of their star striker, Dusan Vlahovic. The transfer business may not be over for either side yet, but it will all boil down to the results on the pitch.

Fiorentina ACF meanwhile looks to brush past the blemishes of last season where they finished in the bottom half of the table. They will look to build towards a higher league finish if European qualification is beyond them for now. With a new man in the dugout, who is relatively unknown outside of Italy, it would be intriguing to see how things turn out.

How to live stream Roma vs Fiorentina?