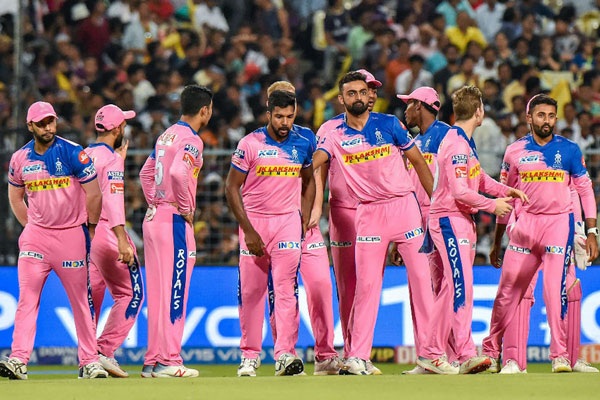 Regarded as the Moneyball team in the Indian Premier League, Rajasthan Royals are a cricket franchise based in Rajasthan. Rajasthan Royals are one of the initial eight IPL clubs. This IPL franchise lifted the trophy in the inaugural year of the tournament, in 2008. Since then, the club has struggled to do so. Also, since 2008, RR has failed to make it to the IPL finals. Nonetheless, RR has a great squad and often amazes on the field. The club has a huge RR player salary list to go with.

Every IPL team has to keep star players on a big payroll. And Rajasthan Royals boast some of the gems of the tournament. To keep top players in top form season after season, teams are paying their players a whopping sum of money year after year. Speaking of star players, we have Steve Smith, Sanju Samson, Ben Stokes on the RR squad list. All these players make well over US$1 million per season with Rajasthan Royals.

During the 2020 IPL auction, Rajasthan Royals bought the most number of players. Their costliest bid was INR 3 crore for Robin Uthappa. Likewise, they took in Jaydeve Unadkat for INR 3 crore, Yashasvi Jaiswal for INR 2.4 crore. At the auction, Rajasthan Royals took in eleven players, while releasing 11 players. Below is the complete list of RR player salaries in the 2020 Dream 11 IPL.

Their captain, Steve Smith is the highest-paid player in the Rajasthan Royals roster. The right-handed Australian batsman makes a whopping INR 12.5 crore (US$1.8 million) per IPL season with the club. Tied to Steve is another foreign player, Ben Stokes.

Just like other professional sports clubs in the world, IPL teams also make some part of their earnings through ticket sales and costume sales. Additionally, some part of the money comes from title wins. The Indian Premier League awards prize money up to fourth-placed teams in the IPL table. So, if you manage to make it to the playoffs, you will get awarded regardless of whether you make it to the final or not.

In the case of the Rajasthan Royals, this club only made it to the finals in 2008. They won the IPL title in its inaugural year. Since then, Rajasthan Royals have struggled to do so. After winning the first edition of the tournament, RR became the first team to record a profit of $7.5 million, pre-tax profit, in 2009. In 2020, Rajasthan Royals is expected to make a whopping sum of INR 40 crore from its sponsors.

Though Rajasthan Royals won the inaugural season of the Indian Premier League, the club has failed to do so in the latest years. Also, Rajasthan Royals have failed to make it to the finals since their first IPL win in 2008. As the winner of the first IPL season, RR recorded huge growth in brand value in 2009. However, the chart of their brand value is showing a downward trend in recent years.

When BCCI put all initial eight teams up for auction prior to the inaugural year of the tournament, Emerging Media claimed the rights of Rajasthan Royals for a prize of US$67 million. RR was the least expensive team in IPL. This IPL franchise is now owned by an Indian businessman Manjo Badale. Other major shareholders of Rajasthan Royals are Aditya S Chellaram, Lachlan Murdoch, and Suresh Chellaram.