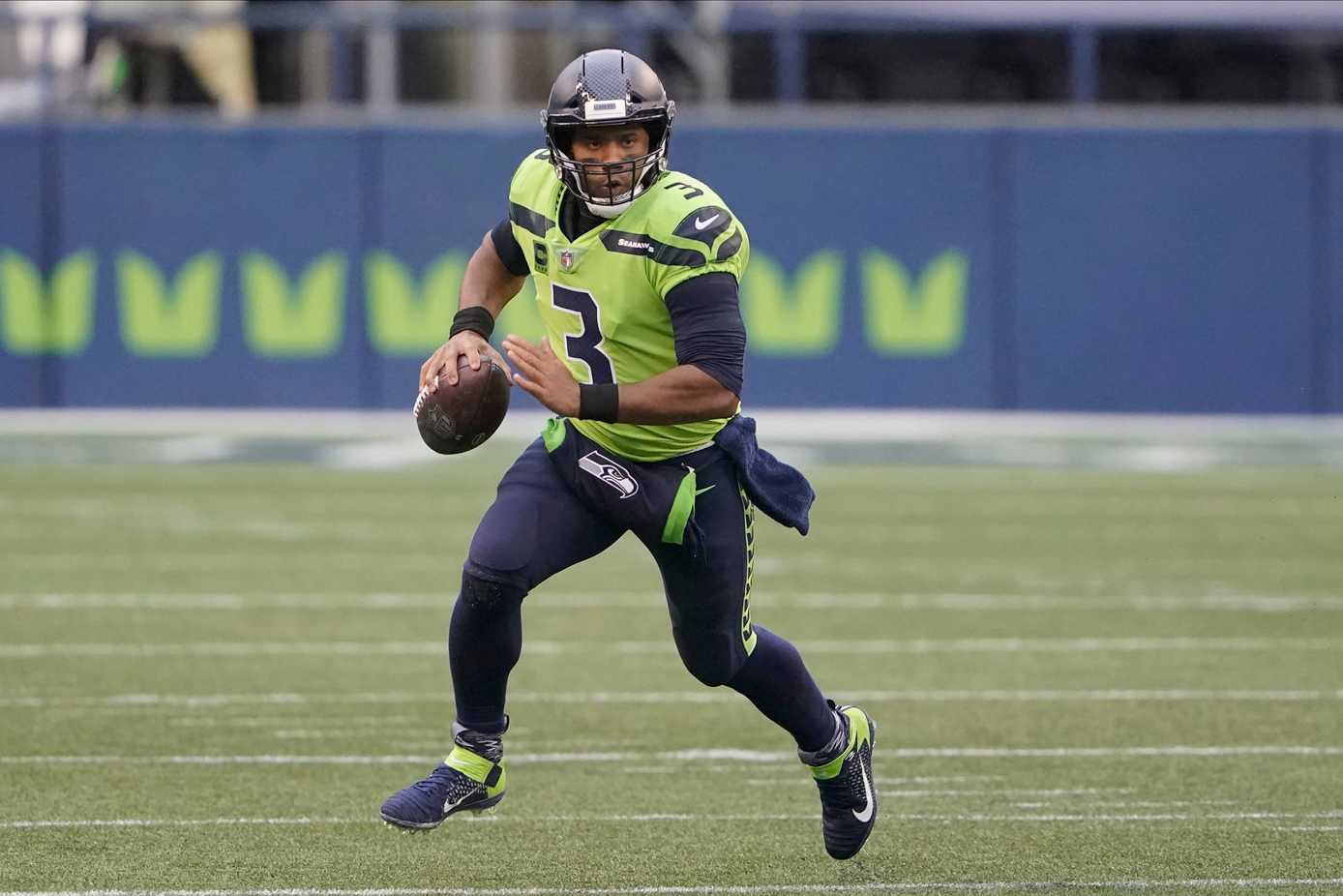 Russell Wilson’s full name is Russell Carrington Wilson. He is a 32-year-old American professional football quarterback. Wilson plays in the NFL (National Football League) by the franchise of Seattle Seahawks. Russell Wilson’s net worth in 2021 is $135 million. He played football in college as well. He played for the Wisconsin Badgers football team and was drafted by NFL from there.

A young Russell started playing football with his father and brother at the age of four and took part in his first organized game for the Tuckahoe Tomahawks youth football team in sixth grade.

Russell Wilson attended Collegiate School, a preparatory school in Richmond, Virginia. As a junior in 2005, he threw for 3,287 passing yards and 40 passing touchdowns and rushed for 634 rushing yards and 15 rushing touchdowns. He was named an all-district, all-region, and all-state player. Wilson was twice named the Richmond Times-Dispatch Player of the Year. In the school as a senior player, he threw for nearly 3,009 passing yards, 34 passing touchdowns, and seven interceptions. In addition, he rushed for 1,132 yards and 18 touchdowns.

Apart from the football team, Wilson also was an all-rounded and important member of the Collegiate School due to his investment into their basketball and baseball teams.

Wilson committed to North Carolina State University on July 23, 2006. Wilson got redshirted during the 2007 season at NC State. In 2008, he initially split time at QB with senior Daniel Evans and junior Harrison Beck. He has a fairly successful stint with the NC State team and was quite impactful that ultimately earned him a lot of recognition. He nearly jeopardized his football career with NC State when his coach almost cut him from the team for his love of playing baseball.

In 2011, he got transferred to Wisconsin Badgers for pursuing a career in football. He won the 2011 Big Ten Championship game over the Michigan State Spartans in a close 42-39 game. Wilson finished the 2011 college season with 33 passing TDs, which set the single-season record at Wisconsin and also remained the second-most in Big Ten history. He completed his college football career at the 2012 Senior Bowl where Russell’s North Team was victorious.

His overall college win-loss record read at 29-21. Russell Wilson was selected by Seattle Seahawks with their 75th pick in the third round of the 2012 NFL Draft. He played as the starting QB for two college teams from 2008 to 2011.

Seahawks QB Wilson’s net worth in 2021 has been estimated to be around $135 million. The major sources of his wealth status are his NFL contracts, salary, and endorsements.

At the time of signing of that deal were the highest average paid contract, most in total guarantees, and one of the biggest signing bonuses in NFL history. Wilson on his current contract earns nearly more than 40 times his rookie salary.

He had agreed to a long-term deal with Nike in 2016. The terms of the contract were not put up for disclosure and speculations were ripe about one of the biggest deals in the league at the time of signing.

Wilson also had started a clothing and footwear brand called Good Man Brand, which sells at Nordstrom. Launched in 2016, the brand offered a mix of products including tailored blazers and snazzy lifestyle sneakers. Russell has also appeared in endorsements with Microsoft, Nike, Bose, United Way, Alaska Airlines, Braun, Eat the Ball, and Luvo.

In 2016, Russell Wilson also partnered with Juice Press to open the company’s first flagship store in Seattle. In 2018, he also became the face of the Wheaties cereal box. Furthermore, Russell Wilson also has an important investment in the MLS franchise Seattle Sounders FC’s ownership group.

Below is a list of some of the remarkable achievements that Wilson has achieved throughout his career:

Apart from this, Wilson also has several NFL and franchise records to his name providing a silver lining to a Hall of Fame QB career.