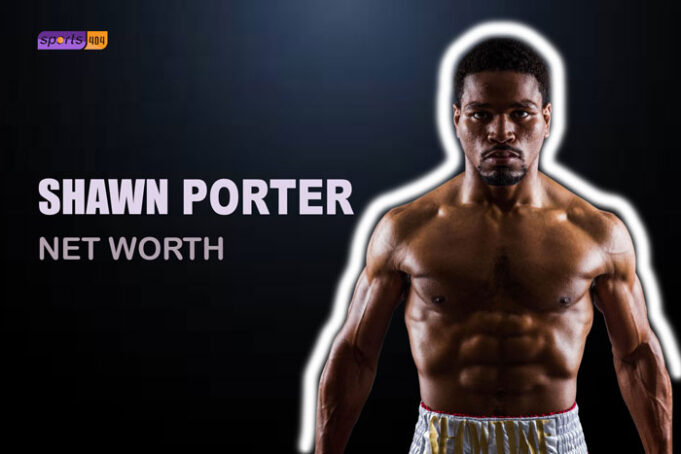 Shawn Christian Porter is an American professional boxer who is a former two-time welterweight champion for WBC and IBF.  The 33-year-old’s currently based out of Las Vegas, USA.

BoxRec and the Transnational Boxing Rankings Board ranked Porter as the world’s fourth-best active welterweight boxer. However, The Ring ranks him as the fifth-best active boxer in the same category.

The American boxer has an amazing amateur record of 276-14. Meanwhile, his professional boxing record is as follows:

After that, he lost against fellow Americans, Keith Thurman in June 2016, and Errol Spence Jr. in September 2019.

Shawn is well-regarded for his aggressive pressure fighting style, as well as his high work rate and physical strength.

What is Shawn Porter’s net worth?

Shawn Porter’s net worth is $5 million according to Celebrity Net Worth. The majority of the ringster’s earnings are from his professional boxing.

He fought a staggering 17 professional fights just in his first three years as a professional boxer, winning all of them.

Porter is trained and managed by his father, Kenny Porter, with who he has a close relationship.

Shawn is married to his wife, Julia Porter since 2014 and they’ve recently announced on Instagram that they’re expecting another baby.

Shawn’s recent fight with Errol Spence Jr. raised a lot of engagement on social media as reported by ESPN.