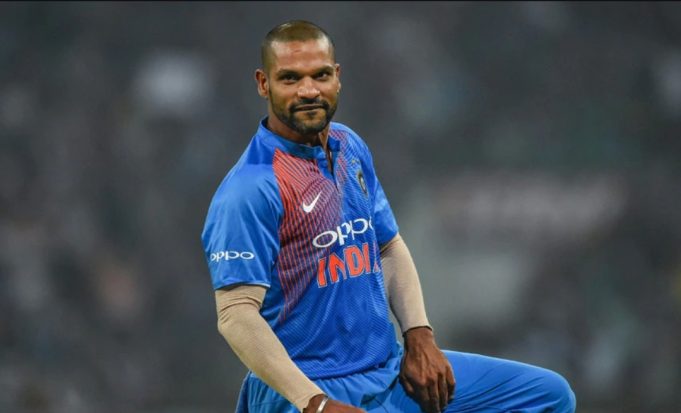 Shikhar Dhawan is a 35-year-old Indian cricketer. The left-handed opening batsman is a talented player. Dhawan will tour Sri Lanka . He is the captain for the side. The estimated net worth of Shikhar Dhawan in 2021 is about $13 million(Rs 96 Crore). Gabbar is another nickname of Dhawan. He is always lively on the field. Shikhar has been representing India since 2013. He seems to be a promising cricketer and will help the Indian win several trophies. Dhawan has become an inspiration for many youngsters. Today, we will talk about the net worth of Shikhar Dhawan and salary in the year 2021.

Dhawan plays for Delhi in first-class cricket. Also, in IPL he opens for Delhi Capitals. His journey from coming from a poor background to owning luxury cars and homes has been incredible. From gully cricket to IPL, the journey was beautiful. Let us know about the player’s net worth.

Shikhar Dhawan is a Delhi-born lad. He was born on 5 December 1985. He was born in a Punjabi family. His parents are Sunaina and Mahendra Pal Dhawan.  He completed his schooling at St. Mark’s Senior Secondary Public School in Meera Bagh, Delhi. Since the age of 12, he trained at the Sonnet Club. An interesting fact is Dhawan was a wicketkeeper when he joined the academy.

Dhawan took his first big step on the cricket field in 1999. He played for Delhi Under-16s in the Vijay Merchant Trophy. One year later he was the leading run-scorer for Delhi 2000/01. He scored 755 runs from 9 innings. His records were impressive at the youth level. Also, his progress from youth to senior level. 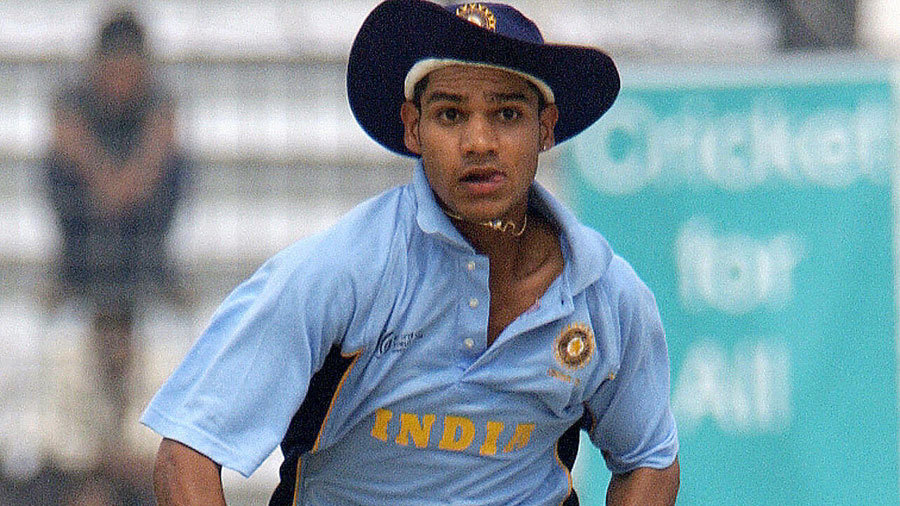 2004 U-19 world cup in Bangladesh was the breaking point for him. He scored 505 runs from 7 innings. He scored 3 centuries in that edition. It took him a long time to enter the national team due to high-quality competition. He is a naturally attacking left-handed batsman. Also, he is one of the mainstays for Delhi Capitals in IPL. Dhawan played in a strong batting lineup involving Gautam Gambhir and Virender Sehwag.

Dhawan is impressive with his side-on stance and negligible trigger movement. He is strong on the offside with his cuts and drives. His leg-side game seems to be scratchy. But, he is strong in the offside games. He is a natural stroke player. Also, he has the ability to pick the line and length of the ball early.

He was handed an ODI debut in 2010. A series of inconsistent performances eliminated him from team composition. He was not so consistent in the initial years. His big moment at the international level came in 2013. Indian skipper at that time Dhoni promoted him to open the innings. The move was very beneficial and it resulted in inconsistent performances by the opener. His first ICC tournament, ICC Champions Trophy 2013 was terrific for him. He scored consistent runs at the top.

In Test cricket also, he performed well in home conditions. The only problem he faces is in tough conditions. In-swinging conditions, due to the small trigger movement he loses his wicket sometimes. Dhawan has to improve to score runs in an overseas top gain a permanent place in the Test squad.

Shikhar Dhawan has been very consistent in ICC tournaments. He is a player of big matches. Especially in ICC tournaments of ODI format, his record is impeccable. His journey starts from Champions Trophy 2013. He was promoted as an opener in that tournament. He grabbed the opportunity with both hands.  Dhawan has scored 1238 runs in 20 ICC tournament matches with an average of 65.15.

Let us start with his impressive record in World Cups. ICC Cricket World Cup 2015 was his first 50 overs world cup. In that edition, Dhawan scored 412 runs from 8 matches. He was 5th on the list of most runs at the end of the tournament. This runs involved 2 centuries and a half-century. In the 2019 world cup Dhawan just played two matches. He got injured after that. But, he scored  125 runs in those 2 matches. One of which involved a 117 runs innings. Overall, Shikhar has scored 537 runs in 10 matches in World Cups.

In the champions trophy, he has been a star. Dhawan played two editions, 2013 and 2017. ICC Champions Trophy 2013 was the first edition where he gained recognition on the international stage.  Shikhar Dhawan scored 363 runs in 5 matches in that edition. He scored 2 centuries and a half-century in the tournament. Dhawan was a terrific opener in the tournament. He and Rohit used t give a solid opening partnership for the team.

2017 Champions Trophy was a good outing for the Indian team. They were the runners-up of the tournament. This time also Dhawan played a key role for the team. He was terrific with the bat. Shikhar scored  338 runs in 5 matches. This involved 1 century and two half-centuries. In champions trophy matches, he has scored 701 runs in 10 matches.

Shikhar Dhawan has been good in IPL matches. He is playing since the first edition. Also, he has played for various franchisees. Shikhar has played for Delhi Daredevils, Delhi Capitals, Mumbai Indians, Deccan Chargers, and Sunrisers Hyderabad. He started his IPL career with Delhi Daredevils. His franchisees kept changing. His peak time came for Sunrisers Hyderabad. He started performing consistently in 2016.

The player mainly gets his salary from the Indian cricket team and IPL. Dhawan is playing for Delhi Capitals in IPL. He gets 5.2 Crores each year from his franchisee. Also, there is a contract system for Indian players. He has been handed a Grade A contract this year. He is getting Rs 5 Crore from that contract. This makes the annual salary of 10.2 Crores. This means that the estimated net worth of Shikhar Dhawan is Rs 10.2 Crores only from salaries.

Shikhar has many endorsements as an Indian player. He has the endorsement of Jio, Nerolac Paints, GS Caltex, fantasy cricket application Dream 11, Zero Risque, Fever FM, DB Dixon, StanceBeam, Boat, and many bike companies. He is one of the star players on the team. That is one of the reasons why companies want him to endorse their brand. From this, he gets around 50 lakhs for the endorsement.

House: He owns a luxurious designer house in Delhi, India. He has several homes in Delhi, Mumbai, and other cities in India. His house in Delhi is worth 6 crores in 2021. His overall properties are estimated at around Rs 13 Crore. Also, he owns a house in Australia. That is also valued at around 6.7 Crores.

Cars: He has a liking for luxurious car brands. He owns Audi A6, BMW GT, Range Rover Sports. His spending on luxurious cars is 3.5 Crores. He also owns Suzuki Hayabusa.

India’s left-handed opener is a down-to-earth man. He has been involved in various charities but does not like to disclose the amount. He is continuously doing charity work. Last year due to COVID condition, he donated an undisclosed amount PM Care Fund. Also, in July 2020 he donated some basic amenities and cricket kits to refugees in Delhi. He was also seen in a fundraising gala by Virat Kohli’s foundation.

The player’s salary depends on various factors. it depends on the BCCI which grade they put him in. Endorsement and brands are also pivotal in his earnings. New contracts benefit him more. He has several properties and invested money in various sources. Considering this thing, his income will grow significantly in the future for sure.

The player’s performance has earned him continuous growth on a financial aspect. His income is on a continuous rise.