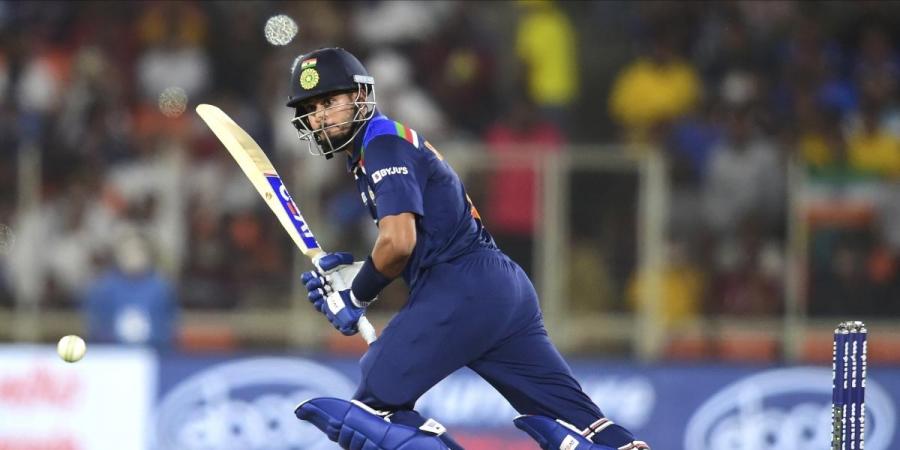 Shreyas Iyer is one of the mainstays in the limited-overs format. The estimated net worth of Shreyas Iyer in 2021 is $4 Million(Rs 30 crores). Iyer is a middle-order batsman. He plays well at number 4. Shreyas is the skipper for Delhi Capitals. He plays some brilliant drives. Also, Iyer has the ability to control the pace of the innings. He can play defensive innings. Also, he is able to play aggressive knock. In the following article, we will know more about the estimated net worth of Shreyas Iyer, his salary, and much more.

Pravin Amre played an important role in identifying the talent of the cricketer. He is usually impactful in the middle order with his ability to play pace. His drives and pulls against the fast bowlers are good. Iyer is a player with a lot of talent. He has the potential to become a future superstar for the Indian cricket team.

Shreyas is injured right now, but he will be back soon in the limited-overs format. ODI will be a key format for him. The T20 world cup is approaching soon. With the arrival of Suryakumar Yadav in T20 cricket, his place in the T20 side might be in danger. It will be interesting to see how Shreyas might perform after his comeback.

Shreyas Iyer was born on 6 December 1994. He was born in Chembur, Mumbai to a Tamil-speaking family.  His parents are Santosh Iyer and Rohini Iyer. He was educated at Don Bosco high school, Matunga.

His potential in the game was first identified by Pravin Amre. He was just at the tender age of 12. He was spotted playing drives against pacers twice his height. Shreyas was dominant on the front as well as the back foot. He was nailing the drives and punches. Pravin Amre trained this raw and pure talent in the upcoming years. Amre spotted him at Shivaji Park.

His teammates at different age group levels used to compare him to Virender Sehwag. His college days in Poddar College in Mumbai turned out important. He helped his team lift some trophies with the performance.

BCCI has an annual contract system. Through this various cricketers are paid according to the contract they are in. There are only three players in A+ grade category. Rohit Sharma, Jasprit Bumrah and Virat Kohli are these three players. Iyer is in the grade C category. Youngsters like Shubhman Gill and Mohammad Siraj are also in Grade C.  He receives Rs. 1 crore through this contract.

Iyer also receives Rs 2 lakhs per ODI match and 1.5 lakhs per T20 match. He is usually selected very often in these both teams. Also, he gets payments for scoring centuries, half-centuries, or playing a match-winning knock. Also, a man of the match or other awards gets him cash prizes. Overall, the estimated annual net worth of Shreyas Iyer through cricket is Rs 1 crore. The main criteria for the payment of a player depend a lot on his talent.

Talking about IPL, he is one of the youngest captains in the Indian Premier League. He is a key player for his franchisee. He receives Rs. 7 crores through the IPL contract.  On average, he receives around Rs 8 crores in a single year.

Shreyas Iyer has recently grabbed the limelight. He has been popular in the last couple of years. Being new to the endorsement world, he has fewer brands to his name. But still, he has a healthy amount of earnings through the endorsements he has. Endorsements play an important role in the net worth of Shreyas Iyer.  He has an endorsement for CEAT. CEAT is also his bat sponsor. Also NBA India, Dream11, and One Plus are other brands he is involved with.

Currently, CEAT is the biggest endorsement he has to his name. As the cricketer will gain more and more fame, he will get some more brands for sure.

Showing his talent since college days, Iyer was picked for a spot in the U-19 world cup 2014. He was brilliant on the slow-ish tracks. He was sent to play for the Trent Bridge cricket team in England. With the ball coming on the bat he scored 297 runs in 3 innings. The conditions were helpful for him. His performance for Trent Bridge inspired him to give some prolific performances in the domestic circuit.

Shreyas averaged above 50 in his first Ranji Trophy and Vijay Hajare Trophy. In his maiden Ranji season, Iyer scored 809 runs. He bettered his performance in the 2015/16 season. In that edition, amassed 1321 runs with 7 fifties and 4 hundred.  His strike rate was incredible in his domestic cricket days. He used to play aggressively.

His technique also has one flaw. Against seam movement, he was dismissed. Also, he was edging the ball to the slips. Iyer has age on his side. So, he has time to correct his flaws. With some improvements in playing style, he can become a superstar in Indian cricket.

Shreyas Iyer is yet to make its debut in the ICC tournaments. He is a reliable middle-order batsman for India. There might be a single or two editions in which he will play for 50 overs world cup.

Shreyas has an apartment in Bandra, Mumbai. It has a light-colored theme and has a conventional setup. The house is a luxury designer one. Also, he has several Apartments across the countries.

Along with being a talented cricketer, Shreyas is a brilliant human being. He provided financial aid for Chinmaya Mission in the United Kingdom. Iyer also joined Dharmik Movement and appealed to people to make some charities for families in need. Other than this there is not any known work of his charity. The cricketer has recently risen to fame and is gaining new heights of popularity.

Iyer kicked off his IPL career in 2015. Delhi Daredevils bought him in the auction for 2.6 crores. He became the highest-earning uncapped player in the tournament. He scored 439 runs in 14 matches in his debut season. Iyer became the emerging player of the tournament by this performance. Shreyas was handed the captaincy of the team in 2018 replacing Gautam Gambhir. He became the youngest captain for Delhi Daredevils in IPL history at age of 23 years and 142 days.

For Shreyas Iyer, his captaincy record turned out to be pretty good for 2019 and 2020. In 2019, they qualified for playoffs for the first time in the last seven years. In 2020, Iyer led Delhi Capitals to their maiden final. Although his team lost against Mumbai Indians he played a knock of 65 runs in a losing cause. His best season in terms of runs was 2020 when he scored 519 runs in 17 matches. But, in my opinion, 2018 was his best IPL year. He scored 411 runs in 14 matches in that season. He scored 4 half-centuries with an average of 37.36. Also, his strike rate was better than in 2020.

His performances for Mumbai in domestic cricket gave him an opportunity to play the most decorated T20 league in the world.  The player missed this season due to injury. It will be very interesting to see whether Delhi retains their captain in the next auction or they release him. Anyhow, the talented and stylish right-handed batsman will continuously grow in the cricket world and will score more and more runs.