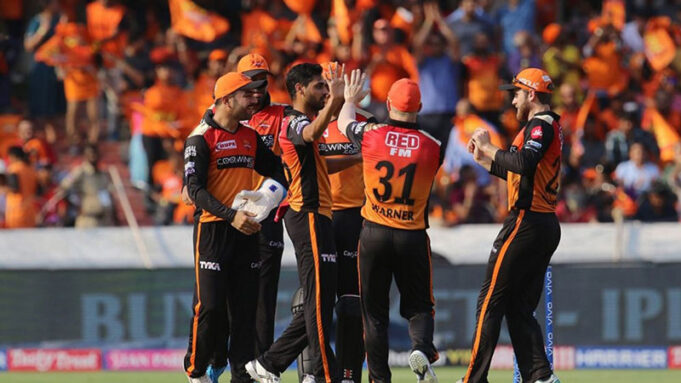 The brand value of the Indian Premier League (IPL) increased to INR 47,000 crore which is equivalent to US$6.6 billion. Sunrisers Hyderabad contributes INR 483 crore (US$68 million) to that US$6.6 billion. Sunrisers Hyderabad is one of the most popular IPL franchises and has some great players on the roster. Along with some popular cricket players, SRH player salary is also good.

Sunrisers Hyderabad has four players who make over a million per IPL season. Their biggest payroll is their captain, David Warner who makes INR 12 crore (US$1.7 million) per IPL season with the club. Second to Warner in the list of highest-paid SRH players is their right-handed batsman Manish Pandey who earns a colossal sum of INR 11 crore (US$1.5 million) per season with the club.

The lowest salary in Sunrisers Hyderabad’s roster is INR 20 lakh which is equivalent to US$28 thousand. Four players in the SRH roster have INR 20 lakh (US$28,000). SRH entered the 2020 IPL auction with a total purse of INR 17 crore (US$2.7 million). The IPL franchise had a slot of 7 players to fill during the 2020 IPL auction. Their biggest spending during the action was INR 2 crore for Mitchell Marsh.

Here is a complete list of SRH player salary IPL 2021.

Sunrisers Hyderabad debuted in the tournament in 2013. The club replaced Deccan Chargers. Deccan Charges went down in 2012 due to bankruptcy. After Deccan Chargers claimed bankruptcy in 2012, Sun TV Network took over the franchise with a bid of INR 85.05 crore (US$12 million) per annum.