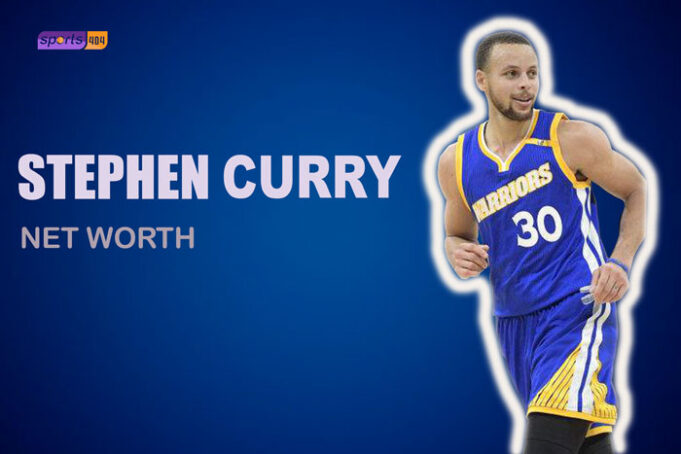 There would not be a single Basketball fan who doesn’t know who Stephen Curry is. He plays for the Golden State Warriors of the NBA (National Basketball Association). Stephen Curry is not only the most popular shooter of his time he also one of the richest basketball players. Stephen Curry’s net worth in 2021 is valued at about $130 million. He also has hands in making the basketball league reach global heights.

Stephen Curry was born on 14 March 1988, in Ohio. He got recognition when he first started playing for Davidson College. He entered the Basketball league in 2009 as the NBA’s seventh draft which was not a lot of name or money. But his luck changed when he entered the league and made his way to the toppers.

What is Stephen Curry Net Worth in 2021?

Stephen Curry’s net worth in 2021 is valued at $130 million. In the first four years of him being in the league, he made $12.7 million combined. Then in 2012, he signed a contract of $44 million for four years and his stardom began to rise. In 2017, however, he finally got what his hard work deserved which was $201.2 million for five years. This contract will end in 2022 when he’ll be 33 years old and would still have three to six years before retirement. By the end of which he would still be able to earn $200 million.

Stephen Curry has many endorsement deals going with different brands. In 2015, Under Armor Inc. signed Curry for a period of 9 years. This contract would be worth more than $4 million a year. He also has many other endorsements signed for big brands like Brita, Unilever, Sony, JP, Vivo, Morgan Chase, Brita and many more.

Stephen Curry married Ayesha Curry, a Canadian-American actress, host of a cooking television and author of cookbooks, in 2011. They have three children together named Riley Curry, Ryan Curry and Canon W. Curry.