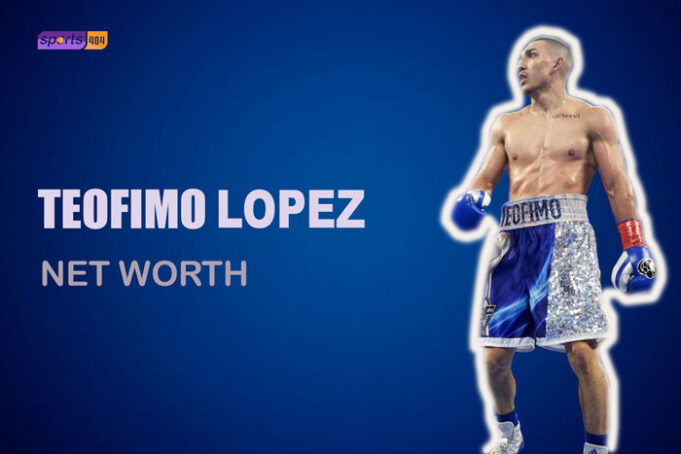 Teofimo Lopez is an American professional boxer who is the current unified lightweight world champion for IBF, WBA (Super), WBO, and The Ring.

The Brooklyn-born boxer initially decided to represent Honduras in amateur boxing, as he was born to Honduran immigrants.

Later on, he decided to fight as an American, winning the National Golden Gloves in the Lightweight category in 2015.

As a professional boxer, Lopez has a perfect record of 15 out of 15 wins. 12 of these wins were by knockout, making him an effective lightweight boxer.

What is Teofimo Lopez’s net worth?

Teofimo’s net worth is estimated to be around $2.5 million. The young star’s fortune is primarily due to his professional boxing career.

Here’s a list of his recent match purses that he received in his encounters in the ring:

The Orthodox boxer was rewarded with a whopping $1.25 million in his fight against Lomachenko, with the latter receiving $3.25 million.

Teofimo and Vasyl received earnings from PPV on a 40-60 ratio between the two boxers.

His father, Teofimo Lopez Sr., is also his trainer, and is responsible for introducing the young American to boxing when he was just 6 years old.

Cynthia Lopez is Teofimo Lopez Jr.’s wife, since 2019, and features frequently on his social media, as well as his public appearances.