Previously, however, he held the Ring magazine and lineal weight titles, as well as the unified WBA (Super), IBF, WBC, WBO, Ring, and lineal light welterweight titles between 2015 and 2017. 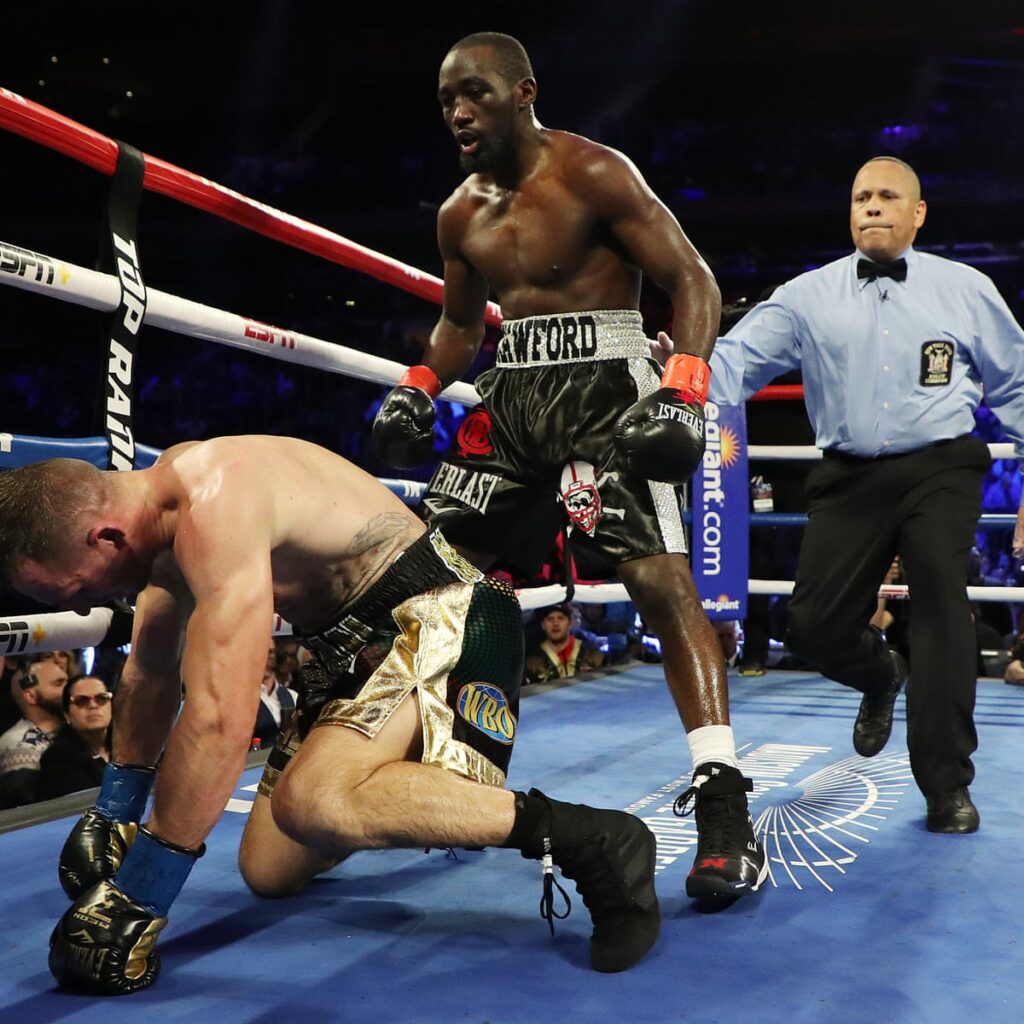 Moreover, his comfort level with switching from Orthodox to Southpaw is another added advantage to his vast boxing skillset.

Crawford has fought outside of the US on one occasion only, with most of his successes witnessed on American soil.

What is Terrence Crawford’s Net Worth?

According to Celebrity Net Worth, it is estimated that Terrence Crawford has a massive $8 million to his name.

His fortunes have grown steadily in terms of the match purse he received as a professional boxer. Here’s a list of some of his last few earnings:

The 33-year-old boxer earned $4 million for his fight against United Kingdom’s Kell Brook in November 2020, making it his highest ever match the purse.

The American ringster is really close to his family, as he frequently posts about them on his social media pages.