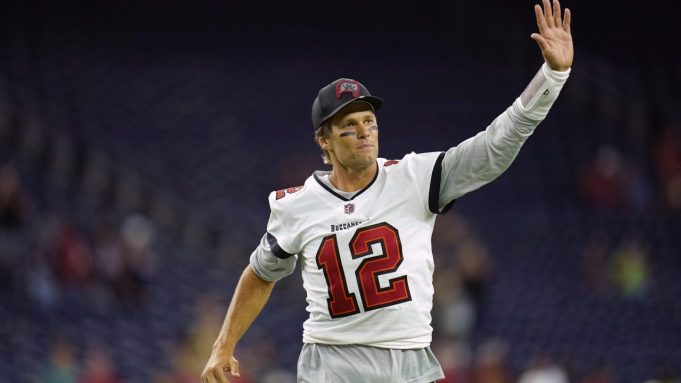 On February 1st, 2022, Tom Brady shocked fans all around the world with a retirement announcement posted on Instagram. Now 44, Brady has been a staple of the NFL for more than 20 years and has won numerous accolades over the years. He is considered one of the NFL’s greatest players, with an incredible record that speaks for itself. Brady’s impact on the sport goes beyond his impressive accomplishments, however, and extends to the millions of fans around the world who share his passion for football.

In honor of Brady’s incredible career and the love of the game he inspired in his fans, this article is all about the illustrious quarterback and his amazing achievements.

Born in 1977 on August 3rd, Thomas Edward Patrick Brady Jr. grew up in San Mateo, California. He was an avid fan of football as a child, often attending games and supporting the San Francisco 49ers. His appreciation of the team ran deep, and Brady considered Joe Montana to be his idol.

High school was an important part of Brady’s career. He excelled in both baseball and football, even being recruited as a Major League Baseball player by the Montreal Expos. Brady sought a different path, however, and decided instead to play football at the University of Michigan. Despite the decision, Brady did not begin playing college football until he was a junior. However, he quickly became a star player and even led the team to a 1999 Orange Bowl victory.

Brady was most known for his determination and knowledge of the game, with his physical skills considered less impressive. When he was drafted by the New England Patriots in 2000, Brady was determined to improve his technique and strength to remedy this perceived lack – and that is exactly what he did.

Brady did not command much attention at the very start of his career and was regularly bet against at casinos and sportsbooks until people saw what he was capable of. However, in 2001 the Patriots’ current starting quarterback was injured and Brady was given the opportunity to fill in. While his plays during this time were not incredible, they were consistently good, and Brady was ultimately named as the Super Bowl MVP when the Patriots won over the St. Louis Rams in Super Bowl XXXVI.

The Patriots won the Super Bowl again in 2004, with Brady receiving another MVP award. The 2005 season was particularly successful for both the Patriots and Brady himself. A 21-game winning streak broke the NFL record for consecutive wins that was capped by another Super Bowl win, they’re third in a four-year time span.

Brady continued reaching milestones, throwing 50 touchdown passes and setting an NFL record in 2007. This record would stand until 2013 when it was broken by Peyton Manning. The 2007 season also saw Brady lead the Patriots to a 16-0 regular season, the first in NFL history. However, the team would ultimately lose Super Bowl XLII to the New York Giants.

The 2008 season saw Brady sustain a season-ending knee injury and he spent the year recovering from the resultant surgery. He returned for the 2009 season. With Brady at the helm, the Patriots pulled a 14-2 record, the best in the league. He also earned a Pro Bowl selection and guided the team to yet another playoff tour. The postseason was equally successful for Brady, and he received another league MVP recognition. He was the first player to receive the award unanimously.

In 2011, Brady became one of two players to pass for 5,235 yards, breaking Dan Marino’s record in the process. He led the Patriots to the 2012 Super Bowl and continued to play at the Pro Bowl level through 2013. The 2014 season saw Brady lead the team to the Super Bowl and he earned a sixth Super Bowl start. It was at this point, however, that controversy struck.

Brady was accused of using underinflated footballs during the AFC championship game that won him his sixth Super Bowl appearance. The Patriots went on to win the Super Bowl and Brady received a third Super Bowl MVP win despite the scandal. However, he was also subject to punishment over the controversy soon afterwards. He was ultimately suspended from the first four games of the 2016 season. Despite this setback, Brady set an NFL record for most wins by a starting quarterback when he saw the Patriots to victory for the 201st time of his career. This included an unprecedented fifth Super Bowl win.

The next few years were a flurry of distinctions for Brady as he led the Patriots to the Super Bowl in both 2017 and 2018. The team lost in 2017 but won in 2018, giving Brady his sixth title and the distinction of being the oldest quarterback in history to win a Super Bowl game.

In 2020, Brady announced that he was leaving the Patriots and joined the Tampa Bay Buccaneers for a two-year contract as one of the highest-paid NFL athletes of all time. His skilled play did not waver even among new teammates, however, and Brady’s first season with the Buccaneers resulted in yet another Super Bowl win. This was Brady’s seventh win and the team’s second ever win. That same year, he set yet another record, this time for touchdown passes, with an impressive 581 passes. By the end of the 2021 season, Brady would become the only player to land a total of 600 touchdown passes. He also broke the NFL career passing yardage record with a staggering 80,358 yards!

Tom Brady’s retirement might have come as a surprise, but in hindsight the 44-year-old player has more than earned some relaxation. What do you think about the news?

Athletes Who Have Competed in World Series of Poker