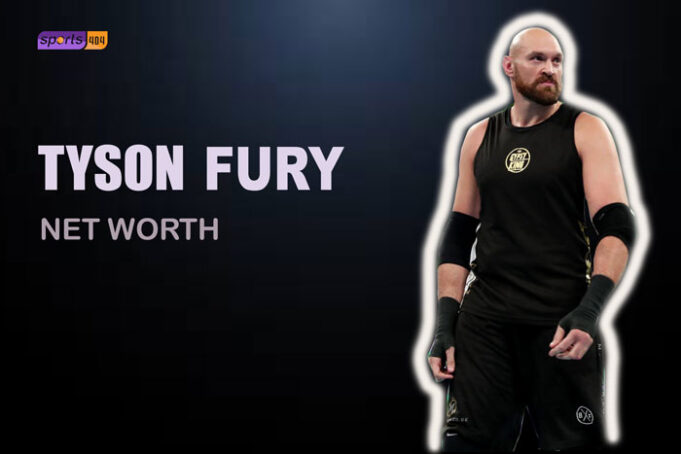 Here’s all you need to know about Tyson Fury’s net worth and what made him one of the top earners in professional boxing in 2020.

Tyson Fury is a British boxer who has been a professional boxer since 2008. The two-time heavyweight champion has held the unified WBA (Super), WBO, IBF, and IBO titles previously.

Borin to Irish parents, Tyson was born in Manchester and raised in Cheshire, UK.

Tyson is known for his brash, outspoken, and enduringly popular attitude. He has an unbeaten professional boxing record.  ‘The Gypsy King’ is the nickname Tyson has earned because he considers himself a proud gypsy.

Fury’s win against Deontay Wilder marked him as the first heavyweight champion in history to have held the WBA (Super), WBC, IBF, WBO, and The Ring magazine titles.

The Gypsy King has represented both Ireland and England as an amateur boxer at several competitions.

In 2016, the WBA, WBO, and IBO titles were stripped from Fury since he was unable to fight due to mental health issues. Moreover, The Ring also stripped him of the title in 2018 due to the same reason.

However, Fury made an impressive comeback in 2018. His last fight against Wilder in February 2020 earned him the WBC and The Ring heavyweight titles.

What is Tyson Fury’s net worth?

Tyson Fury’s net worth is estimated at around $57 million according to Forbes. Earning around $50 million from his fights, Tyson has also raked in $7 million thanks to endorsements.

Fury’s rematch against Deontay Wilder earned him a fortune. The ringster received $26 million from that one fight, almost doubling his fortunes. That rematch broke the gate record in Nevada, US as it brought in nearly $17 million.

Apart from professional boxing, Tyson Fury has also appeared in other sporting ventures such as the WWE. In 2019, The British boxer reported earned $15 million for his participation in the Smackdown and Raw segments.

Moreover, his autobiography, named ‘Behind The Mask’, was published in 2019 and has sold more than 200,000 copies.

Fury is married to his teenage sweetheart, Paris Fury. The couple now has 5 children together. His wife also boasts more than half a million followers on her Instagram.

Paris has been together with the British heavyweight boxer despite the up and downs, helping him overcome his alcoholic problem as well as drug use.

Tyson Fury supported the Brexit movement in the United Kingdom, and at one point even decided to run for parliament.