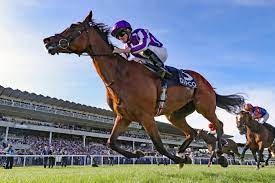 We are officially in summer, and for horse racing fans in Europe, several big meetings and events are on the horizon. For those looking to watch out for the very best of the best in Europe and bet on horse racing from around the world, here we take a look at where you will find them.

Up first, at the end of July, is the Glorious Goodwood festival that takes place on the English south coast. The big draw for Goodwood is that the meeting is full of races where Royal Ascot winners and losers can pitch themselves in again to try and either confirm their superiority or make amends for defeat.

With more than a month in between the two meetings, we see many horses that run at the Royal Ascot meeting in June, heading here as their next run, which always throws up exciting storylines. With a total of five days of racing to enjoy, there is something for everyone here. From group races at sprint distances, middle distances, and over longer trips to races for two-year-old runners and plenty of big field handicaps to enjoy for those looking to solve a tricky puzzle.

Headline races at the meeting include the Sussex Stakes, Goodwood Cup, and for handicap lovers, the Stewards Cup, which is one of the biggest handicaps to take place in the UK all season.

Arguably one of the biggest races in the UK takes place on the opening day of the meeting, with Juddmonte International over 1m2f. We have seen some of the very best win this race, and in the past, challengers from around Europe have taken part in the race, which certainly adds another element for those trying to find the winner.

The Ebor, a million-pound handicap, rounds off the action on the final day of the meeting, a hugely popular contest over 1m6f, a traditional puzzle in the UK racing calendar.

Technically, not in the summer, but certainly the curtain closer to the European flat racing calendar and a meeting everyone has their eyes on. From the home team in France to the UK, Irish, German and other challengers, this is the one meeting that brings together runners from all over Europe to take each other on.

The Prix de l’Arc de Triomphe takes place on the second day of the meeting and is perhaps the biggest European horse race. This is where the full attention is, in the past, we’ve seen horses come from as far as Japan to contest this race, but usually, we see runners from all around Europe taking each other on.

However, over the two days here, there is plenty more on offer and a rare opportunity for runners from various countries to go against each other. With a couple of big Group 1 races for two-year-olds, we also get to have a glimpse into the future of racing and see where the big names are going to come from for the following season. Many runners from the UK, as well as fans to cheer them on, make the short trip over to France for the meeting, one that has become a staple on the calendar for many fans. In terms of closing the European racing summer season, although, in October, the Arc meeting is the final big day out for everyone.