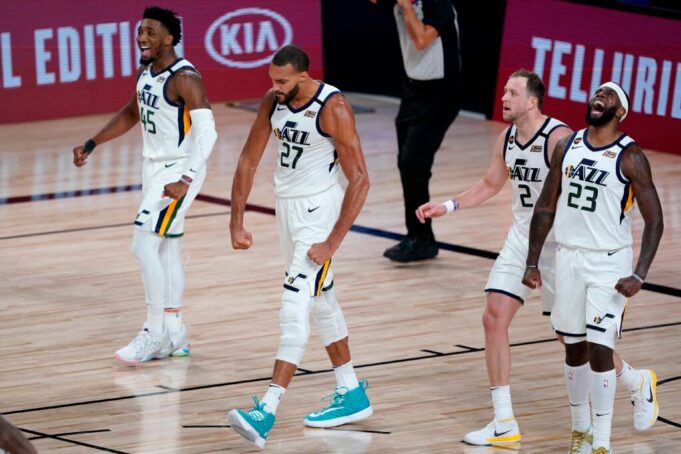 NBA-leading Jazz is in red hot form, coming off a dominant win against struggling Thunder with a score of 106-96 on Tuesday night. Jazz was going into this game with a shocking loss against Wizards, with Wizards breaking their 24-game home streak win. Jazz knew that their work was cut-out against the crumbling Thunder, so they rose to the occasion with a dominant win against the former. So, next comes the important game in the league i.e Utah Jazz vs Indiana Pacers.

So, if you guys are interested in knowing about the live streaming, kick-off, and other aspects related to the Utah Jazz vs Indiana Pacers game, then you are definitely at the right place. 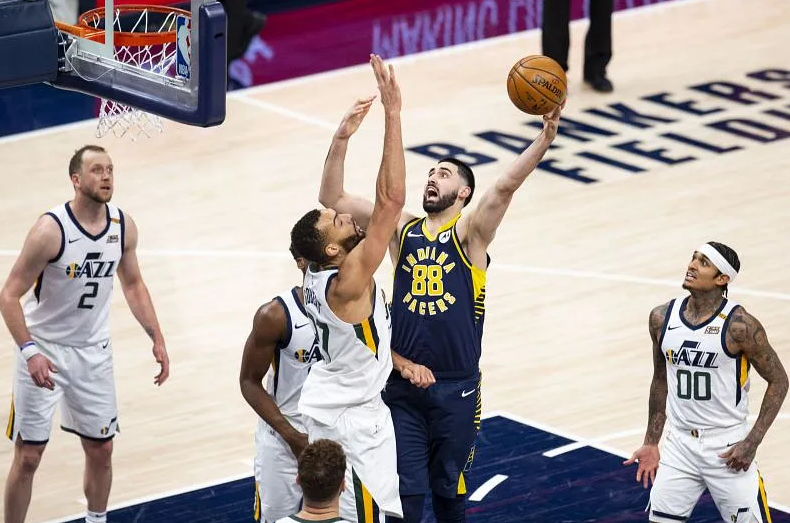 Utah has been in quite a terrific form this season leading the NBA board with a dominant showing against various top teams. In a previous meeting between Jazz and Pacers on Feb 07, 2021, the former headed to the Bankers Life Fieldhouse, USA, strutting with confidence and coming up with a dominant display. Jazz defeated the Pacers 103-95 on the night. It was Jazz’s 15th win in 16 games, with D.Mitchell came with one rebound of a triple-double with 27 points, 11 assists, and nine boards.

Jazz improved their NBA-Best record to 19-5 despite missing their spearhead Mike Conley, with him being scratched due to hamstring injury on the night. While Pacers struggled in the various part of the game and were not able to match the pace of Jazz. Pacers are coming off a loss against the Clippers and would wish to turn things around in their favor but they have to first lock horns with Houston on Wednesday night, who are also struggling for form. So, it will be a good chance for the Pacers to rectify them before they face the Mighty Jazz on Friday night. Jazz will be coming to this outing with confidence as they won against the Thunder on Tuesday night. But some injury scars have been worrying for the Utah coach Quin Snyder.

Following is the Roster of Pacers for NBA season 2020-21

How to watch Utah Jazz Vs Indiana Pacers

NBA has distributed league rights to various broadcasting partners across the world. This is why I have listed out all official broadcasters(T.V channels) of the NBA league.

All these channels are available on cable and satellite TV. You can contact the service provider in your area to see the live coverage of the NBA on the aforementioned channels.

The Utah Jazz has a slight edge on Indiana Pacers after win in the previous outing in Feb 2021. Jazz will be looking to improve their record against Pacers when the former will take on the Pacers on April 16th,2021 3:00 PM ET at Vivint Smart Home Arena stadium, Salt Lake City, USA ON Friday. 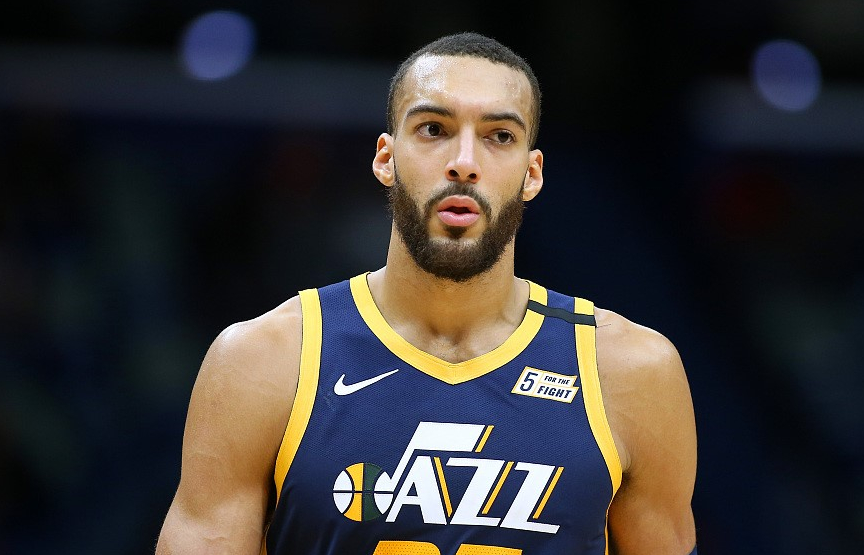 Utah Jazz started the season with a bang, defeating Portland Trailblazers by 120-100. Rudy Gobert had 20 points and 17 rebounds in a dominant season-opening performance. Gobert was instrumental in controlling the inside while he received a fair volume of support from outside. Mike Conley, Donovan Mitchell, and Bojan Bogdanovic all made four 3-pointers and Joe Ingles and Jordan Clarkson knocked down three apiece. Mitchell also scored 20 points. It seemed like Jazz were ready as ever to deliver the punch this season but this progress was halted by a defeat in the hands of Minnesota. Timberwolves rallied late in the game, surpassing the reluctant Jazz by 116-111.

But jazz got together in the next game well and overcame Oklahoma city marginally by a score of 110-109, with Bogdanovic again putting a shift, scoring 23 points on the night with Conley assisting him equally with 9 assists and 10 rebounds. Jazz again had to suffer a defeat in the next game, with Phoenix Suns being the culprit in this case. D.Booker of Suns was impressive on the night, sinking Jazz by the score of 106-95.

After the game, star player Gobert said that “Teams have been coming out being aggressive and it’s taking us too long to react. We have all the weapons to counteract that, but tonight it took us too long to adjust again.”

Wake up Call For Utah

That defeat was surely a wake-up call for the Jazz. And this wake-up surely did wonder with Utah naming commanding victories over LA Clippers and San Antonio with the score of 106-100 and 130-109, respectively. Conley and Bogdonavic were again influential in the wins, receiving assistance from Mitchell, Favors, and Gobert.

Praising Conley after the game, LA Clippers coach Tyronn Lue said, “Conley was great. He was special. We did a great job on Donovan and (Bojan) Bogdanovic, giving different looks and coverages … but Conley’s shot-making made the difference tonight.

But this series of wins didn’t last long as Jazz had to suffer a thumping loss against Brooklyn. This loss really had shattered the confidence of the pack resulting in another close loss to the New York Knicks. After the game, Mitchell talked to the media and said, “At the end of the day, we’re going to do this. It’s just a matter of when we will get things to figure out”.

So, it happened quickly next up with the Jazz recording an 11-win streak that seemed to be formidable. Utah seemed to be brewing with confidence, bashing every other team in their path. Mitchell and the co. had really joined the party, with Mitchell scoring almost doubles in every game. Teams found it difficult to keep a check on Mitchell and co. With different players taking turns leading the offense, the Utah Jazz wasn’t just winning — they were winning big. Bogdanovic was instrumental in the last win of the streak, scoring season-high 32 points in the game with 17 points in the third quarter.

Talking to the media, Bogdanovic said, “Just this morning coaches said they want me to shoot more, to be aggressive, but it’s sometimes it’s hard when you’re struggling and you don’t see the ball getting through the net. I’m trying to be myself trying and be aggressive no matter what percentage I’m shooting.”

Jazz had been running riots this season, scoring 117.2 points per game, which is third-best in the league while allowing only 108/game. The rebound score truly depicts the dominance of Jazz in the league scoring 48.3/game, none to others claiming the top spot. Utah is currently top of the league overall as well as 1st in the northwest standings with only Denver seems to be reeling behind the table toppers.

Donovan Mitchell, shooting Guard, is the most fundamental player in the ranks of Jazz, and stats truly depict that as well. Mitchell stalks up nearly 26.5 points/game making him the 9th best point scorer in the league, with 5.3 assists/game as well on his name. Behind the Utah Jazz’s eleven-game winning streak, Mitchell was instrumental, scoring season-high 42 points against Sacramento Kings. This score being the most prominent of his, also reflects what Mitchell brings to the table for Jazz. His understanding of the game and slipping into the places in court where he easily finds the bucket, makes him stand out from the others. Jazz will be hoping that he keeps on performing well and stays injury-free.

Jazz coach Quin Snyder believes that the success of this team truly depends on teamwork but players like Mitchell really make his work easy. He said that he is blessed to have Donovan on his team.

Mike Conley, a Point guard, is another one who is holding the Jazz well, scoring 16.6 points/game and assisting with 5.4 points/game. Considering his role in the game, that’s quite impressive for a player who plays as a point guard. His smooth play, critical sense of game has proved to be beneficial in the prior success of Jazz. Moreover, his contributions are also significant.

Rudy Gobert is another player to be watched out in the Miami squad. The young French has proven his worth in the past and is determined to help out the team. Rudy Gobert records 2.8 blocks/game, roughly scores 14.4 points/game along with 13.4 rebounds/game. His defensive work during the whole season has been appreciated by the greats of the game.