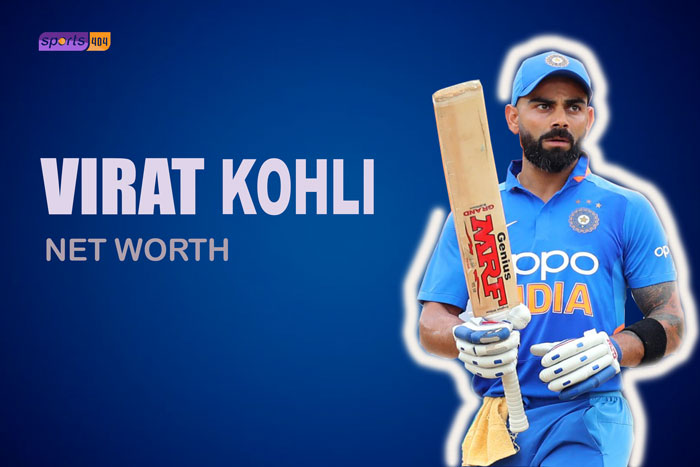 Is there even a need to introduce Virat Kohli? The man who is perfection! He has worked his way into being the top batsman in the world. His huge success at the young age of 32 is the reason for his hard work, his dedication, and his love for cricket. He is not only a famous batsman; he is also one of the richest athletes with a likely net worth of $125 million in the year 2021.

Virat Kohli is a right-hand batsman and the current captain of the Indian cricket team. According to the ICC rankings, Kohli tops the chart for best ODI ratings, standing at 911 points; for best Test rating, at 937 points, and for T20I at 897 points.

His fans around the world want to know more about him, how he lives, how he goes about his day, what is his net worth, and much more. So, let’s begin. 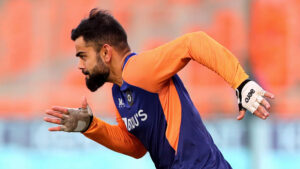 Virat Kohli’s net worth in 2021 is estimated to be $125 million. He is one of the three cricketers selected for A+ contracts in India, this contract assures a salary of $1 million, i.e., ₹7 crores annually.

His net worth not only comes from his career as a top-notch cricketer but also from plenty of brand endorsements, television ads, and appearances in different shows worldwide. His popularity and his die-hard fan base can be observed by his social media channels. He tops the list in Asia for having 100 million + followers on Instagram only.

According to the sources, Virat charges up to ₹50,000,000 for a single brand endorsement. And about ₹25,00,000 for an advertising Instagram post. For other ads, like in IPL, he charges about ₹30,00,000 for the advertisement. He has advertised for many brands like Puma, Philips, Audi, Wrogn, etc., during IPL. Virat also charges ₹3 crores a year to put the MRF logo on his bat.

There are several other advertisements and brands Virat endorses and get a lot of profit for them and from them.

Virat Kohli’s net worth in 2021 comprises of his 3 most lavish and beautiful houses, respectively in Delhi, Gurgaon, and Mumbai. The place he currently resides in with his family is Omkar in Mumbai. This house in Mumbai is worth ₹35 crores, with a swimming pool, several bedrooms, game rooms, etc.

Virat Kohli has an extremely fascinating car collection. Some of the cars he owns are listed below:

Few of these cars are a gift to him by the company Audi. Others are worth more than ₹18 crores. All these cars are high-tech. Audi R8 and Lamborghini Gallardo are sports cars.

Virat married the love of his life, and a famous Bollywood actress, Anushka Sharma in December 2017. They welcomed their first baby, a beautiful girl, in January 2021 who they named Vamika. They live in their Mumbai home ever since they got married.

Virat has two siblings; a sister Bhawna Kohli and a brother named Vikash Kohli, who is a businessman and co-owns a restaurant in New Delhi. Virat’s mother, Saroj Kohli, is a housewife and his father, Prem Kohli, was a criminal lawyer by profession and died in December 2016 due to a stroke, unfortunately.