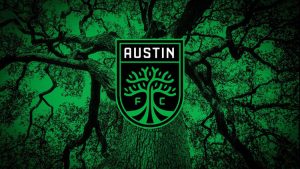 Austin FC is a professional soccer club that competes in Major league soccer. Austin FC is the 27th club that has joined the MLS. They started playing this year and this is their first season. Austin FC is a member of the western conference table. The first season would put a lot of pressure on this club but they are a strong team and can reach the playoffs in the first year itself.

The club was formed in 2018 and within three years it started competing in the MLS. They are having great growth in their fanbase. For all the fans of this new club, find out about the squad, upcoming fixtures, and much more. Also, find out the live streams and the official broadcasters of MLS.

Austin FC has played 9 matches till now in the MLS. Here are the remaining fixtures of the MLS. The time is standard UK time.

Where can I live stream Austin FC games?

You can live stream the games of the Austin FC on FuboTV. They also allow free streaming. Other channels where you can see the games are Hulu, Sling, and Direct TV.

Fotmob – It’s an application that has the live scores, fixtures, league table, match statistics, player statistics, and much more for any team you want, They have the leagues according to country. They have more than 200 football leagues in their database. You can also select your favorite players, leagues as well as teams. For example, if you select Messi as your favorite you will get to know whether he is in the lineup or as a substitute if he scores a goal if he grabs an assist. Also if he is given a card during the match you will get a notification on your device. It’s a user-friendly application for all football lovers. You will also get the latest news about your favorite teams.

Austin FC is currently in the 9th position in the Western conference table. They have played 9 matches but sadly only won 2 of them. The total points are 9 from 9 games. Austin FC has a goal difference of -3. As they are a new team, Austin had only one game in their home. They had 8 away games since the start.

Currently, Austin FC has an unbeaten streak of three games They drew their last three matches but they will be looking for a win in their next match against Minnesota.

Austin FC had the most players coming to the club this season, The most number of transfers were from New York City FC. From the goalkeeper to the forwards, they formed a new team. A maximum number of players are from the MLS teams only. Brad Stuver, Aedan Stanley, and Alexander Ring are some of the players from NYCFC.

The key players for this new club would be Dominguez, STroud, Diego, and Jon. These players are the supporters in the forward line of the team. Dominguez has 3 goals whereas Diego has 2 goals. Stroud is having 2 assists till now in the season. Other Players which are important for this would be Besler, Stuver, Lima, and Cascante are the players who manage the defense. These players would be the reason why Austin Conceded 1 goal in 3 matches.

Where can I watch the highlights of Austin FC?