Alkmaar Zaanstreek which is also known as AZ or AZ Alkmaar is a professional football club which is from Alkmaar and Zaanstreek. They are a dutch club that plays in the top league of dutch, Eredivisie. AZ has formed 54 years ago and for the past 20+ years, they are in the top flight.

AZ Alkmaar has some of the trophies in its name. They have won the Eredivisie twice in their history. One came in the 1980s whereas the second one came in the 2008/09 season. AZ has also won the KNVB Cup 4 times. The recent one was in the 2012/13 season. Another domestic cup that they have won is the Super Cup in the 2009/10 season. AZ has also featured in the Europa League. They were the runner-ups in the 1980/81 season. This season they might get a chance in the Europa League as they have reached the final stage of the qualification. Find out more about AZ Alkmaar and also find the official broadcasters of Eredivisie.

Here are the fixtures for the new season. The time is standard UK time.

How to watch AZ Alkmaar matches in the UK?

The Dutch Eredivisie football on TV is live on Premier Sports for the 2021/22 season showing up to 3 live matches each week. Ajax is the current Dutch champion and is regularly broadcast as well as other major clubs PSV, Feyenoord, FC Twente, and Utrecht.

How to watch AZ Alkmaar matches in the USA? 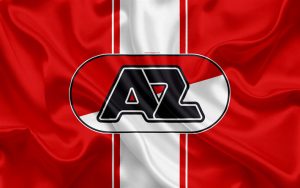 AZ ALkmaar has started their season with a loss against RKC Waalwijk. In the last season, they finished in the third position. The total points after 34 games were 71. AZ Alkmaar had won 21 games and lost just 5 in the whole season The goal difference was 34. They scored the second-most goals in the league which was 75. AZ will be aiming for a top finish this season also.

The key players for AZ ALkmaar would be Sam Beukema, Jordy Clasie, Fedrik , Jelle and Hakon. AZ has been busy in the transfer market. Their manager, Pascal Jansen will have the first full season with the club as he was appointed midseason in December 2020.

Where I can watch the highlights of AZ Alkmaar?

You can watch the highlights of AZ Alkmaar on their official youtube channel. The highlights are also available on their website as well as on youtube.