Cincinnati Bengals ended the 2020 season with a 4-11-1 win-loss-tie record. It was another tough season on the back of an abysmal 2019 season with major injuries hampering their ability to win some games. Bengals’ 6-25-1 record over the last two seasons is not pretty to any NFL fan but head coach Zac Taylor, who has been retained for his third season will be looking for a reaction from his roster. You can follow all the action with the Reddit NFL Cincinnati Bengals live stream and links in this article.

The Bengals struggled to win games even before QB Joe Burrow’s injury and the football really wasn’t pretty after that blow. The offensive line and the defense have received fair criticisms when many were trying to point out the reasons for such shortcomings.

Cincinnati struggled with running the ball throughout the 2020 season and Burrow was put in too many difficult situations to dig themselves out. Bengals’ defense had major breakdowns with struggles clearly felt in pass coverage and was further amplified by at times their non-existent pass rush towards the opposition. 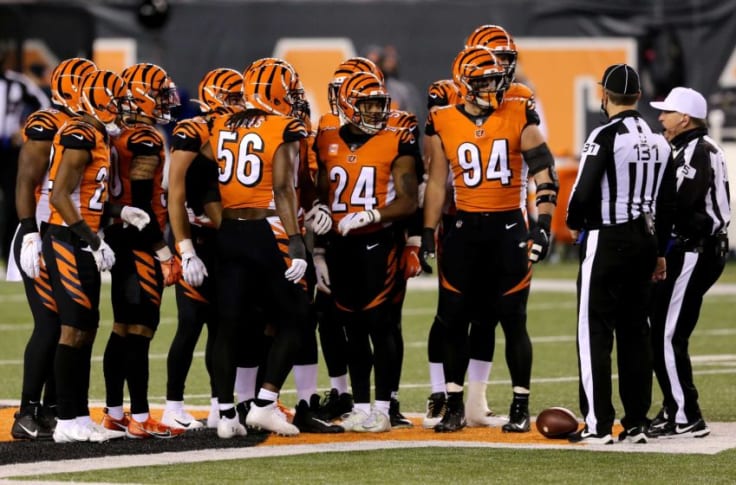 The AFC North has been one of the best and standout divisions in all of the NFL. The division possesses many strong teams that finish consistently in the playoff hunt and have really exciting end-to-end football. The inner-divisional rivalry is arguably one of the biggest and toughest in the NFL in the modern era.

All these factors really make the Bengals, one of the franchises to watch in the 2021 NFL season with AFC North football promising to entertain with their end-to-end football games.

The Cincinnati Bengals find themselves in a critical offseason, where on-field results are now needed to justify their faith in coach Zac Taylor. The franchise would be looking to build around their budding talented star QB Joe Burrow, who had an exciting rookie NFL season before suffering a season-ending knee injury. With the Bengals clear of the salary cap, Cincinnati had ample room to improve its roster in a big way to showcase progress.

The signings of DE Trey Hendrickson, OT Riley Reiff, CB Chidobe Awuzie, CB Mike Hilton, RB Samaje Perine all will really shore up their defense which was considered one of the key areas that the Bengals were lacking during the disappointing 2020 season.

The limited risk signing of WR Mike Thomas has seen some Bengal fans really question some of the franchise’s moves to help QB Burrow and his progression. An interesting thing would be to look at how they navigate to reclaim some of their lost identity. You can watch all the live NFL action on these apps:

The Steelers-Bengals rivalry has the games, having got something that brings extra excitement and emotion whenever both franchises take the field. Steelers lead the Bengals in the all-time regular-season series 65-36.

Cincinnati Bengals have lost the last 11 of 12 meetings against the Steelers with the 2015 season marking Cincinnati’s last victory.

Bengals has played the Steelers 101 times and has been one-sided with endless stories, moments, and quite intriguing games to look back on and a rivalry that has become as heated as ever.

But no matter what moves take place in both franchises, there will only be more amazing moments that will be added to the amazing legacy these two AFC North foes have shared and fought for against each other.

If you live in the USA and are a zealot fan of American football, then NFL matchups especially Bengals matches are not at all hard to stream from within the walls of your home.

How To Watch Cincinnati Bengals live stream on mobile and tablet

How To Watch Cincinnati Bengals Highlights?