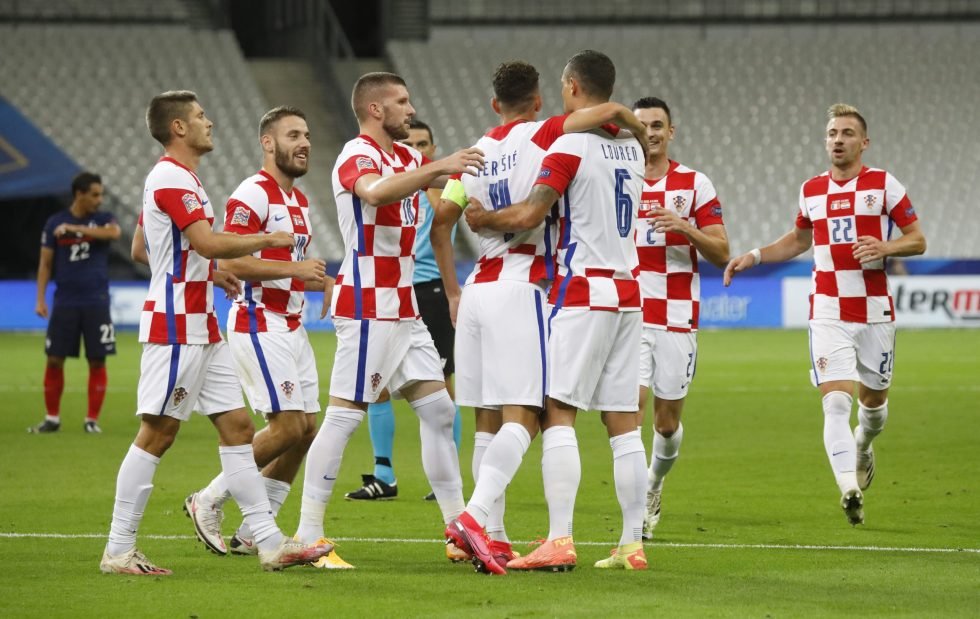 Winning a closely contested Group H of the UEFA World Cup Qualifiers, Luka Modric’s Croatia National Team is all set to put their best foot forward in the marquee International contest. The group consisted of Russia, Slovakia, Slovenia, Cyprus, and Malta. FIFA suspended the second-placed Russians who eventually advanced to the playoff. The massive violence that took place between Russia and Ukraine initiated this decision. However, they gave Croatia National Football Team good competition finishing second at just one point difference.

Croatia National Team started their campaign with disappointment as they went 1-0 down to Slovenia. Sandi Lovric’s 15th-minute goal remained the difference between the two sides. The loss acted as a wake-up call for the former finalists who then made amends with a 1-0 victory over Cyprus in the next game. Mario Pasalic got the winning goal in this game.

The full Croatian force was faced by Malta in the next game as Croatian icons like Ivan Perisic, Luka Modric got on the scoresheet to complete a 3-0 victory. They were again held in their flight by the Russians who played out a clinical 0-0 draw against the Checkered, a huge result for Russia indeed. Marcelo Brozovic came to his side’s rescue in what looked like another 0-0 game against Slovakia to win it in the 86th minute.

The Checkered stepped on the gas for their next fixtures where there wasn’t any shortage for goals. They hit Slovenia for three goals and conceded none. From there, they went on to repeat the same scoreline against Cyprus. The following game against Slovakia was Croatia Team’s next big speed breaker as they were held for a 2-2 draw with Luka Modric scoring the all-important equalizer in the 75th minute to win one point for his country.

The penultimate game against Malta was a show-off performance as they scored seven with Lovro Majer scoring twice. Marcelo Brozovic’s unlucky intervention ended up in his own net and the Croatia National team’s clean sheet was lost in the 30th minute. In the final game, the Russians came close to the first spot. But, Fyodor Vasilievich Kudryashov’s own goal in the 81st minute guaranteed that Croatia will gain a straight qualification to the mega event in Qatar.

Croatia Football team also took part in the European Championships where they reached the Round of 16 stages only. Spain who won 5-3 eliminated them. Ivan Perisic was their highest scorer in the competition with only two goals. Perisic alongside Modric and Mario Pasalic remained the top scorers in the UEFA Qualifiers for Croatia with three goals each.

Zlatko Dalić’s men remained unbeaten in the UEFA Qualifiers. But, a poor show in the Euro 2020 means that their otherwise unbeaten run is spoilt. It is now seven-match unbeaten and a two-match winning streak that the checkered side is currently on.

Two major injury concerns have hit Croatia in Dejan Lovren and Sime Vrsaljko. The 32-year old center-back, Lovren hasn’t been available since the second week of February, out with an injury to his ankle. There haven’t been any updates about his estimated return. A muscular overrun means that the Atletico Madrid man, Vrsaljko will remain sidelined for a few weeks. He picked up the injury very recently on March 7, 2022, in a LaLiga game against Real Betis.

Strengths and weaknesses of the Croatia team

Luka Modric is an expert set-piece taker. Resultantly, he can deliver inviting crosses and some of his balls have been on the end of a few famous goals. Croatia Football Team is definitely a side known for their set-piece threat. The attack is especially strong in the air with expert headers of the ball like Brozovic and Perisic.

The weak link however is the defense that is without a single big-name player. Domagoj Vida is the one experienced leader at the back. Other than him, Croatia National Team has only tried to experiment with younger names. Therefore, the manager needs to find his preferred backline because as is said, a good attack will win you games, a good defense will win you tournaments.

There is one player who has become synonymous with the Croatia national team and that is Luka Modric. The 36-year old veteran carried the nation to the finals of the FIFA World Cup in 2018. He has looked in brilliant form this season and will end up being a key campaigner for the checkered team.

Ivan Perisic has similar respect within the squad as Luka Modric and will be Croatia’s key player in terms of goal scoring. Marcelo Brozovic is another star player whose role in the defensive midfield will be extremely important for Croatia National Team. The same goes for Mateo Kovacic.

Croatia football team players to watch out for

West Ham’s attacking midfielder Nikola Vlasic had dropped key performances in Euro 2020 and would certainly be one player on the minds of the Scouters. He could be destined for a future with a bigger club and would like to make a case for the same in Qatar 2022.

RB Leipzig’s 20-year-old central defender, Josko Gvardiol would be a possible breakout star moving into the World Cup. At just 20 years of age, he is getting regular first-team minutes in the Bundesliga and would be willing to replicate this success on the international stage. Given, Croatia National Team’s vacancy in central defense, a watchful campaign can go on a long way for the young man.

Various official broadcasters around the world will broadcast the Qatar 2022 World Cup. Sony Network India Pvt. Ltd. (SPNI) has the broadcasting rights for the countries in the Indian Subcontinent. The several channels on the Sony lineup will help Indian viewers catch Croatia match live stream.

In the UK, the broadcasting lie with BBC. Fans should be able to catch the games on ITV websites and applications alongside the BBC iPlayer, BBC News, and BBC Sport. It is the best free Croatia live football TV streaming.

Fox Sports has rights for English telecast in the USA. At the same time, Spanish network – Telemundo will telecast the action in Spanish language. For OTT services, viewers in the USA can turn to fuboTV, SlingTV, Hulu+ Live TV, AT & T TV Now or Youtube TV live streaming football.

beIN Sports will telecast in the middle east and North Africa. The 2Sport2 will help the viewers in the host nation, Qatar. And pay-TV is in charge in Russia. Antenna TV will telecast within Greece. In Italy, Rai is the official broadcaster. MEDIAPRO Network has the rights in Spain.

Bell Media is the official broadcaster in Canada. Brazil’s largest media company Globo will broadcast in entire Brazil and the Caribbean. China Central Television (CCTV) will broadcast action for Chinese fans. Lastly, Al Jazeera is operating in the MENA region.

Croatia Match Live Stream will be available on various websites and application. The FIFA World Cup 2022 is the biggest sporting event in the World. Hence, there would be a lot of sources that would provide streaming services.

For paid services, official OTT platform partners like Sony Liv, BBC iPlayer, Hulu +, and YouTube TV are the best places. Viewers can easily rely on these services if they have a subscription. For others who would like to stream these matches without any cost, here is a list of recommended Croatia live football streaming sites. These should help in FIFA World Cup Live Streaming.

Major governing bodies of world football like UEFA, FIFA, Conmebol, AFC, etc. will also extend their broadcasting services for free through their official sites or a YouTube or Facebook live stream extension. This would be active for the whole Qatar World Cup schedule. These streams are official in nature. Therefore, should be reliable in quality. This is the best free live football streaming. We at Sports404 will update relevant information on Croatia live football TV streaming services as and when information emerges around Qatar 2022 World Cup.