Football Club Groningen is a Dutch professional association football club based in the city of Groningen, Groningen province. They are currently in the top-tier league of Dutch football, The Eredivisie. The club was formed in 1971 which marks this year as its 50 years. FC Groningen is in the top league for the past 22 years.

Arjen Robben was one of the world-class players who came out of this youth club, to play for one of the best teams in Germany, Bayern Munich. Before retiring he came back to play for his boyhood club. Robben had 12 goals in 59 matches that he played for the club before retiring. He also assisted 7 times in those matches.

FC Groningen has won the Eerste Divisie once in 1979/80. After this season they have not yet been relegated to the second league. The win of that season gave them the promotion to the Eredivisie. FC Groningen has also won the KNVB Cup once . The season was 2014/15. In 2015/16, they were the runner-ups of the Super Cup. Find out about the upcoming fixtures, squad, and much more. Also, find out the live stream and the official tv broadcasters of the Eredivisie.

How to watch FC Groningen matches in the UK?

The Dutch Eredivisie football is live on Premier Sports for the 2021/22 season, showing up to 3 live matches each week. Ajax is the current Dutch champion and is regularly broadcast as well as other major clubs PSV, Feyenoord, FC Groningen, and Utrecht.

How to watch FC Groningen matches in the USA? 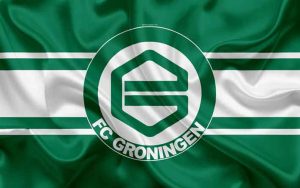 In the previous season, FC Groningen had a decent finish. After 34 games, they were in the 7th position with 50 points. FC Groningen had won 14 games and lost just 12 games in the whole season. The goal difference ended up as +3 at the end of the season. In the last five matches, FC Groningen was only able to get 4 points out of a possible 15. This season also FC Groningen will be looking for a top 10 finish.

Danny Buijs is the manager of FC Groningen for the ast 3 years. He would be well versed with their team in the context of their strength and weakness. The key players for him as well as FC Groningen would be Cyril Ngonge, Tomas Suslove, Larsen, and Bjorn Meijer. Cyril has already scored two goals this season whereas Larsen has one goal in his name. It will be a rising season for young players.

Where I can watch the highlights of FC Groningen?

You can watch the highlights of FC Groningen on their official youtube channel. The highlights are also available on their website as well as on youtube.