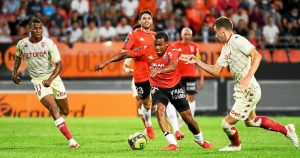 FC Lorient managed to stay up in the league last season but did make it a task for themselves. Although a 16th-placed finish in Ligue 1 is not bad, the points portray a different story altogether. Lorient was just 2 points away from the relegation playoff and their end-of-season form was key to their ultimate league finish.

This article provides information on how to live stream Lorient, and where you can stream them.

Where can I watch the highlights of FC Lorient?

Schedule for FC Lorient for Ligue 1